From wide-angle shots to artsy bokeh effects, phones with dual cameras raise your photos to the next level.

Phones with two cameras on the back have been around for many years now (think 2011's HTC Evo 3D). Though the trend isn't completely ubiquitous yet, it is well on its way. Thanks to a few heavy-hitting flagships that rolled out last year in 2017 and continue healthily through this one, the dual-camera setup may be here to stay. Read on to see what phones are sporting this trend.

Editors' note: We update this gallery whenever new dual-camera phones are announced. It was originally published Nov. 11, 2016.

The ultrapricey Note 9 is a big, beautiful phone with top-tier specs, including a massive battery and internal storage that starts at 128GB. The new S Pen doubles as a wireless remote for taking long-distance selfies.

The iPhone X shook up Apple's iPhone lineup as we know it. In addition to its vertically stacked rear cameras, the 5.8-inch device has ultraslim bezels, an OLED display and Face ID. Its dual camera includes a "telephoto" lens that lets you zoom without degrading quality. It also has a depth-of-field feature that blurs the background of your photos while keeping the foreground in focus.

The Galaxy S9 Plus is nearly identical to its little Galaxy S9 brother, but it has a few key differences: Instead of just one 12-megapixel camera, it has two. It also has a bigger battery to power that larger 6.2-inch screen. Other than that, however, the phones are relatively similar and both have a Snapdragon 845 processor, Android 8.0 Oreo and a water resistant design.

Though it's LG's priciest phone to date, the superfast V35 ThinQ is water-resistant and has a headphone jack, a brilliant OLED screen and a long-lasting battery. Its dual camera setup includes one standard lens and a wide-angle camera so you can fit more content in each frame.

As the only exception in this gallery, the P20 Pro actually has three cameras on the back. It has an astonishing 40-megapixel sensor (this is your main color camera) as well as a 20-megapixel sensor that shoots only in black and white but adds detail to shots. Lastly, there's an 8-megapixel telephoto lens that helps you zoom in. Unfortunately, the phone isn't available in the US.

The OnePlus 6 doesn't seem to stray far from its predecessors when it comes to its camera specs. But its main (16-megapixel) camera sensor is now 19 percent larger and it has optical image stabilization -- a feature OnePlus fans have been long requesting.

The Moto Z3 Play comes with an extra battery pack that gives it two-day battery life. Its take on Android 8.0 Oreo is a pleasure to use, and the fingerprint sensor on the phone's right side is easy to reach. And if you're part of US carrier Verizon's network, you may be interested in the Z3, which includes 5G-connectivity via an attachable accessory.

Nokia's Sirocco flagship looks a bit like last year's Galaxy S8, but that's not such a bad thing. The elegantly designed 5.5-inch phone is water resistant, packs 8GB of RAM and features 12- and 13-megapixel rear cameras.

As the successor to Apple's 2016 flagships, the iPhone 8 Plus offers much of the same from the iPhone. This time around, however, the phone has new camera tools to tweak with the lighting in Portrait Mode, a sleek glass back and wireless charging.

Though not as flashy as its P20 Pro cousin, the mid-range Honor 10 delivers the same fast speeds and glossy looks at half the price. It has a standard headphone jack too.

Created by the founder of Android, the Essential phone is made of titanium and has a magnetic connector in the back that works with a collection of add-on accessories. Flash sales and discounts often mean that the Essential Phone offers serious bang-for-the-buck depending on when you buy it -- but be wary of its mediocre camera and battery life.

Like the V35 ThinQ, LG's latest G7 features a wide-angle camera with some AI tricks up its sleeve. The camera can give your photos an extra boost before you snap them, and it automatically optimizes your camera settings when it recognizes certain objects and environments.

Nope, your eyes aren't tricking you. The Asus ZenFone 5 looks a lot like the iPhone X. But it's an Android phone and costs about half the price of Apple's device. Along with the slightly pricier ZenFone 5Z, the phones feature a 3,300-mAh battery with quick charging and a dual camera with a standard and wide-angle view.

Along with its S60 predecessor, the S61 is one of the most novel phones on this list. Not only is does it have a built-in thermal imaging camera so you can visualize temperatures with some trippy pictures, it packs an air quality sensor and a laser-assisted measuring tool as well.

The Phab 2 Pro from 2016 didn't have two cameras in the traditional sense (you can only take pictures with its single 16-megapixel shooter). But as part of Google's now defunct Tango initiative, it did have a whole additional camera setup to measure distances in 3D. From there, it rendered virtual- and augmented-reality environments through your phone -- which was still pretty neat.

Featuring a 5.5-inch display, a generous 20-megapixel selfie camera on the front and Android Nougat, the R11 from 2017 packed a lot of hardware. Its two cameras on the back included a 20-megapixel and a 16-megapixel lens, with 2X optical zoom. 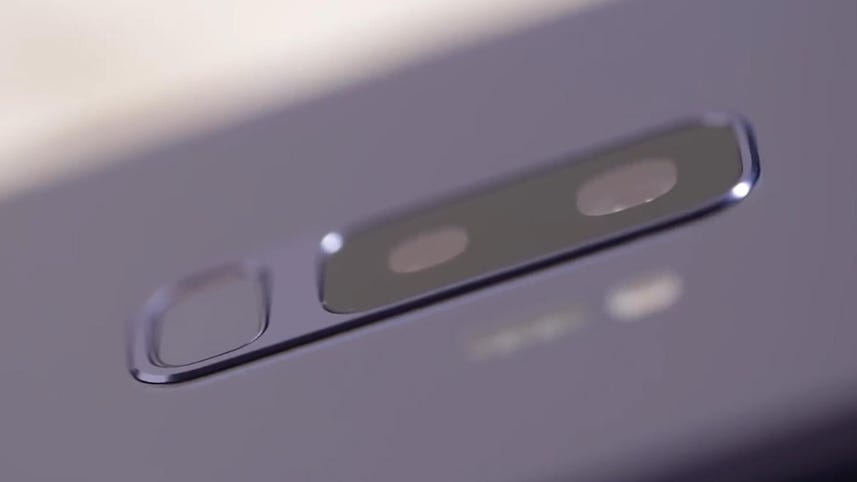 The trend isn't completely ubiquitous yet, but it's well on its way. Here are some of the best out there.