At first glance, the 2019 Lincoln Nautilus looks like a completely new vehicle. In reality, it's a midcycle update of the second-generation MKX that launched in 2015. To its credit, the 2019 Nautilus represents one of the more substantial facelifts we've seen recently, with new exterior styling, drivetrain enhancements and feature-set revisions. The end result is a luxury crossover that's worth your attention.

The 2019 Lincoln Nautilus looks better than its MKX predecessor, the adaptive suspension provides excellent ride comfort and its upgraded seats are wonderful.

The eight-speed automatic transmission could use some refining, and backup camera image quality is disappointing at this price point.

Lincoln’s new Nautilus is an attractive proposition for people looking for a comfort-focused luxury crossover.
Watch this: 2019 Lincoln Nautilus: A classier new name for a classier crossover
04:01 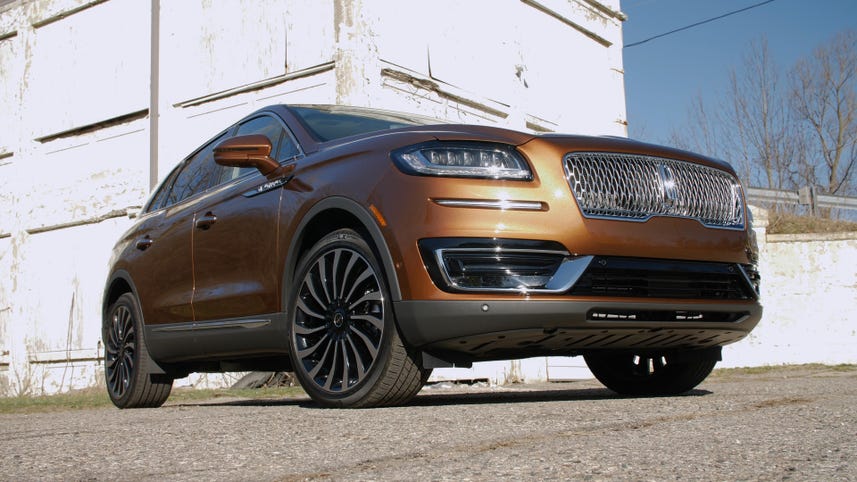 While some midcycle updates are nothing more than barely noticeable nips and tucks, the Nautilus' overhaul is drastic, especially up front. Gone is the busy, split-wing grille of the old MKX, replaced by a single-frame chrome design that ties the Nautilus to its other Lincoln stablemates. This reasonably sized grille is in stark contrast to what BMW is doing with its steroid-infused kidney grilles or Lexus' can't-miss spindle mugs -- we wish more automakers would adopt this less-is-more ethos.

Complemented by new wheel designs and a reworked front fascia, the result is a Nautilus that isn't wildly emotional or over-the-top in appearance, but a clean, classy crossover. It's quite attractive, especially in my test car's shade of chroma elite copper paint.

Different as the exterior is, the Nautilus' cabin hasn't received the same overhaul. But that isn't necessarily a bad thing. There are generous amounts of head- and legroom for both front and rear passengers, and there's a sizable 37.2 cubic feet of cargo space in the trunk area, which grows to 68.8 with the backs eats down. Soft, leather-wrapped surfaces in a two-tone brown and white color scheme look and feel premium, while new-for-2019 acoustic side glass and more sound insulation keep everything hushed inside.

2019 Lincoln Nautilus: A new name and a new face

The cabin's big change is the addition of a 12.3-inch digital instrument cluster. A center stack with nice-sized and clearly marked knobs and buttons to control audio and climate remains, though this is the one area where the Lincoln is starting to look dated.

Spearheading infotainment in the Nautilus is Ford's venerable Sync 3 interface that gets Lincoln-specific background colors, housed in an 8-inch touchscreen. Sync 3 definitely isn't as visually impressive to look at as systems from Audi and Mercedes-Benz, but it's intuitively laid out and is responsive enough to commands. The onboard navigation system calculates routes in short order and the 19-speaker Revel Ultima audio setup in my range-topping Black Label tester offers clear, crisp sound.

Other tricks up Sync's sleeve include a 4G Wi-Fi hotspot and integration for Amazon Alexa and Waze. Both Apple CarPlay and Android Auto are also standard for folks who prefer to turn infotainment responsibilities to their smartphones. 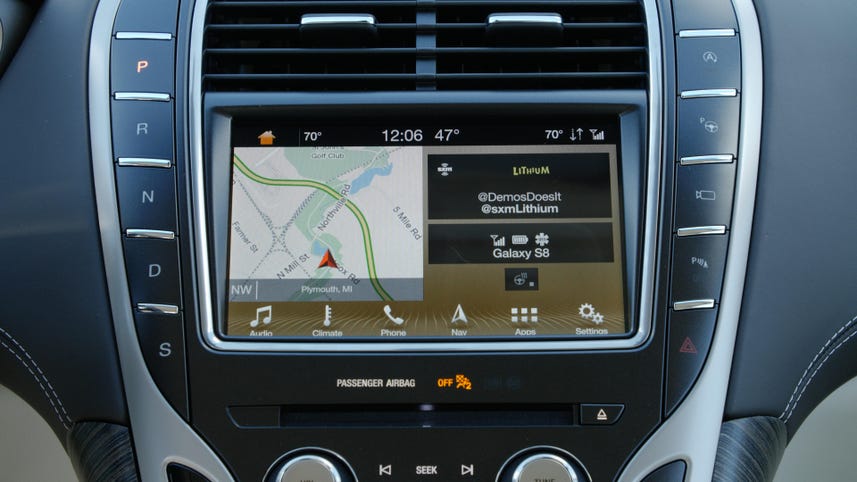 Checking the tech in the 2019 Lincoln Nautilus
2:15
Watch Now

The Nautilus' power point game is strong as well, with people in front having access to a wireless charge pad, two USB ports and two 12-volt sockets. Kids in the backseat shouldn't have any issues with dead phones or tablets, either, with a three-prong plug and 12-volt outlet within easy reach on the back of the center console.

Comfortable, but not perfect

On the performance front, the Nautilus gets a new 2.0-liter turbocharged four-cylinder base engine with 250 horsepower and 280 pound-feet of torque. My tester, however, has the bigger and badder 2.7-liter twin-turbocharged V6, churning out 335 horsepower and 380 pound-feet of torque. Both powerplants work with a new eight-speed automatic transmission. With the more powerful engine and all-wheel drive, the Nautilus is estimated to return 19 miles per gallon in the city and 26 mpg on the highway.

In Sport mode, there's noticeable power lag under initial acceleration, but the engine really wakes up above 2,000 rpm. However, the transmission could use some work. Shifts aren't always consistently swift in this sportier setting. Putting the Nautilus into its Normal mode smooths out gearbox behavior a bit, but there's still some noticeable wonkiness to this eight-speed unit.

Sport mode also stiffens the adaptive dampers and adds some weight to the steering, resulting in fairly sharp reflexes for a 4,305-pound luxury crossover. Turn-in is quick and there's respectable grip to be had from the 265/40 R21 Continental CrossContact LX Sport tires. However, there's still some body roll, and not much steering feel. Anyone looking for someone more engaging from behind the wheel will want to look at the Audi Q5 or BMW X3 instead.

On the other hand, if it's a comfortable ride you're after, definitely check out the Lincoln. The Nautilus is at its best in Comfort mode, delivering a cushy ride while cruising around town -- enhanced by the massage function of my tester's Ultra Comfort front seats. Yes, even on this honkin' 21-inch wheel-and-tire package, the suspension gobbles up impacts remarkable well. You'll just have to be OK with the occasional audible thud being transmitted into the cabin.

With its base, four-cylinder engine and front-wheel drive, the 2019 Lincoln Nautilus starts at $41,335, including $995 for destination. My Black Label model comes in at a lofty $69,380, but in addition to its $8,995 worth of options, offers ownership perks like service pickup and re-delivery, anytime car washes, concierge services and an annual full car detail.

My ideal Nautilus is the $49,870 Reserve model, which includes the adaptive suspension system and 20-inch wheels. It's a heavy car, so tacking on $2,070 for the turbo V6 is something I'll do, as is adding $2,495 for all-wheel drive because winter in the Midwest can get rough. Important features like blind-spot monitoring and a 13-speaker Revel sound system are already included, making any tech-related add-ons unnecessary. The only other thing I will spring for are the $1,500 Ultra Comfort front seats because the massage function is pretty great. That brings my Lincoln price tag to $55,935 -- a far more reasonable ask than the car pictured here.

With a handsome new face, quiet and feature-rich cabin and smooth ride character, the updated 2019 MK-- er, Nautilus solidifies its spot as a serious player in the midsize luxury crossover segment. The Lexus RX is its toughest competitor, but offers a duller drive and less appealing styling. If you value cushiness above all, the Nautilus might just be for you.