Google Pixel 3 XL review: Everything we love about the Pixel 3 on a bigger screen

The Pixel 3 XL screens calls, has wireless charging and delivers the same camera experience as the Pixel 3 -- all on a bigger display.

It's one of our favorite phones of the year, but the Pixel 3 XL isn't what we usually see from big-screen phones. For instance, it costs less than $1,000 (more specifically, $899, £869 and AU$1,349), and it has only one rear camera lens. Save for its notch, higher price tag and bigger battery, which compensates for the larger screen, the phone basically serves up a nearly identical experience to its smaller 5.5-inch Pixel 3 counterpart.

The Pixel 3 XL has a top-of-the-line camera that includes an enhanced low-light feature and it can now take wider selfie shots. It's water resistant, has wireless charging and its Google Assistant has convenient new skills such as call screening.

The phone's onscreen notch is taller than other phones'. It doesn't have expandable memory or a headphone jack.

The Pixel 3 XL is pricey for a phone with no expandable memory, but its standout camera and premium hardware make it one of the best phones of the year.

And that's a good thing. As the recipient of CNET's Editor's Choice, the Pixel 3 is one of the best phones you can buy. As such, the 3 XL is one too. Its already-fantastic camera is now even better at taking low-light pictures thanks to a recent update, and it even takes better photos than the iPhone XS. Its digital voice assistant, the Google Assistant, adds handy features such as screening robocalls and the phone comes with unlimited cloud storage for photos.

The Pixel's lack of expandable storage is a bummer, and it complicates its overall value. Even though the starting price for the 64GB model is cheaper than that of the iPhone XS Max and Galaxy Note 9, the gigabyte-to-price ratio is cheaper with the second-tier iPhone XS Max. And the Note 9 costs more but can add up to 512GB of external memory.

But if you can afford it, the Pixel 3 XL is a top Android pick. It's more expensive than the Pixel 3, and may not be as premium as the iPhone XS Max or Galaxy Note 9, but its ridiculously good camera and timely software updates make it a first-class phone to get.

For a more in-depth breakdown, including camera and software analysis, head over to my Pixel 3 review.

Last year's Pixel 2 XL experienced some issues with screen burn-in, wherein remnants of images remained on the display, even when the screen changed. After using this phone for a week and a half, I haven't seen or noticed any of the same burn-in problems, including any remaining home key images, when I displayed an all-white or gray color swatch.

Whether on TVs or phones, OLED displays are more prone to the issue after all, and I also haven't handled this Pixel for very long. It's important to keep in mind that image retention can happen with any OLED phone's screen -- yes, even Apple acknowledges the possibility. So far though, it's not appearing in the Pixel 3 XL.

One other thing I noticed is that while both Pixels have an OLED screen, colors on the Pixel 3 XL's display appear to be just a tad "cooler" than the Pixel 3. When holding it up to the Pixel 3 side-by-side, the Pixel 3 has punchier reds and purer whites compared to the 3 XL. I'd never notice this on its own, and in and of itself, the 3 XL still has a bright and vibrant display.

As for the notch, I ended up not minding it as much as I thought I would. It's undoubtedly the thickest notch I've seen, but seeing how wide the iPhone X's notch is, the black tabs look to be about equal in size. Plus, a deeper notch (rather than a wider one) allows for more room on either side for notification icons. If you absolutely hate it though, Google is working on an update to allow you to blacken the sides of the screen and "hide" the notch, similar to how you can do it on the LG G7 ThinQ and Huawei P20.

The phone also has squeezable edges that launch Google Assistant, a water resistant body and, for the first time ever, it comes bundled with wired earbuds. For more on these design elements, head over to my Pixel 3 review.

The Pixel 3 XL performs equally well with other top Androids that are also equipped with the Snapdragon 845 chipset, including the Galaxy Note 9, OnePlus 6T and LG V40. And while it's notable that the iPhone XS Max's A12 Bionic processor surpassed these other devices by a comfortable margin, all the phones felt equally fast when it came to day-to-day tasks like launching apps and firing the shutter.

Lab results for continuous video playback on airplane mode yielded an average of 16 hours, 49 minutes. Though that's notably shorter than the Note 9's exceptional 19-hour result, it's still a good time. It's on par with the OnePlus 6T and better than the V40, which clocked in at 14 hours, 24 minutes. It's also longer than the standard Pixel 3's 14-hour run time, and another reason beyond screen size to pay up for the XL. (We're still finishing up battery results for the iPhone XS Max, but early tests show that phone hovering around 17 hours.) 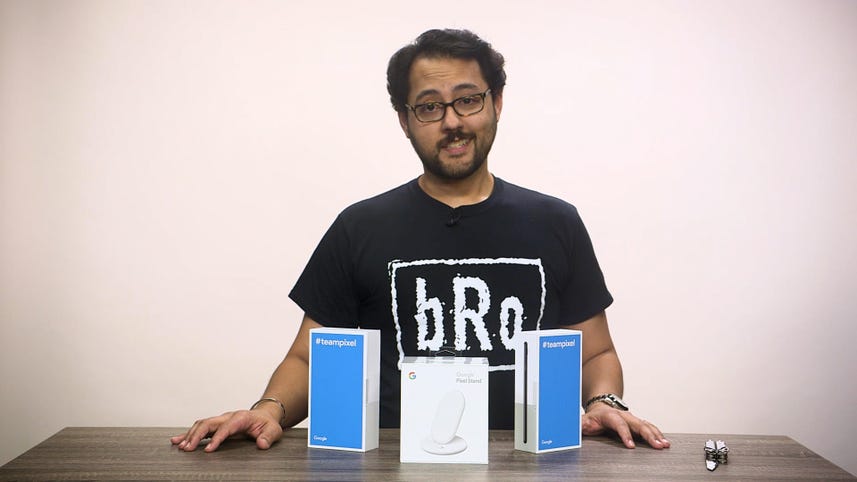 How does the Pixel 3 XL compare to other phones?