There were fewer drones at CES this year than last -- and the focus was definitely shifting to commercial and unusual types. 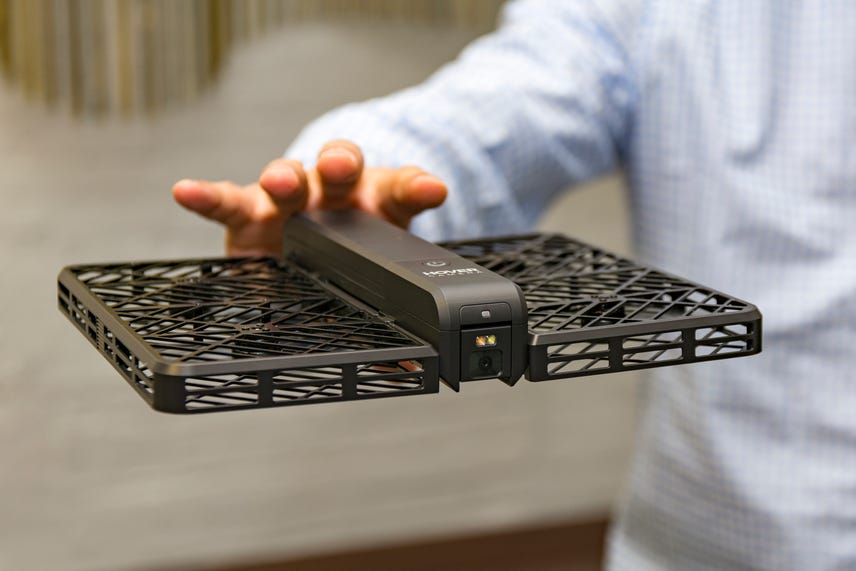 The Hover Camera Passport has been available since last October, but it created the most drone buzz at CES for its new Owner Mode. Thanks to an upcoming firmware update, the foldable quad will use facial recognition to keep the camera on you and, using hand gestures, you'll be able to snap photos and start and stop recording video.

Seattle-based Autel returned to CES this year with a new partner, Flir. Its X-Star Premium quadcopter can be outfitted with the company's new thermal camera. 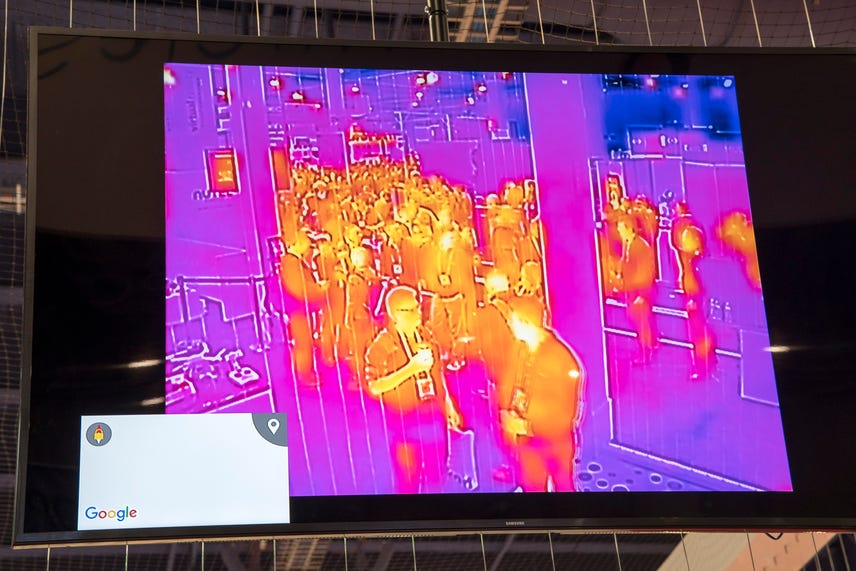 GDU -- formerly ProDrone -- was one of the first to market with a folding quadcopter, well ahead of DJI and GoPro. At CES 2017 it's unveiled another first for the company: a modular gimbal system that lets you pick the best camera and stabilizer for the task at hand. The list of available cameras will include a thermal camera that was also on show at CES.

If this contraption looks familiar, it's because EHang debuted its personal octacopter at CES 2016. The crowds weren't as big this time around. The company started selling its GhostDrone 2.0 smartphone-controlled drone in the second half of last year, and it had that at the show, too.

The UFO is just a prototype at the moment, but it fits right in with all the other foldable selfie drones at CES.

The UFO's propellers fold and its arms tuck right into the body of the drone.

While I'm reluctant to give ARI and its Onagofly drones any attention after its poor contributor service following its Indiegogo campaign last year, the company is trying to make things right. It's put together a US-based support team for US and Canada that can be reached at support.us@arirobot.com. Other regions can use services@arirobot.com. ARI was flying the updated version of the original called the 1 Plus at CES.

The Intelligent Selfie Drone is a small folding drone that looks remarkably like the Hover Camera Passport.

To be fair, though, Simtoo created one of the first folding drones I ever laid eyes on, the Dragonfly.

Wingsland's S6 is another pocket-size folding drone with a camera.

It does, however, come with a small dart shooter that can be triggered with its remote. The company was giving attendees a chance at target practice at CES.

Just one of many things in Xiaomi's booth was its Mi Drone that it launched in July 2016. As is the case with many of the company's products, the Mi is big on features and low on price.

The H520 is a commercial version of the company's Typhoon H. The plan is to offer it with Intel's RealSense technology for obstacle avoidance.

As with the GDU Byrd, you'll be able to pick from different cameras for the Yuneec H520 including, you guessed it, a thermal camera.

Just a concept at the moment, the Valet is intended for home security or virtual tours. The pad it's sitting on will automatically charge it after a flight. 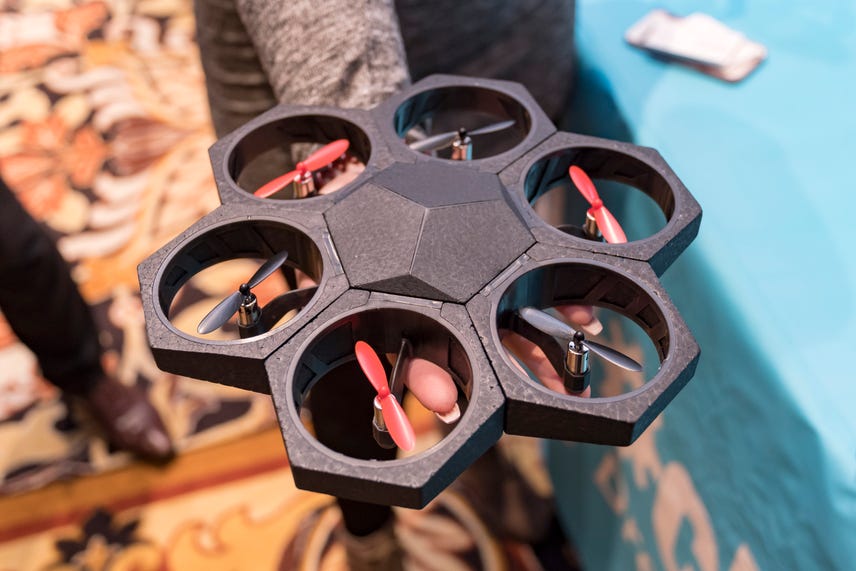 ZeroTech announced an update to its Dobby drone from 2016. The update adds the capability to set up 30- and 60-second autotracking videos, which the company says allows the drone to fly higher and take longer videos. An Orbit Mode was also added.

YI's Erida tricopter was developed with Atlas Dynamics, a team of developers and engineers that tried to get the Erida crowdfunded in 2015. Made of light yet strong carbon fiber, YI says the tricopter can reach speeds of up to 75 mph (120 kph) and stay in the air for up to 40 minutes.

Though the Karma drone wasn't at CES, GoPro founder and CEO Nick Woodman announced for the show that the company had determined a faulty battery clip was responsible for a recall of the folding quadcopter-cum-stabilization system last November. More details on the return of the Karma will be announced in February.

Designed for fishing hobbyists, the PowerRay can dive 30 meters (98 feet) underwater for up to four hours to give you a view from its integrated 4K UHD camera using an app on any iOS or Android mobile device via Wi-Fi (presumably with the help of a floating antenna). The app lets you control the robot and its camera and gives you position information and other data to help you find fish.

Ready-to-fly racing drones are not nearly as plentiful as those made for photography because racers typically build their own rigs. So when one comes along -- especially one that claims speeds faster than 75 mph (121 kph) -- it stands out. The Draco, in development by UVify, also has a modular design allowing you to swap out prop arms so you can keep racing.

94 Photos
Movies Coming in 2022 From Marvel, Netflix, DC and More