Look at the tech these CNET editors are using right now

I asked a handful of CNET editors which gadgets they're using a lot right now. These aren't necessarily the best-reviewed products (although some are), but just the ones they're getting the most use out of.

When she's not trying to convince her coworkers to use the KonTechie method or schooling everyone on who Frank Ocean is, CNET editor Xiomara Blanco is usually found knee-deep in tablet and laptop town.

"I just started testing some alarm clocks to review for CNET, and although this isn't my favorite so far, the whimsical and colorful look is appealing."

CNET Senior Photographer James Martin is usually out on the SF streets covering tech news, so it's only natural he'd be keen on wearing a nice pair of headphones to help get him through the day.

"I wear my UrbanEars Bluetooth headphones all the time during my commute. Nothing beats walking around the city listening to my music (usually on Spotify). The right earphone is a touch pad, which allows me to change the volume by swiping up and down, and to swipe forward and backward to skip between tracks. The real added bonus is the microphone, so I can take calls quickly and easily." 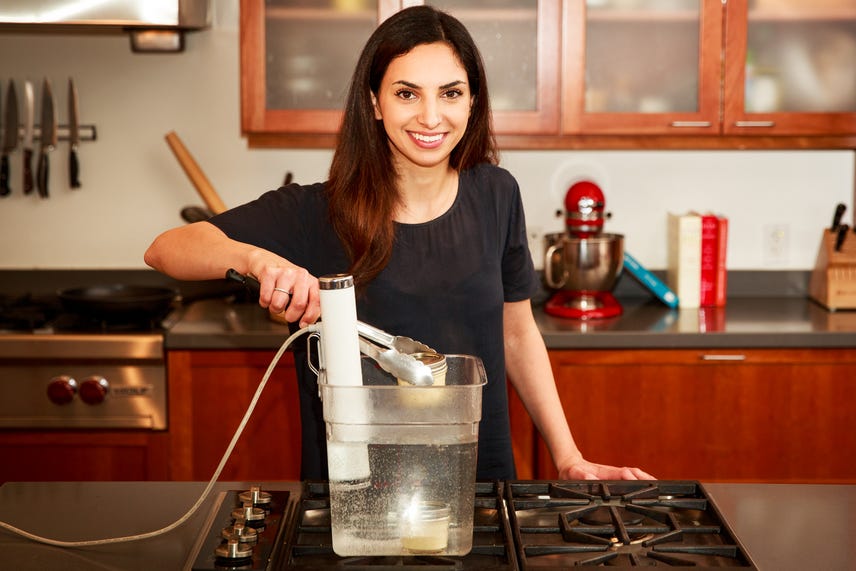 When Sharon Profis isn't producing Counter/Space, she can be found managing CNET's How To site and cooking. Lots of cooking.

"I've been a big fan of cooking sous vide for a couple years now. I'm loving the Joule from ChefSteps for its compact design (it can fit in a drawer!) and talent for making perfect food, every time."

At home, Patrick Holland spends most of his time as a coffee enthusiast and cat hair collector. But when forced out into the real world, this gizmo raconteur arms himself with a keyboard, a camera and coffee -- 'cause you can't have too much good coffee.

"My Fujifilm X100T is always nearby. It takes superb images. What I love most is the experience of shooting on it -- using actual dials and the hybrid viewfinder. There is a bit of zen that happens when I bring it up to my eye to take a picture."

When she's done blowdrying her hair, Vanessa Hand is testing (and torturing) gadgets in two languages for CNET and CNET en Español.

"At $400 the Dyson Supersonic hairdryer is definitely not cheap, but it's worth it if you have a lot of hair to tame. It's more powerful than your average salon-grade dryer, which means less drying time for me, and its lighter body makes it easier to manage." 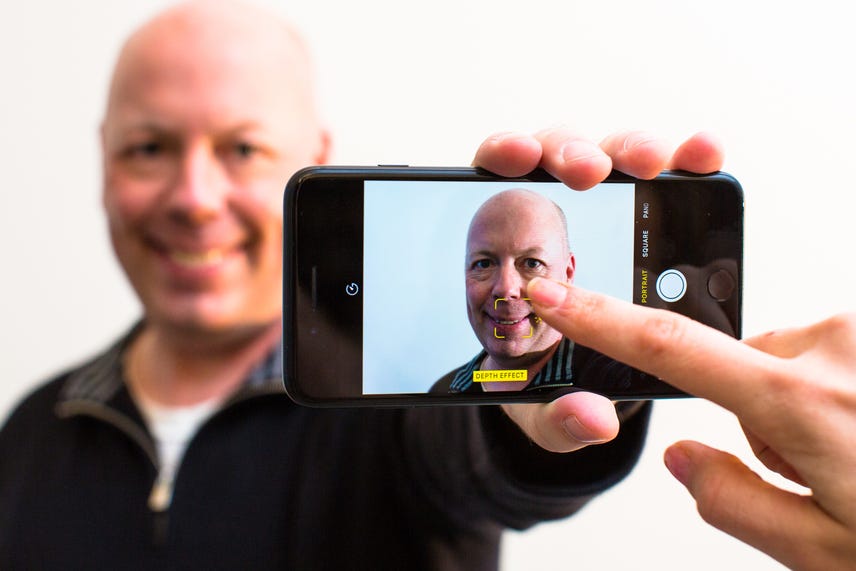 Jason Parker spends most of his time scouring the social networks for trending content to write about that has a cool tech angle. When he's not perusing the latest posts, he's listening to music, playing video games and snapping photos for his Instagram.

"I had never owned a 5.5-inch phone before, but I couldn't pass up the better-quality camera on the iPhone 7 Plus. The thing just takes great pictures!"

Multimedia Producer Erica Argueta produces and hosts creative videos for CNET en Español. On the weekends she likes to capture her adventures on the new GoPro Hero5 Black.

"I love that I can put the GoPro Hero5 Black in my pocket, take it anywhere and mount it in places regular cameras can't fit. I've been able to capture pictures with unique angles and plan to take it snowboarding soon!"

When Juan Garzon isn't reviewing and testing phones for CNET en Español, he's searching for ways to use technology to improve the lives of his loved ones -- or just hitting some tennis balls. 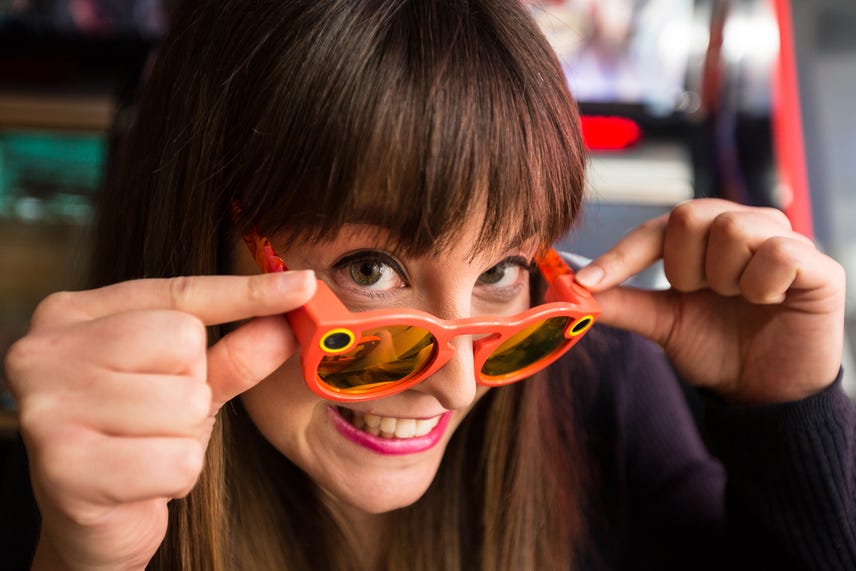 Lexy Savvides stands in front of a camera when she hosts videos for CNET and CBS News. She spends an equal amount of time behind a camera taking photos in her spare time.

"Why would I add a pair of sunglasses to my camera collection? Snapchat Spectacles look ridiculous when you wear them indoors and the image quality will never rival a DSLR's. But they are a lot of fun and let me capture moments I'd miss if I was fumbling for a phone."

When Brian Tong isn't looking at himself in the mirror, he's building a new fort out of old cheese, dates and macaroni from holiday leftovers. He says Gouda is great for building the foundation.

"I'm not just using these right now. I use these every day. I travel all the time and nothing beats the noise canceling and comfort of the QC35s. They're worth every single penny. Trust me, and you'll thank me later."

When Terry Collins isn't writing about how social media missed Donald Trump becoming the next US president, he's tracking his steps.

When Roadshow's Wayne Cunningham reviews a new car, he immediately hooks up his iPhone and starts using Apple CarPlay.

"I evaluate navigation and information electronics in new cars every week, but I tend to rely on Apple CarPlay for these services when I want to focus on driving. CarPlay emulates my iPhone's interface on the car's dashboard. If I used an Android phone, then I would be using Android Auto on a regular basis."

Shara Tibken covers Apple and Samsung out of San Francisco -- when she's not traveling the globe and snapping hundreds (or sometimes thousands!) of photos during her adventures.

"VR is cool, but I've never been a gamer or interested in some of the other things you can do with it. What I do love, though, is taking photos and shooting video. With the Gear 360, I can capture images and footage of a place or people I love and feel like I'm back there when I look at them on my phone or in a VR headset. It's amazing how I'm instantly transported into the 360-degree photos or videos I shoot."

Stephen Shankland covers tech trends like AI and 5G networking, but he also writes about digital photography. Everybody in the office ribs him for lugging around a bulky SLR in a giant red backpack.

"It's harder and harder to notice the difference between last year's phone and this year's phone, but Google's Pixel won a place in my pocket with its terrific new camera. By capably combining multiple shots into one, the Google Pixel camera can take good pictures in dim conditions.

"Dawn and dusk are great times for photos with an intriguing atmosphere, but most phones are miserable failures. The Pixel isn't perfect here, but it does particularly well with city skylines. And by double-tapping its power button you can launch the camera app fast so you can nail a fleeting nighttime street shot, too. I still love my SLR, but the Pixel shows that smartphone photography is ever more capable."

If you can rip her away from bad TV and good graphic novels, you'll find Section Editor Jessica Dolcourt lacing up a pair of battered hiking boots or obsessively plotting her next meal (mostly the latter).

"Some people turn on the TV when they get home from work, but I usually just ask the Amazon Echo to put on some music. It's become a comforting ritual while I cook and unwind from the day, and it's clutch for impressing the guests."

40 Photos
Movies Coming in 2022 From Marvel, Netflix, DC and More

81 Photos
Astronomy Photo Contest Finalists Will Take Your Breath Away

Astronomy Photo Contest Finalists Will Take Your Breath Away

The Dodge Hornet SUV Will Be a Rebadged Alfa Romeo Tonale