The Marvel Cinematic Universe is full of heroes, villains and explosions -- and some confusing continuity.

While the MCU officially started in 2008 with the release of Iron Man, that doesn't mean that's the first film that you should watch. In fact, now the MCU encompasses over 20 movies and more than 10 TV shows (including the ill-fated Inhumans), with even more of both still coming.

Instead of watching the multitude of Marvel movies in the order they were released, we've created our own handy guide to viewing the MCU the right way, along with where you can stream them all online, be it on Netflix or elsewhere.

Let's start with the Infinity Saga. (And a warning: spoilers ahead.)

Note that CNET may get a share of revenue from the sale or rental of the movies featured in this story.

Although The First Avenger is the fifth movie in the MCU, it's the first flick that should be watched because it takes place decades before Iron Man and The Avengers. It also introduces viewers to Steve Rogers, aka Captain America (Chris Evans), an essential character in the universe. TFA also introduces the Tesseract, aka the Space Stone.

The film that started everything comes in as the second movie to watch. Iron Man, of course, gives us our first glimpse at billionaire playboy Tony Stark (Robert Downey Jr.) as he builds himself a suit of armor.

The events of the second Hulk film take place simultaneously with those of Iron Man 2 and Thor. The Edward Norton-led movie also features an end-scene, precredits cameo from Tony Stark.

In the alternative opening to the film, Captain America is shown frozen in ice in a "blink or you'll miss it" cameo, nearly three years before his own big-screen outing.

IM2 also introduces Stark to a world that knows his "superhero" identity, complicating matters. It brings in Natalie Rushman as Stark's assistant, who in reality is Natasha Romanoff, aka Black Widow (Scarlett Johansson), sent by Fury to keep an eye on the eccentric billionaire.

With nearly the entire Avengers crew assembled, the only major character missing is the crown prince of Asgard. The first Thor movie introduces the god of thunder (Chris Hemsworth) and other characters essential for The Avengers.

The postcredits scene, directed by Joss Whedon, helps set the stage for the 2012 ensemble superhero movie.

Now that the entire superhero squad has been introduced, it's time to see them come together in The Avengers.

This film marks the conclusion of Phase 1 of the MCU, which introduces the core Avengers team and brings them together to fight Loki and the Chitauri. Phase 2 begins after the Battle of New York.

Technically, Avengers also introduces the Mind Stone in the form of Loki's scepter, which you learn more about during the sequel, Age of Ultron.

The third Iron Man movie, directed by Shane Black, is set six months after the events of The Avengers. In the film, Stark is still dealing with PTSD-like symptoms following the Battle of New York.

The Thor sequel, Dark World, is set only one year after the events of The Avengers and introduces the Aether, aka the Reality Stone. A midcredits scene introduces Taneleer Tivan, aka The Collector (Benicio Del Toro), who we see again in Guardians of the Galaxy.

The Winter Soldier, a direct sequel to The First Avenger, takes place two years after The Avengers. In the film, Steve Rogers -- now working with S.H.I.E.L.D. -- teams up with Black Widow and Falcon (Anthony Mackie) to stop the Winter Soldier, who was once Rogers' best friend Bucky.

A postcredits scene teases the upcoming addition of Quicksilver and Scarlet Witch.

Guardians of the Galaxy begins in 1988 when Peter Quill is abducted by aliens after his mother dies, but the bulk of the story takes places 26 later, according to a graphic seen in the film. (This places the story nearly directly in line with its release chronology.) GOTG also introduces the Power Stone and explains the advent of the Infinity Stones, important plot points for the following Avengers films.

GOTG Vol. 2 is set just three months after the original film, with Groot still a baby (at least until the final postcredits scene of the sequel). Despite this chronology, Vol. 2 is technically a part of Phase 3 as it was released after Avengers: Age of Ultron.

In one of the postcredits scenes, the Grandmaster (Jeff Goldblum) is seen dancing -- we'll see him again in Thor: Ragnarok.

The sequel to 2012's The Avengers is the penultimate film in Phase 2. The ensemble action film brings together the heroes once again, while introducing Vision (brought to life by Paul Bettany) and twins Pietro and Wanda Maximoff, aka Quicksilver and Scarlet Witch.

In the postcredits scene we see Thanos declare "I'll do it myself," as he grabs what we can only assume is the Infinity Gauntlet. Problem is, after Avengers: Infinity War we know how Thanos got his hands on the gauntlet, leaving many questions about this scene. (We suggest you skip it, really.)

The final film in Phase 2 of the MCU focuses on Scott Lang, a thief who helps Dr. Hank Pym protect his technology.

Set months after the events of Age of Ultron, this 2015 film includes a scene that shows Lang trying to infiltrate an Avengers facility -- first seen in Ultron -- until he's interrupted by Falcon.

Set one year after Age of Ultron, Civil War is more or less an Avengers film despite the fact that they split into two opposing factions: one led by Cap, the other by Iron Man.

Civil War, technically the first film of Phase 3, also introduced Black Panther and Spider-Man, who both have future standalone films in this list.

Immediately following the events of Civil War, new King T'Challa returns to his homeland of Wakanda. He must protect his country from Erik Killmonger (Michael B. Jordan) and Ulysses Klaue (Andy Serkis), and prevent a world war.

Homecoming is the first standalone Spider-Man film ever connected to the MCU. Starring Tom Holland, the film is set just a few months after Civil War and sees Peter Parker desperately trying to help his friends and neighbors as he struggles with his new sense of responsibility.

In the first Doctor Strange film, Stephen Strange (Benedict Cumberbatch) is the world's best neurosurgeon, until he suffers a career-ending injury in a car crash. Much of the film takes place in real time, beginning in early 2016, but we think it works best if you slot it here -- you can't master some of those spells in mere days. Plus, some of the more wild time travel theories and visuals set up, and lead directly into, the third Thor film, including the postcredits scene.

The most mystical MCU film also introduces the Time Stone, inside the Eye of Agamotto that Strange wears.

The Ant-Man sequel takes place in the aftermath of Civil War, but before Infinity War. (In fact, aside from Captain Marvel, this and the other films listed here after Civil War, probably all take place near-simultaneously in the two years following the Cap-Iron Man split.)

And yes, the postcredits scene may directly spoil Infinity War for someone who has never seen it -- but that's not you, now is it?

It's set in the 1990s, but we're pretty certain you should still watch it here, or at the very least, before Infinity War. The transformation of Carol Danvers (Brie Larson) to Captain Marvel will most certainly influence how the Avengers defeat Thanos, and prove why she's often called the most powerful hero of the MCU.

Watching Danvers come into her own here instead of by watching after TFA means you get more of the inside jokes as well as the nods to other scenes and films. By saving Captain Marvel's appearance for here, you get a better sense of the world of Fury and Co. directly ahead of Infinity War, and that makes for a much more satisfying first outing with Thanos.

Ragnarok takes place immediately following the end of Doctor Strange, as the sorcerer helps the god of thunder locate his father, Odin. Later, as Thor and Loki attempt to flee the goddess of death Hela (Cate Blanchett), they're trapped on the planet of Sakaar by the Grandmaster, who we remember from the GOTG2 end scene.

Ragnarok ends with a scene leading directly into Avengers: Infinity War, which is why it's best watched directly before.

The sequel to Age of Ultron is set four years after the events of Guardians of the Galaxy, Vol. 2, according to Marvel President Kevin Feige. And even though that totally contradicts what the directors have said, we're inclined to believe it.

In Infinity War, the Avengers team up with the Guardians to battle Thanos, who is trying to procure the powerful Infinity Stones, including the Soul Stone, introduced here.

Endgame was the culmination of 10+ years of heroes and villains onscreen, and left us shaken to our core -- with some Avengers gone forever.

The sequel to Infinity War is now the highest-grossing movie of all time, having surpassed Avatar the same weekend as San Diego Comic-Con. It arrives on DVD/Blu-ray in less than two weeks, but you can download it now here:

As the culmination of the Infinity Saga, Far From Home had a lot of questions to answer. Instead, with Tom Holland returning as Spidey and starring Jake Gyllenhaal as Mysterio, the film opened up a Pandora's box of new issues, problems and questions for Phase 4 and beyond.

What comes next? Well, also at SDCC, Marvel Studios unveiled Phase 4: its next 10 projects through 2021. These include five Disney Plus series, and the Studios' first animated series, What If...?. 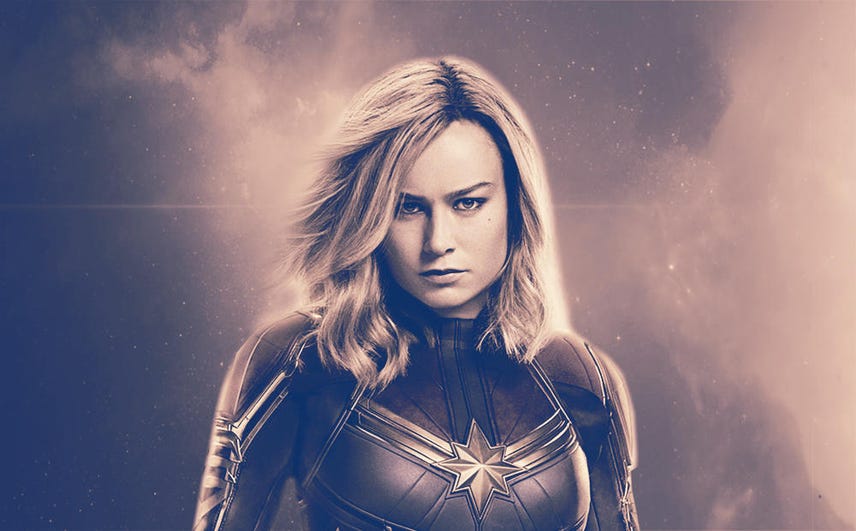 Head here for more on the women of the Marvel universe, from Captain Marvel to the X-Men and everyone in between.

And for all things Marvel, head to this page and subscribe to our newsletter.

2023 Honda HR-V Is Uglier but Improved

72 Photos
Movies Coming in 2022 From Marvel, Netflix, DC and More