The deadliest jobs in America, ranked

While it's highly unlikely you'll be crushed by the speed of the Wi-Fi in your 10th-floor office, some Americans face very real danger every day when they go to work. 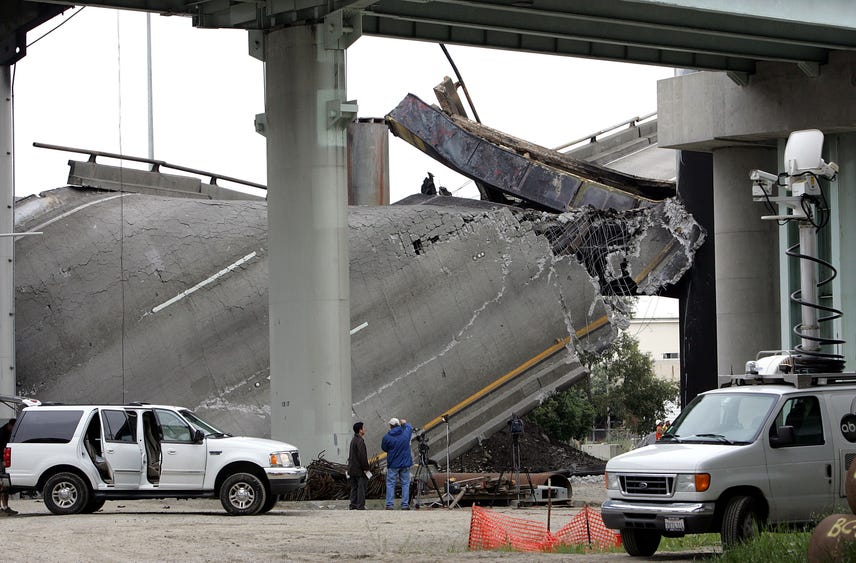 Think your job is a killer?

Maybe it is. These are the 20 gigs most likely to lead to one's untimely demise, according to the latest figures from the US Bureau of Labor Statistics, ranked from least to most deadly.

From falling accidents to wire strangulation to electrocution, the men and women who install and repair your phone lines risk their lives every day.

Quick, which color wire is hot and which is safe? Electrocution is a real hazard for electricians.

These painters have to be extremely cautious as they're hoisted four stories off the ground to paint the first "L" in the Hollywood sign. Falling is a significant risk for painters, as you can imagine.

17. Mechanics and their supervisors

Working with heavy machinery can be precarious. A gondola mechanic at a ski resort in Vermont recently died after falling 13 feet onto a cement platform while working alone.

Yes, really, we're talking about your gardener. When multiple workers are operating machinery meant to cut through thick, fibrous materials in a small space, fatal accidents are a real fear.

Of course first responders have to face violent suspects, but police are also frequently struck by passing cars during traffic stops.

There's an entire industry of maintenance workers who maintain and repair infrastructure when things go wrong. In November, two MTA workers were struck by a southbound G train in Brooklyn while they were preparing for a construction project. One of the workers was killed.

According to the Centers for Disease Control, 28 percent of groundskeeper deaths are caused by falling from or being crushed by trees. This Anaheim, California, man is seen praying over the body of an employee electrocuted when a palm frond on the tree he was trimming made contact with a power line, killing him instantly.

Construction laborers don't wear helmets and protective gear because they like the Village People. Heavy objects and machinery are constantly moving around them, and vigilance can only protect a person some of the time. Safety equipment failure is also an ever-present danger.

In 2015, six workers were trapped under this collapsed scaffolding in Houston, but luckily escaped with their lives.

Explosions and rock collapses are a real danger for anyone who is charged with digging into the earth to harvest resources.

The dangers associated with driving a cab are twofold. First, taxi drivers are out on the road a lot, particularly during peak-DUI hours. Second, they're exposed to potentially dangerous strangers on a daily basis.

Earlier this year, a cab driver in San Francisco was killed when flood waters carried his car into a local estuary. In 2016, a 47-year-old cab driver was beaten to death in Hollywood, California, after a dispute with a passenger.

It's like being a phone-line technician but with the added danger of electricity (and occasionally open flames) three feet from your face. This lineman is suspended high above the ground from a 225,000 volt power line.

Truckers keep hours that would put even the most sprightly college student into a sleepy fog. They're also frequently behind the wheel of a 16-ton metal beast as it hurtles down the freeway.

The driver of this garbage truck died when he hit another vehicle carrying pool chemicals. Both trucks crashed through the center guard rail and crossed all southbound lanes before the garbage truck burst into flames.

Steelworkers face a number of different dangers on the job, not least of which is falling. Climbing on bridges and up the side of buildings in slippery conditions can be a recipe for serious trouble.

Steelworkers also work on train tracks and can be electrocuted or struck by trains if they're not very careful.

Farmers in the US can die in tractor accidents, be struck by falling equipment, get tangled up with sharp machinery, and be suffocated if they become trapped in grain silos.

A large number of deaths are attributed to impatient drivers who try to pass garbage collection trucks and end up fatally wounding collectors as they climb out of the cab.

One misstep, a slippery tile or a rusty rain gutter and you're falling off the top of a building.

There is data to suggest that, adjusted for volume, private air travel is just as deadly as getting in a car. And the causes for plane and car accidents are largely the same: operator error. The difference is that the consequences of pilot error are more often fatal.

You've heard of "Deadliest Catch." Fishing isn't the deadliest occupation, but it is close. Any job that relies on nature and machinery to work in perfect unison to ensure the safety of its workers is sure to be a dangerous one.

The combination of falling logs, wood chippers, steep terrain, changeable weather and people living in rugged conditions is one that leads to a lot of real, fatal injuries.