It's been eight long years since the midsize Ford Ranger has graced our shores. Thanks be to the truck gods, it's back.

It's been eight long years since Ford sold a new Ranger in the United States. But thanks to the pickup gods, it's back -- and it was well worth the wait.

The 2019 Ford Ranger has best-in-class towing and payload capability as well as a punchy EcoBoost engine. 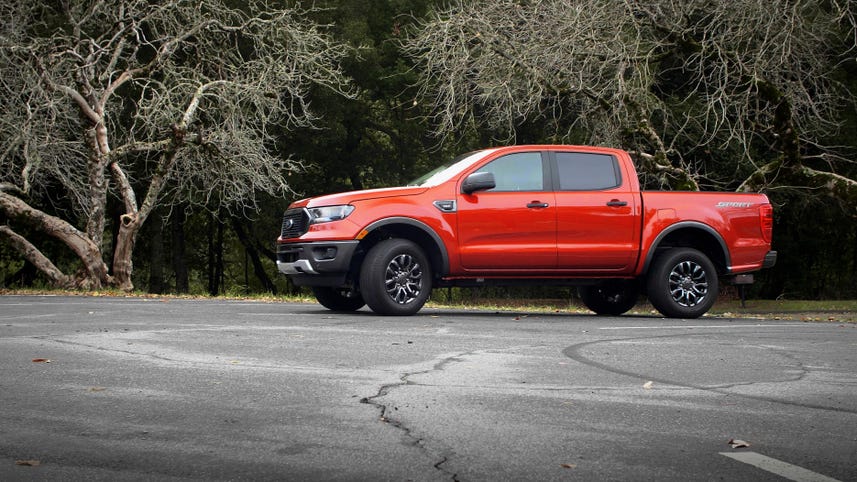 The new Ranger returns with turbocharged power, strong towing and hauling capabilities and some tech features you won't find anywhere else in the midsize pickup class. Because of that, the Ranger is better poised to do battle with a growing crop of midsize trucks. And as far as I'm concerned, it's definitely the one to get.

The Ranger is currently available in XL, XLT or Lariat trims, in either SuperCab configuration with a 6-foot bed, or larger SuperCrew with a 5-foot bed. If that isn't enough differentiation for you, four different appearance packages are available, including the Sport trim you see on this tester.

Both rear-wheel-drive and four-wheel-drive configurations are available, but no matter which you choose, you're locked into one engine: a 2.3-liter EcoBoost I4, good for 270 horsepower and 310 pound-feet of torque. Power gets to the pavement via a 10-speed automatic transmission -- sorry, do-it-yourself shifters, a manual transmission isn't available.

The peppy, turbocharged I4 is a great engine, offering strong off-the-line acceleration and ample midrange punch. The V6 engines found in the Toyota Tacoma and Chevrolet Colorado/GMC Canyon twins offer more horsepower, but the turbocharged EcoBoost offers more torque. Dig into the throttle and the Ranger has no problem hustling to pass slow-moving trucks on the highway.

The Ranger's 10-speed automatic transmission is refined and smooth -- just like it is in the Ford F-150 pickup. The Ranger never hunts for the right gear, either. It'll downshift when needed and upshift for fuel economy, but it's not constantly swapping cogs like some other 10-speed units. The transmission seems to downshift a bit harshly under braking, but that's a small foible of an otherwise smooth powertrain.

That said, you'd think the 10-speed automatic would help improve fuel economy, but that's hardly the case. The EPA rates my two-wheel-drive Ranger at 23 miles per gallon combined, which is a class-leading number. But during a week of testing, which included a large stint of highway driving, I only saw 20 mpg.

With four-wheel drive, the Ranger is rated at 22 mpg combined, while the Chevy Colorado/GMC Canyon, Nissan Frontier and Toyota Tacoma offer anywhere from 17 to 20 mpg. Even the car-based Honda Ridgeline only offers 22 mpg in its most efficient, front-wheel-drive guise.

Behind the wheel, the Ranger drives, well, like a truck. The solid rear axle setup means it's not the smoothest thing on four wheels -- here's where the Ridgeline's unibody platform helps it shine -- but the Ranger is certainly on par with other midsize pickups in terms of ride and handling. The steering is nicely weighted but generally vague in terms of feedback, and braking power is strong and secure.

Should you want to get your truck dirty, the Ranger FX4 offers a terrain management system, skid plate protection and off-road specific tires and suspension. This makes it a little more roly-poly while cornering on-road, but a whole lot better off the beaten path. I got to test the Ranger FX4 on a Ford-designed off-road course at the truck's launch event in San Diego, and found the truck to be more than competent in the rough stuff.

The Ranger has best-in-class towing capability, rated at 7,500 pounds. What's more, you can pull that same weight regardless of drivetrain or cab configuration. If you want more towing power from your midsize truck, you'll have to get one of the diesel-powered GM pickups, or wait for the Wrangler-based 2020 Jeep Gladiator.

Beyond towing, the Ranger also offers more payload capacity than its classmates. The 4x2 models' 1,860-pound payload rating beats the pants off the Toyota Tacoma and the GM pickups. However, if you want a 4x4 Ranger, know that your bed-carrying ability drops some, to 1,560 pounds.

Inside, the Ranger is pretty meh. The design and materials aren't terrible, but they don't spark joy, either, to borrow a phrase from a current cultural zeitgeist. Frankly, I expected a more modern interior, but the Ranger's cabin is nevertheless useful and practical.

Still, there are some bright points to this bland interior. The Ranger has some of the most comfortable front seats of any pickup, and the heat function does not quit. The rear seats offer more legroom than what you'll find in a Toyota Tacoma, though taller folks will still feel a bit cramped.

Like other Ford products, the Ranger gets the well-known and well-liked Sync 3 infotainment system, with both Apple CarPlay and Android Auto connectivity on an 8-inch touchscreen. (Lower-spec Rangers make do with the base Sync system on a smaller screen.) The onboard Wi-Fi picks up signal even where my phone fails to find service. Base Rangers come standard with just one USB port, but higher trims add one more to the party. As for other power ports, the Ranger has two 12-volt outlets up front, and another one in back. 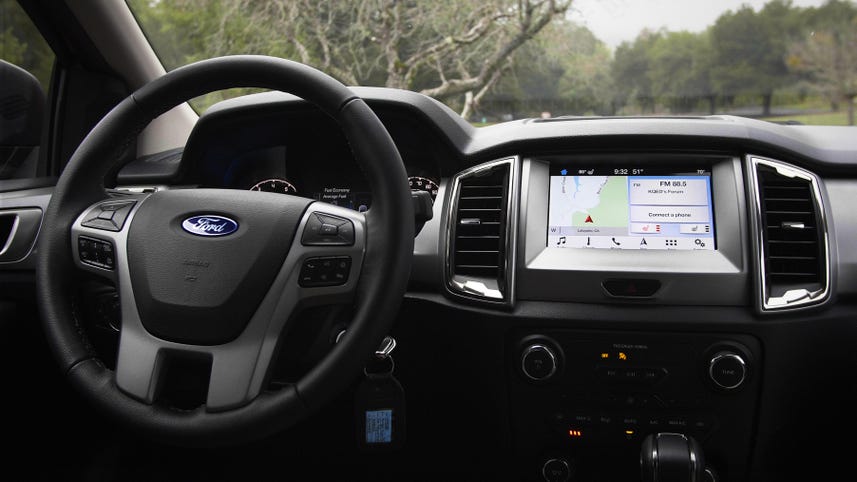 There are a number of driving aids on offer, too, including blind-spot monitoring that can see the length of the truck and a trailer. Adaptive cruise control is also available, but it disengages below 12 miles per hour, making it useless in stop-and-go traffic (you know, where you want this system most). Available lane-keeping assist can be turned on via a button at the end of the turn signal stalk and features a customizable level of intensity, as well as a choice of an audible alert, steering intervention, or both.

The new Ford Ranger excels across the board with its strong powertrain and superior towing/hauling capabilities. Plus, it's got some great driving tech you won't find on other midsize trucks. The interior might be drab, and the fuel economy leaves a bit to be desired, but for my money, the 2019 Ranger is the most well-rounded pickup available in the US today.

Like all good things, it was definitely worth the wait.