iPhone 8 and 8 Plus launch date, specs and price: What we know

This year's new iPhones have so much new technology, Apple appears to be skipping the "S" update altogether.

Justin Jaffe is the Managing Editor for CNET Money. He has more than 20 years of experience publishing books, articles and research on finance and technology for Wired, IDC and others. He is the coauthor of Uninvested (Random House, 2015), which reveals how financial services companies take advantage of customers -- and how to protect yourself. He graduated from Skidmore College with a B.A. in English Literature, spent 10 years in San Francisco and now lives in Portland, Maine.

Editors' note: This article was originally published on July 29, and we'll continue to add new rumors and stories as they emerge.

Follow the latest Apple and iPhone news at CNET.

Apple has apparently jammed so much new technology into the new iPhones that it's skipping a generation altogether. According to new information leaked over the weekend, this year there will be no incremental "S" series update -- no iPhone 7S, no iPhone 7S Plus. Instead, the company will deliver the iPhone 8 and 8 Plus in addition to its radically redesigned flagship, the iPhone X.

And in the near term, it sounds like the iPhone 8 and 8 Plus will be in much greater supply than the 10th anniversary edition. Apple analyst Ming-Chi Kuo reports (via MacRumors) that the company is producing less than 10,000 units per day of the flagship model, which will likely result in severe shortages for weeks or even months, and perhaps a complete postponement of its retail release.

We expect to hear more details about timing and availability tomorrow, at the 10 a.m. PT announcement at Apple's new Cupertino headquarters. In the meantime, we continue to comb through all of the new details that emerged over the weekend in the wake of a second apparent Apple leak.

As reported by 9to5Mac and others, what seems to have been an unintentional release of the iOS 11 "gold master" firmware on Friday has provided an advance look at the next version of the operating system as well as revelations about the new phones, the Apple Watch 3 and 4K Apple TV. Read on to get a handle on all of the rumors. According to the rumors, the differences between the flagship and the secondary models may be more stark than in previous years. The big divergences include:

The new OLED display and case design will certainly drive the two different iPhone tiers apart aesthetically; the iPhone X will look pretty different from the LCD models this year. It's possible that only the flagship may have a few other premium features like inductive and/or fast USB-C charging. In addition, the iPhone X will probably have more RAM, a higher max memory size, and, of course, a significantly loftier price tag.

What's in a name?

We assumed they would be called the iPhone 7S and 7S Plus. But according to iOS developer Steve Troughton-Smith, Apple will skip the "S" series this year and go straight to the iPhone 8 and 8 Plus, given the scope of the upgrade. According to Troughton-Smith, the code indicates that the top-end iPhone will be called "iPhone X," while the step-down models will be called iPhone 8 and iPhone 8 Plus.

TechCrunch reports that Apple will likely take preorders starting Friday, Sept. 15 and release some phones on Friday, Sept. 22. Analyst Ming-Chi Kuo predicts that the iPhone X will be difficult to come by due to relatively low production numbers. This corroborates last week's Wall Street Journal report suggesting that that the OLED model may be difficult to come by, at least initially, with its release potentially delayed by a month or more. 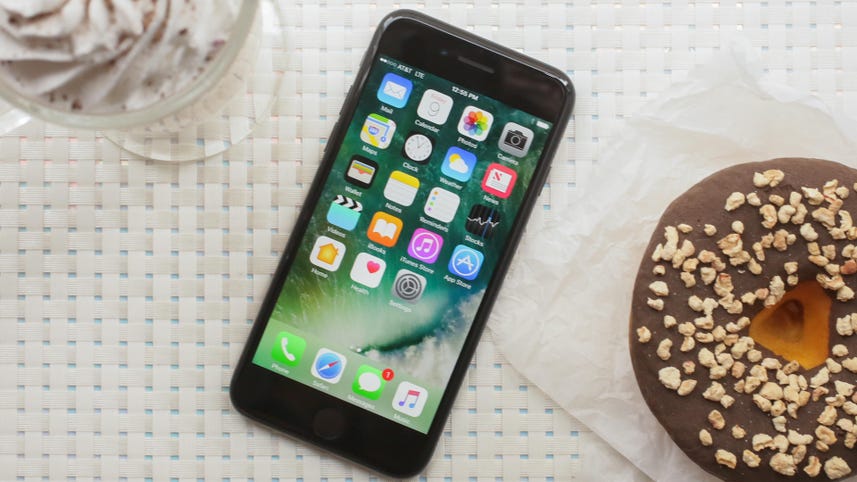 They may be a bit bigger

Most reports suggest that phone sizes will remain the same, setting the stage for a 4.7-inch iPhone 8 and 5.5-inch iPhone 8 Plus. German site giga.de reports that this year's LCD models may be just a tad beefier than the previous generation, though with slightly less of a bulge around the camera lenses. And TechnoBuffalo (via Slashleaks) has leaked what it says are the final dimensions: 5.45 by 2.64 by 0.28 inches for the iPhone 8 and 6.24 by 3.07 by 0.29 inches for the 8 Plus.

They may be made of glass and steel

There's no clear consensus on what material Apple will use for the "S" phones. Some expect them to have an aluminum alloy chassis (DigiTimes); others say the iPhone 8 and 8 Plus will be all glass and steel -- just like the iPhone X.

One or both may have dual cameras

It's nearly certain the forthcoming 8 Plus will have two cameras on the back, consistent with the current generation 7 Plus, though it's conceivable that the entry-level iPhone 8 could also get two rear-facing lenses in order to make more use of the AR capabilities featured in the next generation of Apple's mobile operating systems (more on that below).

Most of the "wireless charging" rumors -- technically, it's called inductive charging -- have revolved around the iPhone X. But the CEO of Wistron, a Taiwanese iPhone assembler, reportedly revealed that that an upcoming 5.5-inch iPhone model -- assumed to be the 8 Plus -- would be waterproof and support wireless charging. That noted, the iPhone X is said to be very similar in size to the iPhone 8 Plus, so this is one of the murkier rumors around. Nevertheless, according to Apple analyst Ming-Chi Kuo, the next generation of iPhones will support faster USB-C-powered "plugged-in" charges, as well as an Apple Lightning connection.

They will probably have Touch ID

Much of the speculation about the iPhone X, and one of the major factors faulted for delaying production, involves a rumored virtual home button and its integration with Touch ID. The iPhone 8 and 8 Plus, however, are expected to stick with the current generation's conventional setup: a fingerprint sensor embedded in a physical home button.

They may step up to Apple's next-generation processor

We do hear that the iPhone 8 and 8 Plus will get a performance upgrade; all three 2017 models are said to use Apple's next-generation A11 chip.

What about the iPhone SE?

Most of the iPhone buzz has centered around the 10th-anniversary model, and, to a lesser extent, the 8 and 8 Plus. There's been hardly any discussion of the future of the littlest member of Apple's lineup: the iPhone SE. Of course this, in and of itself, may be a signal of some kind: Ming-Chi Kuo has speculated that Apple will not deliver a new iPhone SE in 2017. And Pan Jiutang, another analyst, says that given low demand for the smaller form factor, Apple may abandon the product altogether (via Cult of Mac).

Potentially pretty big, given what we know so far. Apple delivered a preview of iOS 11 at this year's WWDC and released the public beta in June (here's how to install it). Augmented reality that layers images or animations over real-life things will be a big part of iOS 11, and both the iPhone 8 and 8 Plus could feature dual lens rear cameras in order to fully capitalize on iOS 11's potential.

Other highlights of the mobile operating system include a more capable Siri assistant, screen recording and a new Music app. Read more about iOS 11 in our preview. 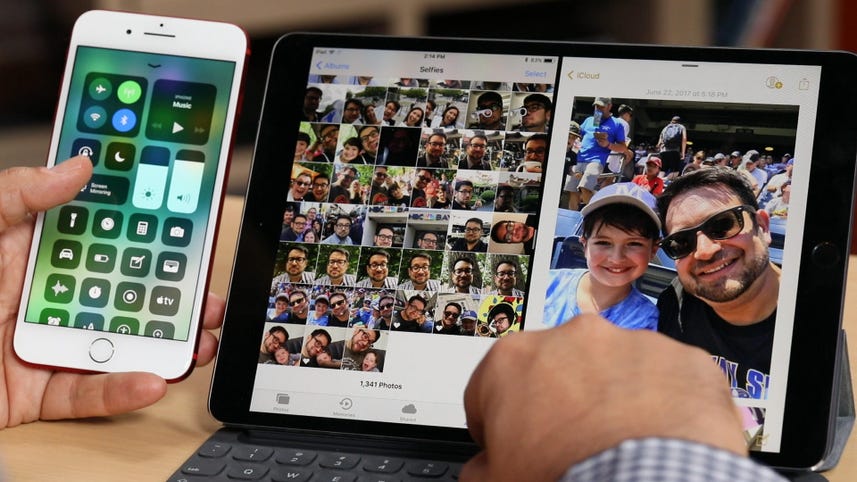 Given the dearth of blockbuster features, we don't expect Apple to tinker with the LCD models' pricing too much. That noted, the current 7 Plus model costs $769, £719 and AU$1,269 -- up from $749 for Plus models in previous years.