Price is high for an 8-inch tablet. Slower graphics mean some apps and games don't feel as zippy. Small screen makes for cramped typing and multitasking.

Unless you're absolutely in love with the iPad Mini 4's smaller size, opt for the faster, larger, identically priced, and still pretty portable iPad Air 2.

The iPad Mini 4 is a tinier, slightly less powerful iPad Air 2. That's basically all you need to know about this tablet, the 7.9-inch screen model which has been available since October 2015. I started sitting down with the Mini 4 again, carrying it around every day in my bag, reading books on it -- and even using it to do work. This, after using Apple's 9.7-inch iPad Pro as my general new go-to tablet. I even wrote this review on it. Which... wasn't fun.

In a world of larger phones and more-capable hybrid laptops and tablets, the iPad Mini feels less relevant than it used to. And while it's the best of Apple's small iPads, with a still-really-nice design, it's not the tablet I'd choose to carry around anymore. And Apple's iPad pricing no longer favors it.

Since I first reviewed it last year, Apple has adjusted the pricing in its iPad line, pitting the iPad Air 2 as an identically priced alternative. And with that value change in mind, I wanted to ask the question: Is the Mini 4 a tablet you should still consider? (In Australia the pricing is similar, but not identical. You'll get the Mini 4 starting at AU$569 compared to AU$599 for the Air 2.)

To that end, here's what you should know.

It's the more powerful, better featured of Apple's two Mini iPads. Compared to 2014's iPad Mini 2, the Mini 4 has a better screen, better camera, faster processor and a Touch ID fingerprint sensor. (According to Apple, the 4's CPU is 1.3 times faster, and its graphics performance is 1.6 times faster than those of the Mini 2.) It can also handle split-screen apps, which can come in handy for checking email or Twitter while working. It's not my favorite iPad. But if you want something small, this is the best option.

It's slower than the iPad Air 2. The iPad Mini 4 has nearly the same specs as the larger Air 2 -- except for its graphics processor, which is more than one-third slower. You can feel it when playing some games (the frame rate is a little slower on some titles), and even when switching apps. Things that feel a little more buttery-smooth on the Air 2 don't always feel as zippy here. And while it has 2GB of RAM, multitasking doesn't feel as snappy or responsive as it should for a year-old tablet. It's a good tablet. It's not a great one.

The battery life's not quite as good as the other Mini. Apple has two iPad Minis, but if you care about the longest battery life, get the Mini 2. Apple claims 10 hours across all its iPads, but the actual results on our video-playback tests in airplane mode show some differences. The Mini 4 lasted 9 hours 34 minutes. The Mini 2 lasted 11 hours, 20 minutes.

The Mini 4 costs just as much as the faster, bigger Air 2. At $399, £319 and $AU$569 for 16GB (and $499/£399/AU$699 for the 64GB model you really want), it's the exact same cost as the iPad Air 2 (following the March price cuts after the iPad Pro's release). The Air 2 is a year older, but it has slightly better specs. Both the Mini 4 and Air 2 have the same pixel resolution, but the Mini 4 packs that in a smaller size. Advantage, or disadvantage? Depends, really. For writing and productivity apps, it can get annoying. But you're not getting an 8-inch tablet for productivity, are you?

There are plenty of cheaper, "good enough" iPad alternatives. As always, it's worth remembering that there are plenty of other small, cheap tablets (Amazon's Fire tablets, Samsung Galaxy Tab A) available for less than the iPad Mini 4. You can even get, say, a Chromebook and an HP Stream Windows laptops for the price of a single Mini 4. So if you're just looking for a small portable convenient computing device -- something for email, web browsing, Facebook and Netflix -- be sure to look beyond the Apple name. (Of course, alternatives are moot if you prefer the way the iPad's familiar, easy interface works so well with your other Apple devices, or if you are looking for something that's compatible with all the iOS games, apps and iTunes music and video you've already purchased.)

The iPad Mini 2 is a better value -- but it's getting long in the tooth. The Mini 2 is a shrunken-down iPad Air. It gets the job done for basics, but don't expect a speed demon. At $269/£219/AU$369 for 16GB and $319/£259/AU$429, the Mini 2 still feels expensive given those bargain basement non-Apple alternatives above. But it's frequently on sale for under $200 at Walmart and Target. The Mini 4 means spending almost $200 more for the step-up storage version, which is a totally different investment.

If the Mini 4 cost less, I'd love it more. I'd really only use the Mini 4 as a travel reader or entertainment tablet. And it's an expensive buy for that. Now that iPhones are larger, the need for a smaller iPad has diminished. I used to love its size, but when I carry an iPad I like versatility. For me, that's the Air 2.

And writing a review on this tiny iPad is making my fingers cramp.

Watch this: All of Apple's new computers and iPads
01:14 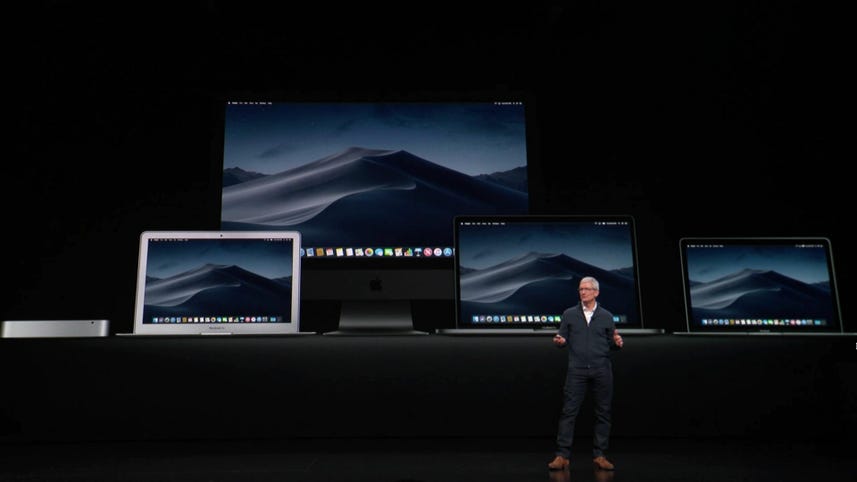