Offering the ideal balance of size, performance, and price, the iPad Air 2 remains a solid value for everyday users, even as the 9.7-inch iPad Pro takes on the mantle of best iPad ever made.

The iPad Air 2 has a great balance of size and weight. Crisp, bright display. iOS 9 runs perfectly, including split-screen apps.

Apple's aging mid-range tablet is still the perfect mix of size and performance for nearly everyone.
Watch this: All of Apple's new hardware announcements
01:22 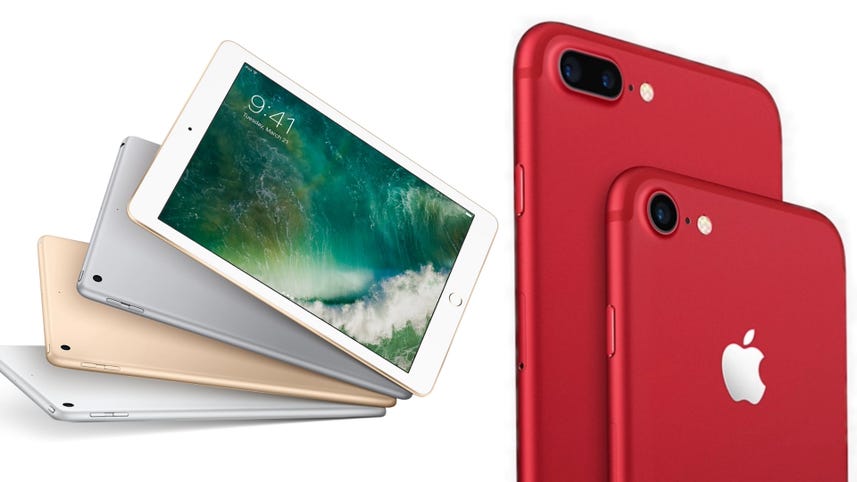 The iPad Air 2 review, published in November 2015 and updated regularly since, follows.

Editors' note: On September 7, 2016, Apple gave a storage boost to its lineup of iPads, increasing the base storage capacity of the iPad Air 2, iPad Mini 4 and iPad Mini 2 from 16GB to 32GB. Though the company discontinued the 64GB edition of the iPad Air 2, the 128GB version remains available and is now $100 cheaper than before ($499 without cellular connectivity and $629 with it).

When Apple introduced the 9.7-inch iPad Pro on March 21, 2016, it seized the mantle of best iPad ever. The spitting image of the celebrated iPad Air 2, this smaller sibling of the original iPad Pro brings to the table a marvelous combination of form factor perfection and cutting-edge specs. Noteworthy features include a blazing fast processor; killer cameras (front and rear); an enhanced, antireflective display; and support for Apple's Pencil and Smart Keyboard. With a near-perfect balance between tablet power and portability, the 9.7-inch iPad Pro is pricy, sure, starting at $599 -- but also the new gold standard in the tablet category.

That noted, the iPad Air 2, the progenitor of the 9.7-inch iPad Pro design, remains arguably the better value. As of September 2016, the 32GB iPad Air 2 costs $200 less than the 32GB iPad Pro and has virtually everything a conventional user needs in a tablet. With a keyboard accessory, it's a great portable writing tool -- unlike the iPad Mini 2 and Mini 4, which are both just a tad too small for keyboards. Its screen is well-suited to watching movies. And it handles multitasking a bit better than the Mini 4.

As Scott Stein suggests in his review of the iPad Pro, this may be why Apple put the "Pro" in the iPad Pro -- these high-performance models are not for everyone. Yes, they're fast -- and especially great for creative professionals who are going to use their Pencil add-ons. But the upgrades come with a hefty price tag, and many folks would be better off spending that amount of money on a nice laptop.

Given this, the iPad Air 2 is still the Goldilocks in Apple's tablet lineup. We awarded it a CNET Editors' Choice in October 2014, and we heartily re-endorse it now, more than two years later.

Editors' note: The original iPad Air 2 review, which follows, has been updated to reflect the existence of the iPad Pro and 9.7-inch iPad Pro.

The real reason I recommend the Air 2 over all other iPads is it strikes the perfect balance between a reading/playing/viewing tablet and something a bit more productive. It can be carried pretty easily in one hand and feels like reading a softcover book. Magazines and feature articles look good on its screen. Movies -- even letterboxed ones -- look sharp. But it's big enough to do some work on. Apps run side-by-side in splitscreen (Split View) mode work well, and with a keyboard attached it's a solid portable writing machine. My favorite case right now is Belkin's QODE Ultimate Pro -- it offers protection, a great backlit keyboard and two different tilt angles. With one of these on, the is nearly a tiny laptop without a trackpad, and a great emergency device to always have on me.

Even after weeks with the larger iPad Pro, the seems fine to me. It even seems cozier and a lot more portable.

iOS 9 adds a few great new tricks to what the can do; Split View is the best of them. Apps can be placed side-by-side for real multitasking, in one of several set orientations. Not all apps can use Split View (only ones that have been updated to allow for it), which can be frustrating. But more are being added all the time, and those that are optimized for split-screen are great. For email, Twitter, or even pulling up a calculator on the fly, it makes for a lot more efficiency.

Picture-in-picture video is also new to iOS 9, and it means the Air 2 can be used to follow livestreamed events -- or just regular old Web video -- in apps that support the feature. I've found it works fairly well via Safari browser windows while doing other things.

The A8X processor in the Air 2 doesn't skip a beat doing any of these things, and all apps I throw at it run wonderfully. It's faster than the 4, and it doesn't even seem slow compared to the more powerful iPad Pro right now (mainly because the Pro doesn't have a ton of optimized apps yet).

Battery life, meanwhile, hits right around Apple's rated lifespan of about 10 hours between charges. You can use the iOS 9 battery-saving feature to extend that as needed, and standby time is especially good. In other words, this iPad will get you through a transcontinental flight with juice to spare, and you won't have to recharge it as often as your phone.

There are other, more affordable options when it comes to tablets: lots of Android alternatives, Chromebooks and a fair bunch of full-fledged Windows 10 laptops, some as cheap as $200. The iPad doesn't match up as a budget pick, but it's still the king of tablets because of the sheer number of high-quality iPad apps that exist. At the same time, iOS 9 has made some necessary strides towards making the iPad a lot more useful.

And no, not everyone needs a tablet -- especially if you're happy with one of those devices listed above, or even an older iPad model. But if you're considering a new one, the Air 2 doesn't feel old -- it's great, balancing out productivity with useful reading, viewing and gaming apps. The Mini 4 and Pro feel too pushed to one side or the other. In fact, only specialists lusting after the super-accurate Pencil stylus would have a pressing need to upgrade to the considerably more expensive Pro models.

Bottom line: even in this iPad Pro era, the iPad Air 2 still delivers the best bang for the buck.