The four-door coupe will also be available with the full might of Benz's driver assistance and cabin comfort technology.

Mercedes-Benz's four-door coupe enters its third generation with the debut of the 2019 CLS 450 at the 2017 LA Auto Show. The new model showcases a curvaceous profile that's matched by an equally stylish interior, Benz's latest tech and amenities and a new electrified EQ Boost powertrain.

The new look still says "four-door coupe" with its interesting combination of a low roofline and high belt-line, but the details are simpler and more modern. Mercedes calls this a "Sensual Purity" design idiom, which makes me feel just a tad dirty. Everywhere you look, from the hood to the flanks and haunches, the sheet metal has been smoothed and the design simplified. Many are already lamenting the sculpted flanks of the previous two generations -- without them, the trademark CLS rising waist is much less obvious--but I'd wager the less busy aesthetic will play well with those cross-shopping against Audi.

Meanwhile, the front fascia gains a bit of aggressive character with a new furled brow above the headlamps and wide upper and lower grille apertures.

Underhood is a new 3.0-liter inline six-cylinder engine that makes 362 horsepower and 369 pound-feet of torque before the EQ Boost kicks in. See, the CLS 450 will be the first Benz to boast Mercedes' new 48-volt EQ Boost mild hybrid system which adds an additional 21 horsepower and 184 pound-feet of torque to the power party for short bursts of speed. The system also helps smooth out the anti-idling stop-start system, allowing the CLS to shut its engine down when stopped or coasting down to save fuel and recaptures wasted energy via regenerative braking. The CLS 450 will launch in both rear-wheel and 4Matic all-wheel-drive flavors. 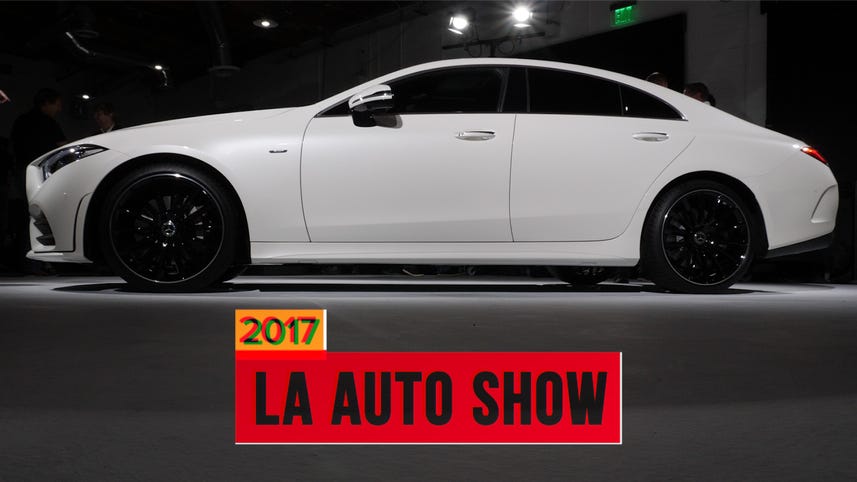 Inside, the CLS' dashboard looks a lot like that of the latest generation of Mercedes-Benz vehicles with a wide, dual 12.3-inch display dashboard and smart infotainment technology that integrates convenience and luxury features like the Energizing Comfort system. Also found on the new S Class, Energizing Comfort is a series of six cabin presets that adjusts the climate control, ambient lighting, audio system, massage seats, the audio playlist and even in-cabin fragrance to create a specific mood. Think of it like drive modes for your senses.

Out back, the second row features two outboard seats that mimic the design of the front buckets, but there's also a center seating position and belts, meaning this four-door coupe is also a five-seater.

On the road, those five passengers should be treated to the automaker's Air Body Control suspension while being kept safer thanks to Mercedes-Benz's suite of driver assistance technologies. Active Brake Assist is standard along with the Pre-Safe pre-collision system. There's also a novel sound element of Pre-Safe that can help prevent occupant hearing in the event of a collision. Optionally, the CLS can be had with a Driver Assistance Package similar to that of the new S Class with a selection of semi-autonomous aid systems like route-sensitive adaptive cruise control that can sense and adjust speed for curves or changing speed limits, lane keeping steering assist, blind spot monitoring and a laundry list of other systems and enhancements.

As is often the case with world premieres, pricing has not yet been announced, but we can expect to learn more as we approach the late 2018 launch window.