Changing from a Bluetooth headset to a little 1.9-inch square, the Looxcie 3 can record 720p video while streaming live privately or publicly to your Facebook page.

Joshua Goldman is a senior editor for CNET Reviews, covering laptops and the occasional action cam or drone and related accessories. He has been writing about and reviewing consumer technology and software since 2000.

Watch this: Looxcie changes up its design for its third-gen streaming camera
01:49 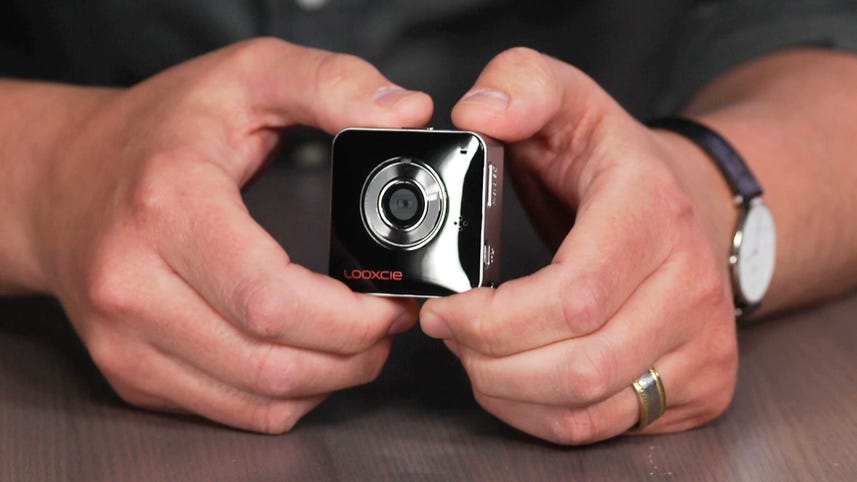 Looxcie changes up its design for its third-gen streaming camera
1:49
Watch Now

In 2010, the Looxcie wearable camera was ahead of its time (though not necessarily in a good way).

The $199 first version was a large Bluetooth headset with a built-in camera that recorded HVGA-resolution video (480x320 pixels) at 15 frames per second. The Bluetooth could be used to directly connect to an Android or iOS device, giving you a live view of what the camera saw as well as a way to transfer clips for mobile uploading. Unfortunately, the concept and the available technology to handle it weren't in the same place at that time.

With the Looxcie 3, that changes. No longer a clunky headset (or even a streamlined headset like the Looxcie 2), this latest Looxcie drops Bluetooth for Wi-Fi and has enough video-processing power to simultaneously live-stream WQVGA-resolution video at 15fps while recording at 720p at 30fps.

The small square camera weighs less than 0.8 ounce and measures 1.9 inches wide by 1.9 inches high by 0.6 inch deep. On the left side are a Micro-USB port and a microSDXC card slot (up to 64GB is supported, but no card is included). The right side has the power and Wi-Fi/shooting-mode buttons, and the top has a record/shutter release button.

Turn it on and press record and it starts capturing video at 720p video or you can use it to capture stills at the same resolution. Also available is the capability to capture loop recordings and then if something interesting happens, you can -- with a single button press -- create a clip of the last 30 seconds. A single charge of its internal battery gets you up to 90 minutes of recording time.

If you want to actually set up your shot before you start recording, you can use the camera's built-in Wi-Fi to connect to your Android or iOS device and use it to view and control the camera. This is also how you post live streams to your Facebook wall or to a Looxcie community channel. You can do mobile-to-mobile private streams, too.

Video is recorded in MP4 format at a bit rate of about 15Mbps. Though I haven't had a chance to do much shooting with it yet, the few clips I've shot so far look good. (I'll have sample video to view when I wrap up the full review.)

The Looxcie 3 starts at $99.99, which includes the camera, a 1/4-20 tripod mount, and a Micro-USB cable. A $149.99 Social pack gets you that stuff plus two silicone covers; a rotating clip that can also be used with one of the two included lanyards; a baseball cap clip; and a small stand with a tripod mount and a sticky pad. A waterproof case and additional covers will also be available.

At those prices, it's almost an impulse buy for anyone who wants a simple way to shoot hands-free video for Web sharing. But, again, I'll have a full review shortly if you want to see more before you buy.