Apple iPod Touch (2019) review: The most adorable piece of nostalgia you don’t need

Patrick Holland has an eye for photography and a passion for everything mobile. He is a colorful raconteur who will guide you through the ever-changing and fast-paced world of phones. He also is one of the hosts of CNET's I'm So Obsessed podcast.

The new iPod Touch is twice as fast as the previous version and will be able to run iOS 13. Its small size, thin body, headphone jack and old school iPhone-vibe will appeal to some.

Battery life isn't great, photos and videos are only OK and larger storage versions of the iPod Touch cost too much.

Basically, the 2015 iPod got a brain transplant to keep it chugging along. Everything else about it remains unchanged making it an easy swap out for businesses that currently rely on the iPod, but a hard sell for most people.

But why did Apple update the processor on a 4-year-old iPod? How does that new hardware affect the iPod's performance and battery life? And should you buy one?

Despite really enjoying the petite device (it truly is, dare I say, a "cute" gadget), I wouldn't buy one. It's not that the iPod Touch isn't good, it's just that it has a narrower appeal than, say, the iPhone XS. Imagine if Apple re-released an iPhone 6S with an updated processor, 32GB of storage and kept the original 2015 price of $650. That wouldn't be the greatest deal.

It would be a different story had Apple updated the iPod with a new battery and camera as well as brought the overall design into the iPhone X era -- even if that meant a higher price. But the new iPod Touch is about bridging the old and new.

There are several situations where updating the iPod makes perfect sense, like as a kid's mobile gaming system (especially once Apple Arcade is out) or for hospitals to track medical records and translate different languages or in retail and food service as a mobile register. Keeping the new iPod the exact same size as the previous one makes it easier for businesses to swap out devices without the need of replacing those special mobile register cases.

(Note that CNET may get a share of the revenue if you buy anything featured on our site.)

If you do decide to grab one, I recommend the 32GB model for $199 which puts 4,000 songs in your pocket (after you figure iOS takes up 10-12GB of space). That price makes it the most affordable iOS device you can buy new from Apple. If you are tempted by one of the pricier options, grab a new iPhone 7 instead for just a bit more. Apple sells the top of the line iPod Touch for $399 and the iPhone 7 for $449.

Despite its niche target audience, the iPod Touch is still a solid device, but I'd recommend really thinking about how you'd use it before you buy one. 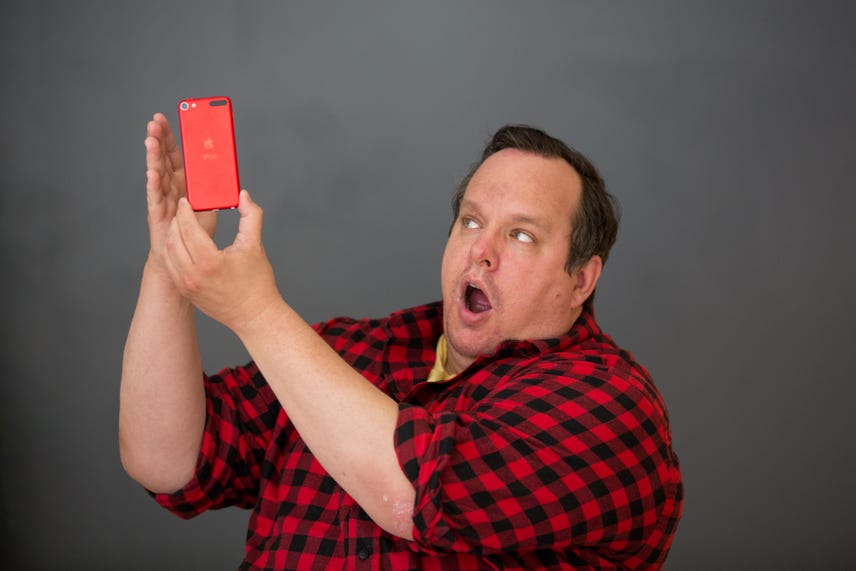 iTunes is no more

Back in the day, using an iPod was all about playing music from iTunes. But at the company's 2019 Worldwide Developer Conference (WWDC), Apple announced that it will dismantle iTunes with the next MacOS release. It's odd that Apple kept the iPod and not iTunes, though. They're like peanut butter and jelly.

Really the loss of iTunes will only be felt by those who upgrade to MacOS Catalina and even then Apple Music and syncing via Finder will become the conduit to your iPod Touch for any MP3 files you have amassed anyway.

But I have a secret: I downloaded Spotify onto the iPod. Even though at first it felt wrong, it was actually a delight to use. The tiny iPod was more manageable on a workout or to carry on the train than my iPhone XS Max. The iPod Touch lacks a cellular antenna, which meant I could only stream music when I was on WiFi. Other times I had to use Spotify Premium to download songs before a journey through a WiFi free zone.

Everyone who picked up my iPod Touch had the same reaction: "It's so small!" And compared with the iPhone XS or XS Max, it's downright tiny. The screen is four inches compared with the 5.8-inch iPhone XS. It also doesn't have a notch; instead there are thick bezels with a big chin and forehead, aka: the classic iPhone aesthetic before the iPhone X era.

The first time I held the new iPod I recall whispering to myself: "I miss this." There's something so refreshing and perhaps even nostalgic about a small display on such a thin device. And even though the iPod Touch is thinner than every iPhone Apple currently sells, it still somehow manages to have a headphone jack.

On the back is a single 8-megapixel camera. It's basically the one from the iPhone 6 but with a slightly slower aperture. To the far right of the camera is a black oval that covers a hole for the iPod's antennas. Since the iPhone 4, Apple has incorporated antennas into the sides of the device -- remember "Don't hold it like that"? The body of the iPod is even thinner because the antennas are kept inside the body.

Finally, on the bottom is a lighting connector and that aforementioned headphone jack. By the way, the iPod Touch comes with earpods that have a headphone jack connector.

New A10 processor brings AR to the iPod

Apple states that the new iPod is 2X faster than the 2015 iteration. I tested the iPod with Geekbench 4 and 3D Mark Ice Storm Unlimited. The results backed Apple's claim.

The new processor brings AR functionality to the iPod for the first time and allows it to run iOS 13 when it's released this fall. I tried several AR games like Ghostbusters World and sites like Apple's own AR Mac Pro website. Graphics were smooth and responsive, but anytime I used AR, the iPod quickly warmed up.

In day-to-day use, the iPod felt like my old iPhone 7. It handled loading websites, opening apps and editing photos easily.

Where the iPod shows its age

Photos from the iPod Touch are pretty middle of the road so don't expect much. Images are decent but suffered more easily from noise and looked more muddled than what you can get from the current lineup of iPhones. Selfies are especially bad unless you're in ample enough light. Lastly, battery life is short. The iPod has a tiny little battery compared to most phones these days and it would last about half a day when I used it heavily on WiFi.

Design 7Features 7Performance 7Camera 6Battery 6
Get the best price on everything
Shop your favorite products and we’ll find the best deal with a single click. Designed to make shopping easier.
Add CNET Shopping