Samsung has unleashed its flagship television, the 75-inch ES9000, which promises great things and will certainly charge handsomely for it.

When it comes to big television screens -- and I'm talking really big here, in the 70-inch-plus realm -- the sky's the limit in the amount of money you can expect to pay.

Watch this: Samsung bows its largest, best LED TV yet
01:12 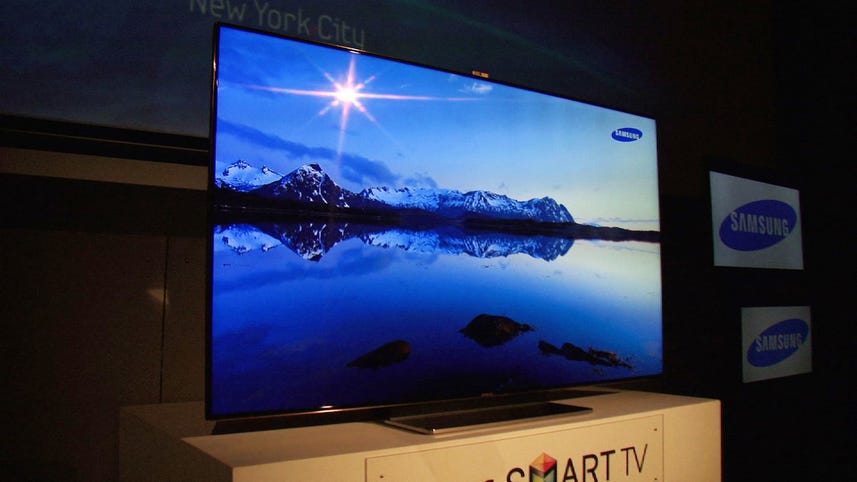 Samsung announced a 75-inch TV at CES 2012 as part of the UNES8000 series, but in the intervening time it appears the company has seen fit to give the big screen a higher model number. The Samsung UN75ES9000 is the company's new flagship, at least until the ES9500 OLED comes along, and promises some features not included on the not-as-impressive-as-hoped UNES8000.

The TV boasts a similar design to the ES8000 except the superthin, 0.31-inch bezel will now sport a luxurious rose gold finish and stand. In addition, the camera on top, used for gesture control and Skype, is now retractable.

The TV will use a combination of the company's Micro Dimming Ultimate (which is on the ES8000) and Precision Black Local Dimming technology (which isn't) to deliver what it claims will be the "highest contrast ratio on a Samsung Smart TV to date" for what that's worth. Given that the E8000 plasma has a fairly impressive dynamic range, this is quite a bold claim, especially for an LCD television. The ES9000 is the only 2012 Samsung TV to employ local dimming, although it does so from an edge-lit configuration (like Sony's HX850) as opposed to full-array (like the Sharp Elite).

Samsung says the TV's new features will provide a 30 percent improvement in black levels and also sharpness, and while I'm psyched about improvements in contrast a boost in sharpness sounds suspiciously like over-sharpening and is therefore bad. Furthermore, the TV will also gain a 60 percent improvement in brightness, but unless you're watching the TV in broad daylight or using it as digital signage this is less of a selling point.

The ES9000 also includes Sound Share, which the "step-down" TVs don't seem to, and which is designed to automatically and wirelessly connect the TV's audio to Samsung’s Wireless Audio Docks via a Bluetooth connection.

Lastly, and though not limited to the ES9000, the TV will be one of the first to play Angry Birds via gestures.