With a quad-core processor and 1GB of RAM, the new Raspberry Pi packs a punch, and will also run a Pi-compatible version of Windows 10.

Luke Westaway is a senior editor at CNET and writer/ presenter of Adventures in Tech, a thrilling gadget show produced in our London office. Luke's focus is on keeping you in the loop with a mix of video, features, expert opinion and analysis.

The ever-so-basic Raspberry Pi microcomputer -- which costs a tiny amount of money and is designed to get youngsters interested in coding -- is perhaps the most exciting thing to happen to computing in years. So when a new version of the Pi makes its debut, we pay attention.

The Raspberry Pi 2 model B may not have the snappiest name, but it has a pretty snappy processor, packing a new quad-core chip and more RAM, plus the power to run a version of Windows 10. Read on for everything you need to know -- and don't forget to flick through our photos, too.

The Pi 2 model B features a Broadcom 900MHz quad-core ARM Cortex-A7 processor, backed up by a hearty 1GB of RAM. The Raspberry Pi Foundation says that benchmark tests have this new board running six times faster than its (admittedly pretty modest) predecessor.

Happily however, the extra grunt hasn't driven the price up -- the Pi 2 still costs $35, AU$59 or roughly £27, making it an affordable way to tinker with some very flexible technology. If you're looking for inspiration, we've got a guide of 25 things to try, including making emulators for old games consoles and media centres.

Apart from the new processor and memory, the Pi 2 is the same as its predecessor, right down to the connectors and where they're placed.

You get four USB ports, HDMI, a micro USB power source, Ethernet, microSD, plus a number of other connectors for hooking up accessories or extra hardware. These are a 40-pin extended GPIO, a 4-pole stereo output and composite video port, a CSI camera port for connecting the Raspberry Pi camera, and a DSI display port, which can be used to hook the Pi up to a touchscreen display.

Because the hardware remains the same, the Pi 2 should be compatible with any existing accessories you own, and your current Pi projects won't be rendered obsolete.

Microsoft has confirmed that it's going to release a free Raspberry Pi-compatible version of its upcoming Windows 10 software, which the Pi 2 will be capable of running.

If you're thinking that this sounds like a great way of building yourself a cheap computer with free Windows, then hold up -- the version that Microsoft is making is part of its Windows Developer Program for IoT (Internet of Things), which is Microsoft's project to get Windows running on a range of smaller devices.

That means that you're unlikely to get the familiar Windows desktop experience on the Raspberry Pi, at least through Microsoft's free offering. But if you're technically minded and fancy fooling around with Microsoft's developer tools, the introduction of Windows 10 to the Pi may be of interest.

The Pi 2 model B is on sale today. We've been really impressed with what tech tinkerers have cooked up using the Pi so far, so we're excited to see what new projects the more powerful hardware makes possible.

Watch this: The making of Raspberry Pi
04:21 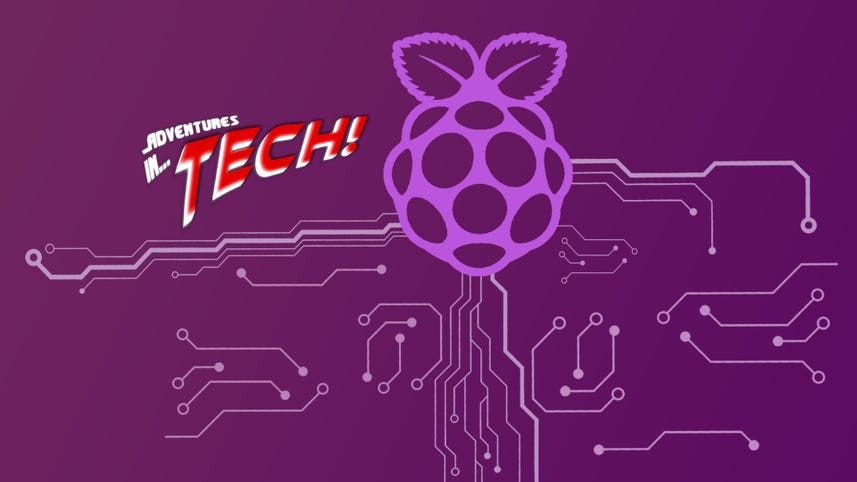