The flexible TV can go from flat to curved and back at the touch of a button. First introduced as a concept last year, it will go on sale later in 2015.

LAS VEGAS -- In 2015, LG will sell curved OLED TVs and it will sell flat OLED TVs. And it will also sell one TV that's both curved and flat.

Known as the 77EG9900 in the US and the 77EG990V in the UK, the 77-inch monster will be the company's highest-end OLED TV announced so far. It was first shown as a smaller concept model at CES last year, but now LG says it will actually be available for sale to the public in 2015.

Pricing and availability were not announced, but we expect it to cost significantly more than the $25,000 price of the company's current, inflexible 77-inch OLED TV.

The flexible screen can go from flat to curved and back again with the press of a button on the remote. Why would you want do to that? Beyond the cool factor, it might be nice to use the more egalitarian flat position when guests arrive, then switch to to curved when you're the sole viewer in the sweet spot -- if you like that sort of thing.

Check out our video of last year's concept piece for a taste of the flexible TV in action.

Watch this: LG's flexible OLED TV bends at your command
01:45 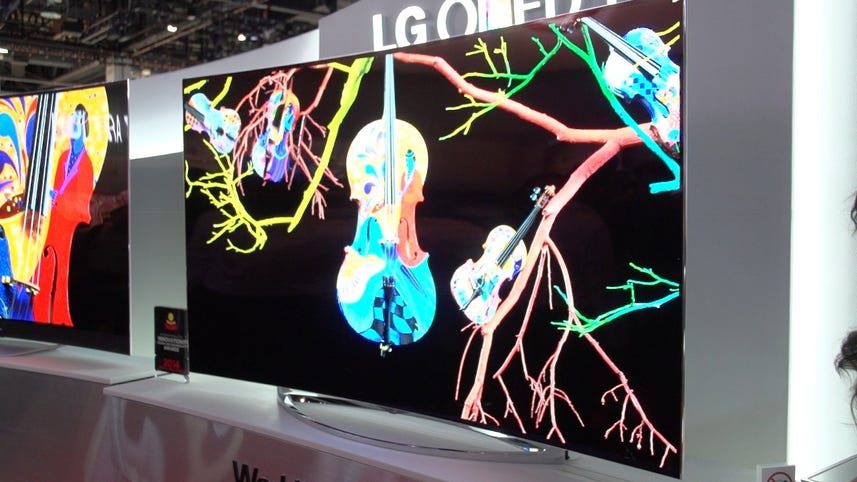 Like all of LG's new OLED TVs the 77EG9900 has 4K resolution. It also offers passive 3D, which in combination with that 4K resolution could result in the best 3D experience yet. A new antireflective screen coating supposedly improves upon the (excellent) finish found on the 2014 OLED screens.