Executive Editor David Carnoy has been a leading member of CNET's Reviews team since 2000. He covers the gamut of gadgets and is a notable e-reader and e-publishing expert. He's also the author of the novels Knife Music, The Big Exit and Lucidity. All the titles are available as Kindle, iBooks and Nook e-books, as well as audiobooks.

We've been fans of earlier JBL Clip mini Bluetooth speakers, and the new Clip 3 ($60, £50, AU$80) features some significant design modifications that clearly distinguish it from its predecessor, the Clip 2.

The JBL Clip 3 offers improved sound and battery life in a more durable design than its predecessor. It's fully waterproof and sounds very good for its small size. The integrated carabiner allows you to clip the speaker to a bag or hang it from a peg.

It's a tad larger and heavier than the Clip 2, which is still available at a lower price.

The JBL Clip 3 is a better-sounding version of one of our favorite micro Bluetooth speakers.

Not only does the the fully waterproof speaker (IPX7) have improved battery life and better sound, it's more durable, according to JBL, thanks to the integrated carabiner framing the entire perimeter of the speaker, acting as a bumper.

The Clip 3's integrated carabiner does come at the cost of the Clip 2's integrated 3.5mm cord, which fits into a slot around the perimeter and bottom of the speaker. That said, the Clip 3 has a 3.5mm input next to the charging port, so it will work with wired audio sources -- you just need to supply the cable.

Thankfully, the size tradeoffs pay off: The Clip 3 clearly sounds better than the Clip 2. Not only does it sound a little fuller, with slightly better bass, but it also plays louder. These little speakers have their limitations, but for its size, the Clip 3 impresses. (It also sounds fuller and plays louder than its sibling, the JBL Go 2 -- though you can snag that one for as little as $30 to $40).

The JBL Clip 3 doesn't have quite as much bass as the Bose SoundLink Micro, which plays louder and sounds a little fuller. It's not a huge difference, especially with simpler, acoustic tracks -- these small speakers are always strongest in the midrange -- but the Bose is superior when it comes to tracks that feature more bass and more instruments playing simultaneously, especially at higher volumes. However, it does cost $40 more. (The Bose was available for $30 off during Amazon Prime Day, but that deal has now lapsed.)

As for the Clip 3's extra features, it has a built-in echo- and noise-canceling speakerphone along with playback and volume control buttons on top of the speaker. Unlike the Clip 2, it isn't compatible with the JBL Connect+ app and can't link to other Clip 3 speakers to augment their sound. I'd guess that not many people used that linked speaker feature so JBL decided to leave it off.

Battery life for this speaker is rated at 10 hours at moderate volume levels. That's up two hours from the Clip 2, which is still on the market and available for around $40. At that price, we still like it a lot.

Is the $60 Clip 3 worth the extra dough? That depends how much you value sound quality and battery life. In terms of performance, I'd say the Clip 3 is about 20 percent better, for about $20 more. Whether that's worth it is up to you.

Watch this: What you need to know about mini Bluetooth speakers
02:56 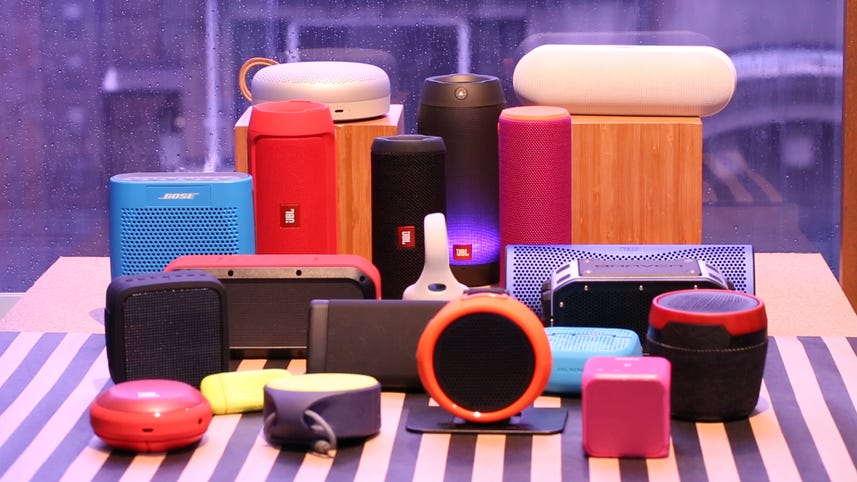 What you need to know about mini Bluetooth speakers
2:56
Watch Now
8.0