It’s got everything you’d expect from a smartwatch, including cellular connectivity -- if smartwatches are your thing.

The Apple Watch Series 3 offers 4G support, meaning you can receive calls, notifications and more without the use of your iPhone. That's great -- if you have an iPhone. Android users are left without though, as the Apple Watch is only compatible with iOS. That's where Huawei steps in… for some parts of the world, at least. It's one of the few cellular-equipped Android-capable watches on the market besides the Samsung Gear S3.

The Huawei Watch 2 is one of few watches that supports 4G connectivity, though not in the US, and does fitness tracking as well as any other wearable.

No features that make this a must-have device for the average user. It's also a little too big and bulky, and its 1.2-inch screen is too small.

Within the category of smartwatches, the Huawei Watch 2 is a great device. But that doesn't mean it's one you need to buy if you're not already sold on wearables.

The Huawei Watch 2 with cellular will set you back AU$599 (which converts to roughly $470, £350). That puts it in the same price bracket as the Apple Watch 3  and Samsung's Gear S3. The 3G connectivity is restricted to Australia, as the Watch 2 sold in the US comes without the ability to connect to mobile networks (and sells for $299, £219).

The Watch 2 looks similar to Samsung's Gear S3 but without the rotating bezels: it's a classic, traditional-looking round sport watch. While it's too bulky for my personal tastes, I did get compliments from friends who found the Watch 2 to be stylish. I am, however, a tall man with fat wrists, so the device's heft is less noticeable on me than it would be on the average person.

The Watch 2's standout feature, like the latest Apple Watch, is cellular connectivity. But do you really need a cellular watch?

You think you want it

Smartwatches are coming along, but they've yet to deliver on their promise and become a truly essential piece of technology. In a similar way, a smartwatch you can slot a SIM card in sounds like a tangible step into the future. For me, however, it ended up not making a huge difference. I almost always have my phone on me, so I don't actually need a cellular watch.

But maybe that's just me.

To find the extra connectivity useful, you need to be doing activities where you're helped by having internet access and hindered by carrying a phone. The midsection of that Venn diagram is smaller than you might think. Running or cycling, where you want to listen to music and be contactable but don't want to have a fragile phone dangling around in your pocket, are the only situations that come to mind.

The Huawei Watch 2 runs Android Wear 2.0. The only apps that currently offer 4G support on the platform are Uber, Google Play Music, Facebook Messenger and, for some reason, Foursquare. I can see Uber being useful; you'll be able to hail a car if your phone dies on a night out, for instance. Google Play Music will let you stream music without your phone, which is great -- but it's a letdown that the more popular Spotify doesn't offer the same.

You'll also be able to receive messages and make calls using the Watch. This worked surprisingly well, as people I talked to through my watch couldn't tell I wasn't using a phone.

Another connectivity addition is NFC, which enables Android Pay. The Huawei Watch 2 can pay for stuff with a flick of the wrist -- if your bank is supported. I'm with Commonwealth Bank, which is sadly an Android Pay no-go. Westpac and ANZ are both compatible, though. Check here for a full list of participating banks. Again, this won't be available on the U.S. version of the watch.

The Watch 2 is a big watch, and though there's nothing inherently wrong with a big ol' watch -- I've seen people rock fat G-Shocks for years -- they're generally an acquired taste. And even if you like big watches, you probably won't like how the Watch 2's big bezel causes the display's touchscreen to feel sunken-in and hard to reach.

Despite its size, it's still a looker, with a nice range of digital watch faces to choose from, and plenty of analog throwback designs. There are two buttons on the side; one that acts as a back button, and another that starts workouts.

The Watch 2 has a 1.2-inch screen, a touch smaller than the Gear S3's 1.3 inches and the Apple Watch 3's 1.65-inch display. It feels even smaller, though, due to being enclaved by the bezel.

The Gear 3 had a similar issue, but it was offset slightly by the the fact that the rotating bezel could be used to navigate. You rely more on the screen here, making the problem, though not significant, more noticeable.

Gym ready (but not pool friendly)

Huawei Watch 2 is pretty full-featured for fitness, as far as Android Wear watches go. It's got heart-rate tracking and GPS connection. It can also track fitness metrics like simulated V02 Max, if you're into learning about your cardiovascular limits.

Huawei tosses in some coaching to improve your cardio, along with algorithms to track your metabolism. But you'll mostly have to go through Huawei Wear, a phone app that's easy enough to navigate, even if it feels extraneous. One thing this watch lacks is a waterproof design. Sorry, swimmers.

Huawei Watch 2 is an Android wearable with LTE

The Huawei Watch 2 is a good smartwatch. Everything it does, it does well. Plus, I found Android Wear 2.0 smoother to use than the Tizen OS that runs on the Samsung Gear S3. If you're a keen runner who longs to be digitally connected but unfettered by a smartphone, or have another specific use for 4G connectivity, the Huawei Watch 2 is a strong option. Especially if you're on Android and can't use an Apple Watch.

But I have my reservations. The issues you'll have with it are the same you'd have with every smartwatch: it's annoying to have to charge every day or two, and none of its features are truly essential. That's just where we're at with smartwatches right now. You can find use in them if you've decided you need to have a flash new gadget, but there's not enough substance for the average Joe to justify the purchase. Consider it if you've already committed to buying a smartwatch. That said, it's probably more expensive than it needs to be.

Watch this: Huawei's Watch 2 is a good smartwatch, but not an essential buy
01:52 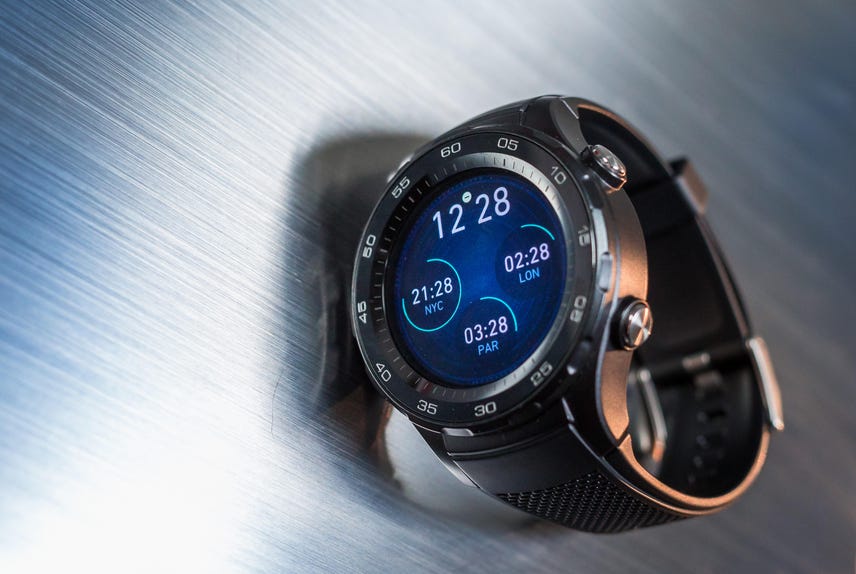