The latest version of Google's tiny streamer, dubbed Chromecast Ultra, can deliver 4K resolution streams from Netflix and others, complete with high dynamic range, for an affordable price.

4K TVs are getting cheaper every day, and now 4K-capable devices to connect to those TVs are following suit. One of the cheapest so far is Chromecast Ultra.

This tiny device, available for $69, AU$99 or £69 in November, promises better image quality than the current $35 Chromecast. That's because it can stream 4K and HDR video.

At launch Google says Chromecast Ultra will stream 4K from Netflix, YouTube and Vudu. Coming later this year, Google's own Play TV and Movies store will also offer 4K video. Google hasn't yet confirmed the exact date or which, if any, of these services will stream HDR to the Chromecast Ultra at launch, but its blog post says "we're working to bring more 4K and HDR content on board."

In theory 4K resolution provides a sharper picture than 1080p HD video, but in CNET's tests the difference is subtle at best with Netflix and other streaming sources. HDR, aka high dynamic range, can provide a more dramatic improvement in contrast and color, depending on the video in question. Just don't confuse it with HDR for phones (even Pixel phones with HDR+).

Notably the Ultra is the first external streaming device to handle both HDR formats, HDR10 and Dolby Vision. Other HDR devices, including the $200 Nvidia Shield, the $100 Roku Premiere+ and the $70 Xiaomi Mi Box, are all HDR10-only. In our tests we've found that with TVs that do support Dolby Vision, the image is slightly superior to HDR10.

Of course, to get the benefits of 4K or HDR (in either format) you'll need a compatible TV. You'll also need to be watching a 4K and/or HDR TV stream, which are still restricted to a just a few shows, videos and movies. Such higher-quality streams require good bandwidth -- 15Mbps or higher for Netflix, for example -- and you'll need to subscribe to Netflix's $15 monthly plan to get access.

Aside from 4K and HDR, the Ultra is very similar to the current Chromecast, except that it's only available in black. Both are tiny pucks with integrated HDMI cables designed to hang out of sight behind your TV.

One difference is the inclusion of an Ethernet port for wired internet, housed on the power adapter of the Ultra. That's a nice addition given the higher bandwidth requirements of 4K video. You can buy a similar $15 adapter to add Ethernet to standard Chromecast, and both offer 801.11ac Wi-Fi.

Chromecast Ultra streamer is just as dinky, but does 4K and HDR

Both devices work with Google Home, the company's new smart speaker with built-in voice assistant. You can command the speaker to turn on the TV and switch its input to Chromecast, then ask for certain YouTube content by name. One example Google gives is saying ""Ok, Google, play the Jungle Book trailer on my TV."

If you don't own a Home, Chromecast requires you to use your phone, tablet or PC to "Cast" video from supported apps to the TV. The system is quite versatile and reliable in our tests, and app support is superb. One exception, however, is Amazon video. That popular service doesn't work with the Cast system, so Chromecast can't deliver its videos, which include a relatively large collection of 4K and HDR TV shows and movies.

In the past we've preferred Roku devices to Chromecast because they do support Amazon, and also offer an actual remote that we find more convenient to use than a phone. Roku's least expensive player with 4K and HDR is the $100 Premiere+, and for Google (and Kodi) fans the Android-powered $70 Xiaomi Mi Box (which can also Cast, and includes an actual remote) is an intriguing alternative. We look forward to comparing it to Chromecast Ultra as soon as we get our hands on review samples.

In the meantime, our review of the current Chromecast and the accompanying video (below) have some more details about how the device works. 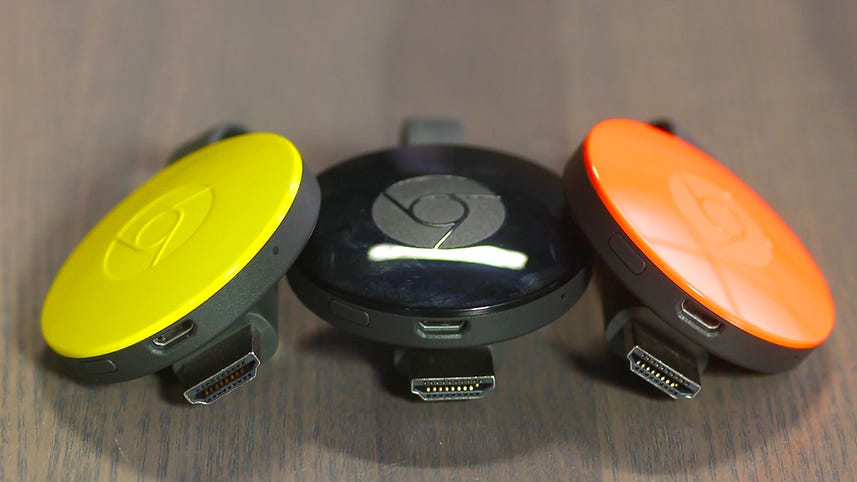