iTunes 11 review: iTunes looks great, but still tries to do too much

iTunes 11 is a much-needed refresh with a new interface and a useful MiniPlayer, but it's still a little overly complex for its own good.

Jason Parker has been at CNET for nearly 15 years. He is the senior editor in charge of iOS software and has become an expert reviewer of the software that runs on each new Apple device. He now spends most of his time covering Apple iOS releases and third-party apps.

The <b>iTunes 11</b> interface is easier to navigate and is more intuitive than previous versions. The MiniPlayer has the right set of controls to keep the software out of your way while you do other things.

The app still takes up a lot of your computer's resources. The Windows version still lags behind the Mac.

iTunes 11 is a much-needed refresh with a new interface and a useful MiniPlayer, but it's still a little overly complex for its own good.

Apple's iTunes 11 ( Mac | Windows) is a complete makeover to Apple's media hub, simplifying the interface, adding more iCloud integration, and adding a new MiniPlayer. The design is intuitive and visually pleasing, but as the first rollout of the new version, there are still a few problems.

What we get now is a complete redesign without Ping, without the need for as much iOS device management (now that much of that is done with iCloud), and without many of the interface elements that were doing little more than taking up space. iTunes 11 is certainly a lot more streamlined visually over past versions, but this early version uses a lot of computer services. Hopefully Apple will follow up with a bug fix update to patch some of the more-troubling problems.

Still, there's little question iTunes needed a refresh, and Apple appears to be on the right path.

The full-screen desktop player
This is the first time iTunes has had a major change to the design scheme since its inception 12 years ago. As such, it will probably take some getting used to, but my initial reaction is positive.

When you open iTunes in the full window, the left-side navigation that housed your various media libraries from earlier versions is no longer the main interface to look at all your content. Now, you have only a drop-down menu on the left to pick the type of media, and buttons across the top to drill down in each category. All you see in the main window is content from that specific category. So if you choose Music from the drop-down menu, for example, the buttons across the top let you sort by songs, albums, artists, genres, videos, playlists, and radio. Below you'll see only content from your music collection. When you choose other media libraries, you get buttons across the top appropriate to that media type. You can also go back to the traditional sidebar view, if you'd like.

iTunes gets an interface refresh (pictures)

iTunes still uses a left-side navigation bar for some things, however. Switch to Artists in the buttons at the top, and you'll get album covers with song lists over on the right, with artist names in a scrollable window for quick navigation on the left. It's the same when you switch to genres, with albums and song lists on the right and with genres you can choose in a scrollable window on the left. Only when you view your entire library, playlists, or radio stations do you see the list-type interface found in earlier versions of iTunes, but for these categories the list view makes more sense.

The most impressive new features are when you look at your music in Album view. When you click an album, it expands in place to show the track list on a backdrop with the same theme as the album cover. From here you can click to play songs, add a track to "Up Next" in the MiniPlayer (more on this below), or get more content from he iTunes Store. Clicking "In The Store" matches your currently selected album with the same content in the iTunes Store to show you top songs and albums from the artist, and recommended songs and artists that have a similar style. It makes for a great way to discover new music or get more from the artists you already know.

Even after using the software for only a short time, it's easy to see how the interface tweaks make navigating the many features of iTunes more intuitive.

The iTunes MiniPlayer
Even with the big, colorful album icons and music discovery features, at some point you'll need to get back to work. To get the full-screen interface out of the way, you can switch to the iTunes MiniPlayer by clicking a box (in the upper right on the Mac and in the upper left via a menu on Windows).

The MiniPlayer has basic controls for play, pause, and skip forward and back, but it also has options for controlling your iTunes library with only a couple of buttons.

With a song playing you can see a small icon of the album cover on the left side of the MiniPlayer and the name of the song with basic playback controls. You have buttons for sending the music to another device via AirPlay and a search field for quickly grabbing a new song without opening the main interface. But the best feature is the ability to add songs to your playlist without ever opening the main interface. This "Up Next" list, which I mentioned above, lets you add, remove, or move songs around to create the perfect playlist for what you're doing right now. From the list you also have the option to jump back into full-screen mode to view all the albums by the current artist, all the songs in the current album, or view the artist in the iTunes Store.

iTunes has sorely needed a way to control music for a long time (usually left up to third-party apps) so it's nice to see this addition in the software. Learn more about using the Up Next feature.

Album, movie box art, and app icons are bigger, showcasing the colorful artwork to catch your eye. Big, new featured items revolve horizontally with an arrow button on each side if you want to speed it along. On the main home screen, you still get new releases across the categories of content below the feature items, and most popular lists for each category (music, movies, books) are still over on the right.

The changes in the iTunes Store are not as drastic as your content library views mentioned above, but it just feels cleaner than it did in earlier versions. There are some smaller tweaks, however, such as a list of small icons to show more recommended songs than you would have seen before, but overall the iTunes Store is similar to earlier versions -- it just looks a lot better.

iTunes Radio and more in iTunes 11.1
With the September 18 release of iTunes 11.1, Apple added a few new features for finding your music, listening to podcasts, and discovering new music. One of the biggest features in iOS 7 is iTunes Radio, and now you'll be able to use it on your desktop. Simply search for an artist or song, or pick from several different genres to create streaming-radio stations. There are also Apple-curated stations that are great for discovering new music.

Speaking of radio, you now also can create a podcast radio station. The way it works is, you can add your favorite podcasts to a station, and iTunes will play them back to back, and even update the station with new podcasts when they become available.

A new Genius Shuffle feature is another cool way to listen to your music. Just start a song, then choose Genius Shuffle, and iTunes picks songs that are supposed to go together. You can find it under the Controls menu at the top, or by using Ctrl-space in Windows or Command-space on a Mac. I tried it on both Mac and Windows, and it seems to match up songs from similar genres pretty well.

Performance
Over the years iTunes has been too bloated, with too many features trying to do too many things. That hasn't changed very much. Navigating the new version doesn't feel particularly muddy to me regardless of platform, with fast response times while changing menus and even when loading different areas of the iTunes Store. So it doesn't feel very slow to use on either platform, but it does still take up a significant memory footprint -- especially on Windows. On the Mac, iTunes feels a bit more responsive and quicker to react, but I think that's been the case in past versions as well, so there's nothing new here.

iTunes hasn't always been as resource heavy, but as time went on, it almost couldn't avoid it. In the beginning, iTunes started out as a simple music player, but Apple later added the iTunes Store. Then there was iPod synchronization and iOS device management, more TV shows and movies, iOS apps, and later the Ping social network. Even before this update, iTunes was not only a media player, but stood as the storefront for every song, movie, app, book, and every other content type you could purchase. With iTunes accounting for so much of your media and device management, it was no wonder it wasn't as agile as it could be.

The past few updates before iTunes 11 showed improvement across platforms. With this refresh I was hoping for not just a streamlined interface, but also a streamlined app. Unfortunately, in my testing, I don't think I have both things yet. iTunes looks great, but it still takes up a large amount of memory, even when just using the MiniPlayer.

Admittedly, it's probably tough for Apple to slim down a piece of software that has to do so much (maybe it's just not possible). So should iTunes try to do less? I don't think so, but if you were hoping that iTunes would suddenly become a lightning-fast media hub, it sadly was not meant to be.

Conclusion
iTunes 11 is a worthwhile update for the new uncluttered layout, better integration between your library and the iTunes Store, and a MiniPlayer with just the right amount of controls to access your library without opening the main interface.

Aesthetically, it's a great update on both platforms, but the app still needs to cover so much ground that it can't do it without using a lot of your computer's resources. The app still works slightly better on a Mac than it does on a Windows machine, but I noticed marked improvements over older versions with responsiveness across both platforms when it come to navigating the various parts of the new interface.

In the end, if you're already an iTunes user or an Apple device owner, you should download this update even with the minor drawbacks. It's easier to use and the new interface makes sense, but don't expect a turbo boost on a program that does as much as iTunes does. 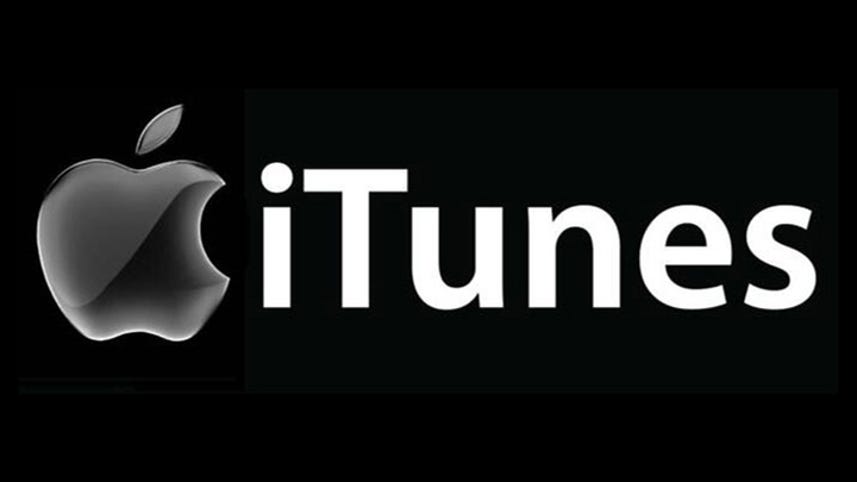