Apple has announced a new version of iTunes, a significant overhaul with a new user interface and built-in iCloud functionality. 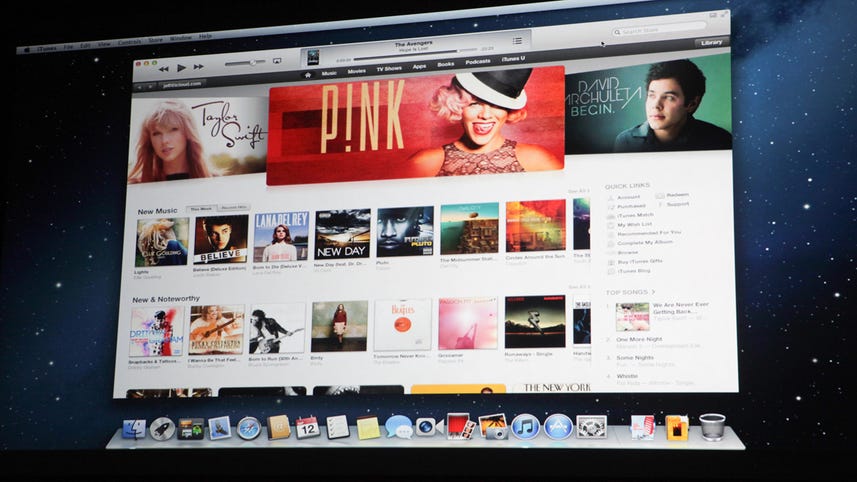 Apple announced a new version of iTunes for Mac and PC at its press conference today; it's a major update to the company's digital media desktop software, with built-in iCloud support and a redesigned user interface.

The new user interface has a wider look, focusing on a grid of album art and ditching the familiar sidebar on the left. Downloaded and iCloud content will now be displayed side-by-side in your library, and iTunes Store content is also now integrated into your library, so you can browse albums from artists you don't necessarily own. Other new functionality includes an "up next" playlist that lets you see upcoming songs, as well as the ability to add a track to play after the song that's currently playing.

A closer look at the new iTunes (pictures)

The new iTunes also features a "mini player" that allows you to control iTunes from a much smaller window. You can view currently playing songs, edit a playlist, and even search for songs from the minimalist, toolbarlike interface.

Apple says the new software will be available in October but didn't give a more specific release date.
Get the best price on everything
Shop your favorite products and we’ll find the best deal with a single click. Designed to make shopping easier.
Add CNET Shopping