Packed with the best specifications of the three Pop S LTE handsets in Alcatel One Touch's lineup, the Pop S9 is the likely the one you're looking for. 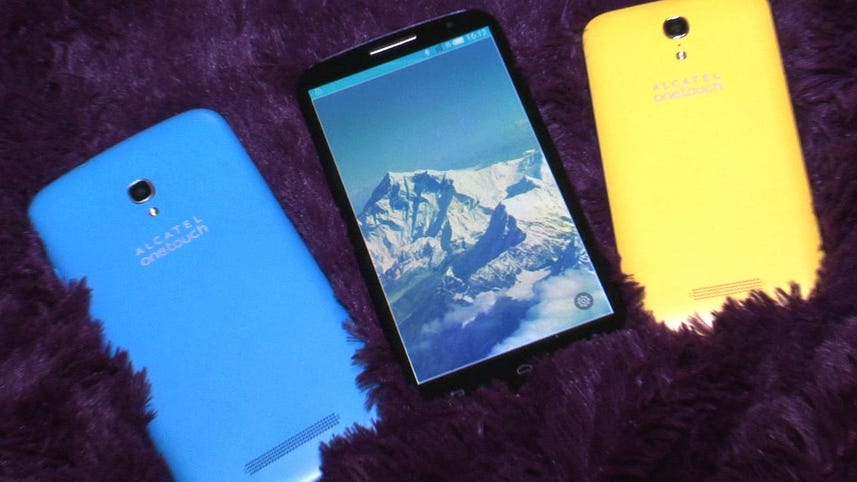 BARCELONA, Spain -- By now, if you've checked out our hands-on with the other Alcatel One Touch handsets such as the Pop S3 (4-inch) and S7 (5-inch), you're probably confused about the whole naming scheme. Instead of making it easier for users to identify the handset's display size (or perhaps even the previous number of models), the Pop S range come with numbers that don't make sense.

Take the 5.9-inch LTE-equipped Pop S9, for example. You would have incorrectly assumed the S9 comes with a 9-inch display, but, well, no.

Now, branding issues aside, the Pop S9 is the best specced of the lot. The aforementioned 5.9-inch display uses IPS technology and packs a HD resolution (1,280x720-pixels). The screen was clear and sharp when I tried it.

The S9 has a rear 8-megapixel camera and an embedded 3,400mAh battery and squeezes it all into a thin 8.5-mm frame. It has 8GB of onboard storage and 1GB of RAM. There's a microSD card slot with support of up to 32GB if you need more space.

The only thing that's on par with the S3 and S7, is the 1.2GHz quad-core processor the handset uses. This means you likely won't be able to run the more graphically intensive games without an issue, but normal day-to-day usage such as surfing the Web or using social networking apps should be fine.

Lastly, the handset runs a lightly skinned version of Android 4.3, though there's no word yet on an official update to KitKat (4.4).

The Pop S9 is set to go on sale in the second quarter for 219 euros ($300) without subsidies alongside the S3 and S7. It will be available in China, Europe and the US.