If the 2019 BMW 7 Series had one fault in its drivetrain lineup, it was with the 740e plug-in hybrid. With just a four-cylinder engine under the hood and a puny 14 miles of all-electric range, BMW's biggest PHEV was hard to justify -- especially considering its hefty price tag.

The slightly improved 16 mile electric driving range still isn’t much, there's no Android Auto and it can get expensive real fast.

The updates to the 745e xDrive make it a more appealing luxury plug-in hybrid.

Luckily, BMW has performed a wholesale makeover of the hybrid system in the lengthily named 2020 BMW 745e xDrive iPerformance. There's a bigger gas engine, a more powerful electric motor and a higher-capacity battery pack that seems more fitting for such a big plug-in luxury sedan. 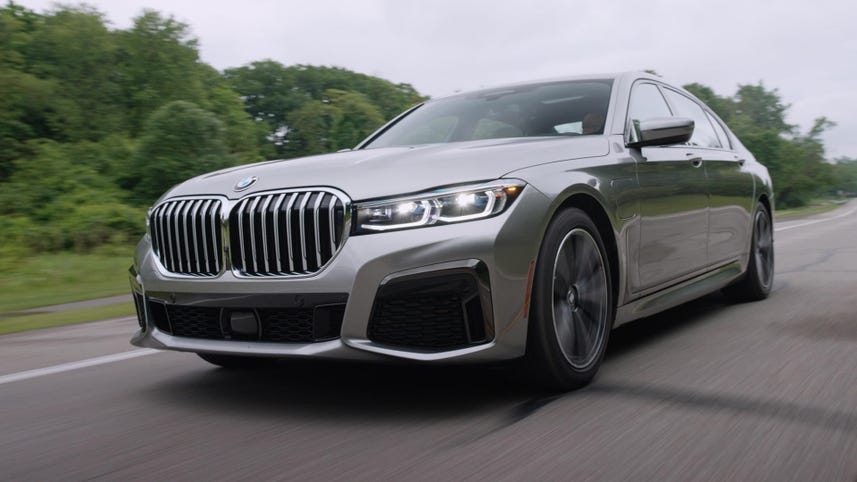 The engine is still married to an eight-speed automatic transmission with a massaged integrated electric drive motor. Motor output is now rated at 113 horsepower and 195 pound-feet for a small gain of 2 hp and 9 lb-ft. The lithium-ion battery packs 12 kilowatt-hours of energy instead of the previous 9.2, which charges in about 4.5 hours when hooked up to a Level 2 charger.

All-electric driving range does improve slightly, but not much. While the 740e featured an EPA-estimated EV range of 14 miles, the 745e gets a 16-mile rating. But because of the bigger gas engine, the overall MPGe (miles per gallon equivalent) rating does drop from 64 to 56.

Out on the road, powertrain smoothness is the name of the game. In the default Hybrid mode, the 745e is capable of running on electric power up to 68 mph, while the Electric setting ratchets it up to 87. Things obviously are not as quick as when the gas engine is running, but acceleration is adequate to duck-and-dive around town with the gearbox whipping off imperceptible shifts.

If more giddy-up is needed, hitting the throttle kick-down fires the engine up in a swift and seamless manner. And then when the extra grunt is no longer required, it'll unnoticeably shut down, too. If you want the drivetrain's full fury ready at all times, dialing up Sport keeps the engine always humming to blast off from stoplights and blow by slow traffic in alarmingly quick fashion. After numerous pedal-to-the-medal floggings, I have no doubts about BMW's 4.9-second 0-to-60 mph claim.

That said, Sport mode doesn't turn the 745e into a sports car. Even with my test car's larger 19-inch tires, sticky Pirelli P Zero tires, dynamic dampers and retuned steering, the experience isn't all that involving. Response at turn-in takes a second, there's dive under braking, noticeable lean entering corners and the brakes don't have a strong initial bite. Of course, this is a big, comfy 7 Series, so it's perfectly fine in my book. As a luxury cruiser, the 745e is spectacular gliding over any road imperfections it encounters, for a relaxing ride.

The 2020 745e is immediately recognizable from its predecessor thanks to a more attention-grabbing kidney grille -- one that's 40% larger than before. In pictures it looks a bit cartoony, but in person the biggie-sized company design trait is fine and definitely gives the car more road presence.

The grille is joined by slimmer headlights, a new bumper with enlarged lower air dams, taller hood and enlarged front quarter vents. Out back, there are slimmer, three-dimensional light housings connected by a tiny light strip and a redesigned bumper with wider exhaust outlet cutouts for a more imposing stance.

Styling changes are less extensive inside the 745e, with swankier accent stitching and a six-color ambient lighting system. Not that any major alterations are necessary in BMW's biggest sedan -- the cabin was already super plush, with oodles of space. With the available luxury rear seating package, you may want to hire a driver so you can ride in back and take advantage of the power reclining and massaging seats.

Being a 7 Series, the 745e is packed to the gills with technology. A familiar iDrive 7 system with a 10.2-inch center touchscreen, center console controller and gesture controls take care of all the infotainment features. It's responsive and intuitive as ever, controlling onboard navigation functions, Bluetooth, a Wi-Fi hotspot and crisp, 16-speaker Bowers & Wilkens surround sound audio setup. One year of Apple CarPlay is also packaged in, but after that customers will have to pay a subscription fee to use it, which is maddening.

BMW's Intelligent Personal Assistant system is new to every 2020 7 Series. The artificial intelligence system is activated when someone says "Hey, BMW," followed by a command to do things like change radio stations or navigate to a destination. You can also ask for vehicle information such as fuel range and tire pressure information. More refinement is still needed as the system only responds to voice prompts roughly half the time. 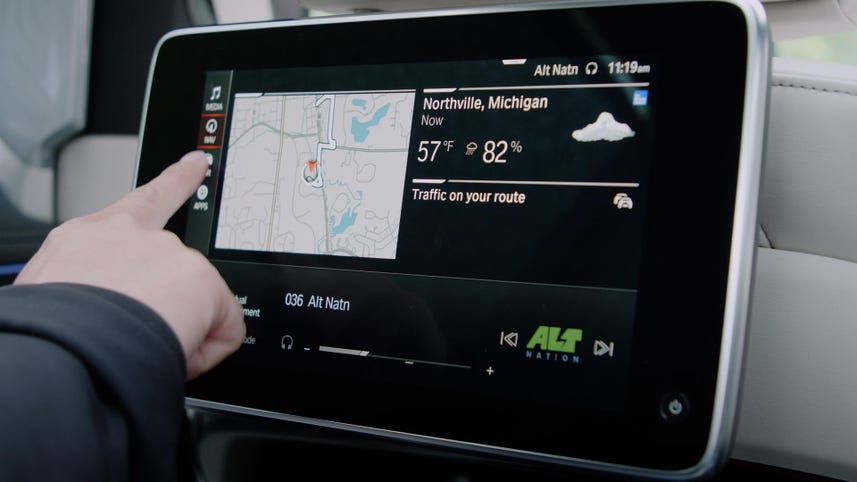 Making backseat accommodations even more satisfying in my test car is an optional entertainment system. The dual seatback touchscreens give the lucky saps riding in the rear their own iDrive controller and a place to watch DVDs.

From pricey to really pricey

The 2020 BMW 745e xDrive iPerformance begins at $95,550, not including $995 for destination. In typical luxury Germany car tradition, you can go buck-wild with options and cause the price tag to swell to scary heights. In my tester's case, a long list of additional equipment, including the cushier backseat and tech features, means an as-tested price of $119,875.

If I were spending my own money, I'd keep things simple and only spring for the $650 M Sport brake package. I'd add the $3,900 Luxury Rear Seating Package to add the reclining and massaging saddles out back and hopefully find someone willing to drive me around from time to time. Those features bring my ideal 745e to a slightly more manageable $101,095.

Without question, the plug-in 7 Series is still an expensive proposition, but a bigger six-cylinder engine and more powerful electric motor do make the price of admission more palatable than before. For those shopping for a comfort-focused hybridized big sedan, the only other game in town at the moment is the Lexus LS 500h with a wallet-friendlier $83,180 base price (when equipped with all-wheel drive). However, later this summer Mercedes will enter the fray with the S560e plug-in hybrid that will give the BMW some true direct competition.