Lexus’ RX 350L is a quick fix for filling a three-row crossover void.

The RX 350 is the golden goose of the Lexus lineup. After debuting 20 years ago, the luxury crossover trailblazer has become the top-selling model in the Lexus lineup -- not to mention the best-selling luxury vehicle, full stop. That type of success is something all automakers are foaming at the mouth to emulate.

Third-row seat is difficult to access and can only carry small children in reasonable comfort. Remote Touch infotainment controller is distracting and cumbersome to use while driving.

Lexus now has a three-row crossover SUV, but the Acura MDX and Infiniti QX60 are better options.

With a firm grip on the five-passenger luxury crossover space, Lexus now turns its attention to the three-row crossover class with a longer RX 350L, which dealers have been clamoring for to take on the likes of the Acura MDX and Infiniti QX60. 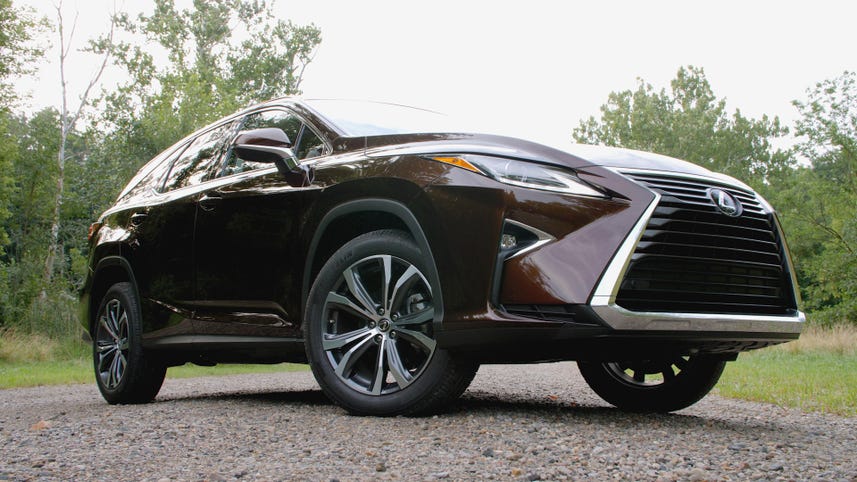 Up until now, the only way to get a Lexus crossover or SUV with three rows of seats was with the body-on-frame GX or gargantuan LX, leaving a sizable void in the lineup for a more compliant unibody crossover capable of carrying seven. Enter the stretched RX 350L riding on the same 109.8-inch wheelbase as the standard RX 350, but with an additional 4.4-inches of length added behind the C pillars to accommodate another row of seats in the way back.

The results are, well, cozy. Accessing the rearmost seats isn't the easiest, though the second row does slide forward to help make getting in and out slightly more manageable. Once back there, in order to provide even a sliver of legroom, the middle row can't be moved very far back, which actually limits leg space for both rows of rear seats. Really, people intending on using both rear rows of seats will only be able to carry small children.

A not-so-usable third row is the result of the RX not being developed from the beginning to accommodate seven passengers. The rear door openings weren't designed for people getting into and out of a third row and the way back seats themselves are comically cramped because they were never supposed to be there. Instead, it's an afterthought that comes with major packaging trade-offs.

Is there any silver lining to the RX 350L? Yes, for people who need to carry more than five passengers once, in a great while, for very short distances. But the biggest benefit is additional space to carry stuff. With rear seats folded down, the regular RX 350 offers 56.3 cubic feet of cargo space, while the RX L packs 70.7 with both rows of backseats stowed. That stacks up favorably to the MDX's 68.4 cubic feet of space, but is behind the QX60's 76.2.

Outside the extra body length behind the rear doors and compromised third-row seats, the longer RX L looks and operates like a standard RX. The distinctive spindle grille remains the design focal point with strong body lines jetting off of it. The cabin is a well isolated oasis from wind and road noises boasting cushy seats and quality materials like soft leathers and stylish matte bamboo trim.

The Enform infotainment system's giant 12.3-inch center display, excellent-sounding 12-speaker audio system, navigation and Bluetooth systems are redeeming qualities, but the lack of Apple CarPlay and Android Auto capabilities are a major disappointment. Of course, the mouse-like Remote Touch controller interface remains the single biggest strike against Enform -- it's distracting to use while driving and makes switching between menu screens and entering navigation destinations more time consuming than it should be. Thankfully, Lexus does retain large standard rotary knobs for volume and radio tuning.

Forward collision warning with auto emergency braking, adaptive cruise control, lane-departure warning with lane-keep assist and auto high beams are standard on all RX 350Ls and work as advertised. My tester is also outfitted with optional blind-spot monitoring and rear cross-traffic alert. The latter proves useful countless times in parking lots warning me of both cars and pedestrians when backing up out of spots in parking lots.

Like the regular RX, the RX 350L is powered by a 3.5-liter V6 working an eight-speed automatic gearbox. Front-wheel drive is standard, but my tester uses all-wheel drive. Oddly, power is down 5 horsepower compared to the standard RX for 290, but torque is the same at 263 pound-feet, returning an estimated 18 miles per gallon in the city and 25 mpg on the highway. Lexus claims the RX 350L AWD hits 60 miles per hour in a believable 8.1 seconds. In stop-and-go motoring, launching from stops is sluggish with the car in Normal mode, but livens up in Sport with the engine and transmission always operating in smooth fashion.

Also smooth is the ride. It's well-damped overall, taking on the biggest bumps and ruts that Midwest roadways have to offer. The more forgiving suspension gives way to some roll through corners and steering is lightly weighted and void of any feedback. But the RX isn't sloppy thanks to wide Michelin Premier LTX 235/55R20 tires offering decent grip. It's simply a competent, comfort-focused luxury crossover.

My ideal Lexus RX 350L would be an all-wheel drive model to better deal with Midwest winters, which starts at $49,170, not including $1,025 for destination (the front-wheel drive RX L comes in at $47,770). To continue the theme of cold weather preparation, I'll add a $150 heated steering wheel, as well as $640 heated and ventilated front seats, though that upgrade requires me to also spec a $810 Premium Package that adds a moonroof and fancy interior trim. Since I'm a big fan of blind-spot monitoring, I want that, and it comes packaged with rear cross-traffic braking and park assist for $1,065. All in, my RX 350L stickers for $52,760. My test car, meanwhile, punches in at $56,865.

Lexus also offers the longer RX in 450hL guise, for $50,720, and with standard all-wheel drive. It uses a V6 engine and electric motor to deliver a combined 308 horsepower, and is estimated to return 31 mpg city, 28 mpg highway and 30 mpg combined. 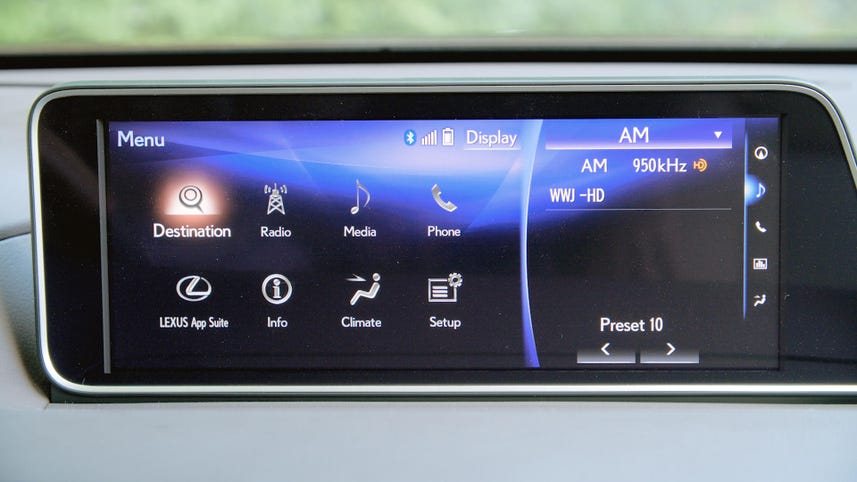 Not ready for prime time

The good news is that Lexus now offers a unibody three-row crossover. The bad news is that it's not very functional to move more than five people with the rearmost seats shoehorned into the back as an afterthought. Competitors like the MDX and QX60 designed from the ground up to have a third row are simply better and more practical packages.

Lexus dealers and customers should be altering their request and asking the Japanese luxury automaker for a legit three-row crossover that was conceived from the beginning. Instead they get the RX 350L, which is really a five-passenger crossover masquerading as a seven-passenger entry.