Other compact sedans are quicker, more fun, less expensive and more efficient, but the Corolla gains traction for standard safety features and its reliability record.

Ah, the Toyota Corolla. Poster car for folks who just want an appliance to get them from Point A to Point B reliably, efficiently and with minimal fuss. Toyota sells 1.5 million units of its compact Corolla family each year globally, and the company is understandably not about to mess with a good thing. This latest 2017 model gets a bit of a front-end refresh and a new trim line or two, but basically, the Corolla remains a safe choice for middle-of-the-road consumers.

The Corolla makes for a comfy commute and Toyota's Safety Sense is standard across all trim lines.

It's not so fun to drive and other compact sedans get better fuel economy. No Apple CarPlay or Android Auto.

The 2017 Toyota Corolla is a good car for those who just want a simple, reliable commuter.

To celebrate the 1968 North American debut of the Corolla, Toyota let me loose in this 50th Anniversary Special Edition. The limited-edition trim is built on the nearly top-of-the-line SE trim and comes with a 7-inch touchscreen running Toyota's Entune Audio Plus infotainment. Integrated navigation is not available in the 50th Anniversary edition -- sadly, it's only optional in the top XSE trim. Instead, I found my way using the Scout GPS app that I had to download to my phone. Toyota seems to be one of the last manufacturers to hold out against adding Apple CarPlay and Android Auto, a decision that is putting it behind rivals. 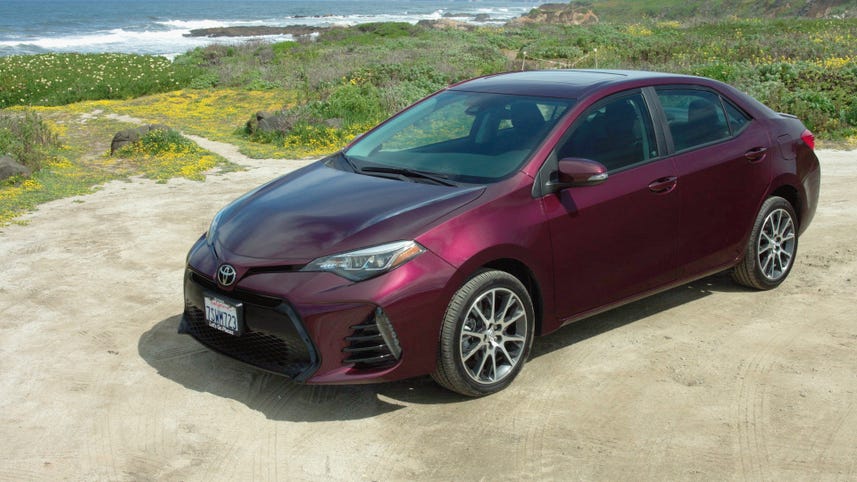 2017 Toyota Corolla: The middle of the road gets a little nicer
4:34
Watch Now

Regardless, the Scout GPS app is pretty easy to use, if you don't just use Google Maps or Waze directly from your phone and bypass the whole system. Scout let me search for an address or point of interest, but once the route was selected, the system only offered up turn-by-turn directions. An overall view on a map was not available. Inputs are rather slow, but the voice recognition system works pretty well, and had no problem with many of the Spanish-named streets that are common in California.

Entune offers a Messaging function, but I wasn't able to get it to work with my iPhone. However, I could use Siri Eyes Free as a workaround. By using Apple's Siri on my paired iPhone and the car's own voice command system, I could send text messages, place calls and select music. It's not as convenient as your phone's interface, but it's a close second.

Toyota could make its system a bit simpler by offering Apple CarPlay and Android Auto, but on the whole, it's not bad. Updated graphics and the option of integrated navigation at the lower trim would be nice, but Entune gets the job done with minimal fuss.

If advanced driver's aids are of primary concern, the Corolla offers a lot of appeal. Toyota Safety Sense is commendably standard across all trim lines, and it includes precollision alert with pedestrian detection and automatic high beams. Also included is lane departure alert with steering assist. When the car drifts into a neighboring lane without a signal, both audible and visual alerts are activated and a gentle nudge is applied to the steering wheel. Adaptive cruise control is also standard, but it doesn't work below 25 miles per hour, making it useless in stop-and-go traffic. This is a lot of advanced safety kit to come standard on a low-priced automobile.

New for 2017 is a redesigned front end, with a fresh grille and LED headlamps. The intakes on either side are edging into bulldog Toyota Mirai territory, but at least designers are doing something to make the compact sedan stand out more. The attractive Black Cherry Pearl paint seen on my test model is only available on the Special Edition, and it's echoed on the inside with piping along the seats and contrasting trim.

The rest of the interior is pretty stylish, especially for a Corolla, with some sporty touches like an asymmetrical housing around the infotainment system and some pretty fly HVAC vents. Although plastic abounds, much of it has a soft touch and the feel is not wholly unpleasant. The Mazda3 cabin feels more upscale, but most folks should be satisfied with the Corolla's interior look.

The Corolla sports a 1.8-liter four-cylinder engine under the hood, producing 132 horsepower and 128 pound-feet of torque. That's pretty low for the segment, with the Mazda3, Honda Civic and Chevrolet Cruze all offering at least 20 more horses and more torque to boot. The Cruze is also offered in a diesel, with a whopping 240 pound-feet and an EPA highway rating of 52 miles per gallon.

Power gets to the Corolla's front wheels through a continuously variable transmission, although a six-speed manual transmission is also offered in SE trim. The CVT is fairly well-behaved and livable, with seven stepped shift points to act a bit more like a regular automatic transmission and less like a stretching rubber band. There are even paddle shifters if you want to get your "race car driver" on and impress your kids with your mad shifting skills.

Behind the wheel the Corolla drives just like you would expect: businesslike and sedate with an emphasis on efficiency over fun. The suspension is tuned for comfort, so any high-speed cornering results in a pretty good amount of body roll. Acceleration is sluggish, but hey, there's Sport mode! The effect of pushing said button is minimal, but Toyota at least deserves some credit for trying.

Still, it must be said that the competition offers better driving dynamics, often at a better price. The Mazda3 and Honda Civic are far more obvious funmobiles, or you could look at a compact hatchback like the Volkswagen Golf for some front-wheel-drive festivity. In truth, nearly every car in this class is more entertaining to drive, but then again, they don't all have the Corolla's blend of other virtues. 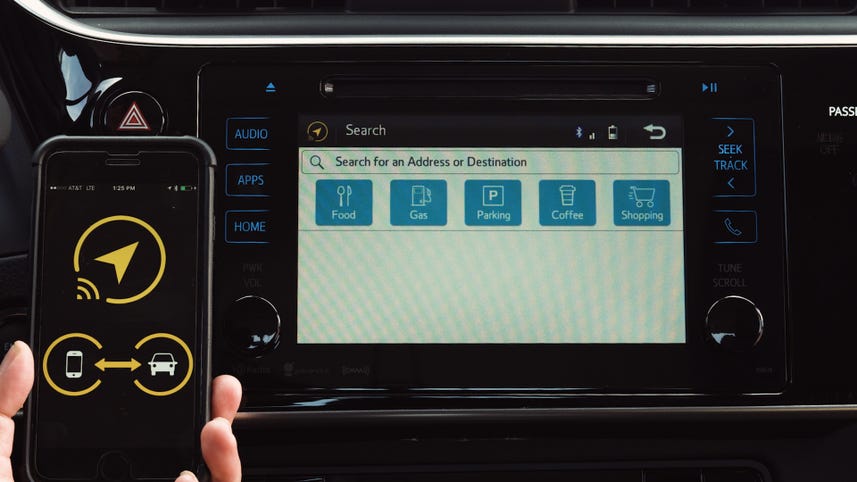 In its class, the Corolla may not be the most fun to drive, the most efficient or the most affordable, but it certainly is comfortable. Yes, there's body roll in the turns, but the Corolla is quiet and smooth on the highway. Its seats are easy on the ol' behind, although heated units are only offered in the top-of-the-line XSE trim. On the plus side, the Corolla's trunk has a good amount of space for the class. Having said all that, this Toyota's main selling points are still its excellent reliability ratings and strong resale value.

My money would be on the SE trim line with the six-speed manual transmission. No packages or options are offered on this trim, so the price is a flat $21,665. Having said that, the Mazda3, Ford Focus and Nissan Sentra all start a bit lower, and I would likely go straight to the Mazda dealership. However, if your primary goal is to buy a comfortable, affordable and dependable commuter car, the Corolla might just be your ticket to ride.