This unique cell phone is so simple, it lacks a screen, yet offers a siren, emergency calling, and a flashlight.

See full bio
2 min read
Watch this: SpareOne Plus phone could save your life
02:14 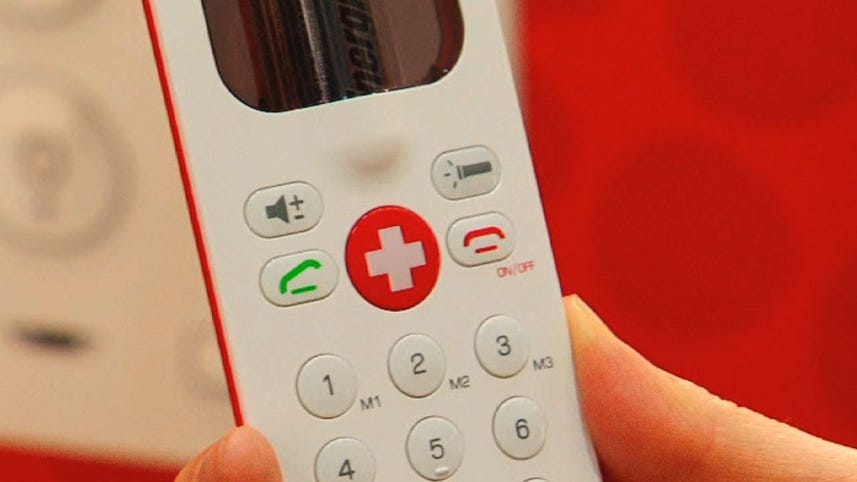 SpareOne Plus phone could save your life
2:14
Watch Now

BARCELONA, Spain--How much would you pay for peace of mind? The $100 price tag on the SpareOne Plus seems mighty steep when you're safe and sound, but if you faced an emergency, or desperately needed to make a call, a Benjamin might start looking like a bargain.

That's the company's pricing gambit, but strip it away and the SpareOne Plus is one of the most simple cell phones I've ever seen, but a unique one at that. For starters, it doesn't have a screen. In its place is a window to a single AA battery, an Energizer Ultimate that comes preinserted and promises to last up to 15 years. After that, you can use any other battery.

Hands on the SpareOne Plus emergency phone (pictures)

The interface is simple, much more like a cordless handset than your typical mobile phone, and made of inexpensive-looking plastic materials, so that it resembles a toy. A toy it is not. A lot of thought went into designing the phone, which debuted at CES, from the white front and red back (more colors are coming), to the synthetic voice that reads back button presses.

A large, red emergency button contacts local emergency services and it lets you program up to nine speed-dial choices. You don't have to have a SIM card to call for help, though you will need one to dial individual numbers. Behind the back cover, a handy tool and SIM card adapter are on standby to help you transfer a GSM SIM from a current phone into the SpareOne Plus.

Back on the front, you can save up to nine phone numbers in your contact list, sound an alarm to attract notice, and turn on a flashlight (for up to 24 hours). The SpareOne Plus' battery provides up to 10 hours of talk time.

The manufacturer, XPal, has released a geolocation app for Android and iOS, currently in beta. Sign in and you'll be able to view a record of phone calls and messages, and track the phone's whereabouts on a map.

Right now, you can buy the SpareOne Plus on Amazon and from SpareOne's Web site. Expect broader retail store distribution soon.

Catch all the great stories, videos, and hands-on photos from Mobile World Congress.