The $320 Sapphire Wellness Watch doesn't come cheap but this sophisticated timepiece tracks how fast your heart races, and the steps you take with crystal and metal-coated flair. 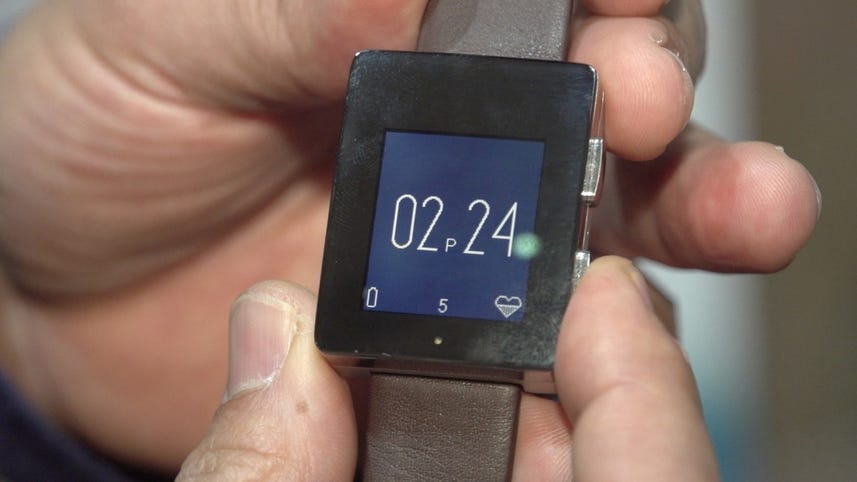 LAS VEGAS -- Offering heart rate monitoring and step measuring skills in an elegantly crafted package, the new Sapphire Wellness Watch from Wellograph aims to merge style with powerful fitness tracking. This attractive gadget was just announced at CES 2014 and is expected to hit store shelves by April 2014 for a steep price of $320.

The smart, premium style of the Sapphire Wellness Watch (pictures)

Now that's certainly a lot of cash to spend in one place. To tempt potential buyers the timepiece flaunts an attractive metallic design, curved chassis, plus scratch-resistant sapphire quartz screen that's handsomely curved. Other style points include a choice of two types of wrist straps (brown leather and black Nato fabric). As a matter of fact, the Wellograph spokesman I chatted with cheerfully pointed out that the Sapphire's aesthetics are equally at home at the gym or as your fashion companion during a night out on the town.

Beyond trying to make you look good, the watch also serves up pertinent fitness data. Similar to the advanced Basis Band, the device relies on an LED array and optical sensor to read your heart rate. An internal accelerometer tracks the steps you take too and stores up to four months of data within its memory.

Unlike many wearable health gizmos including the Basis Band, Jawbone Up24, and Nike Fuelband SE, the Sapphire Wellness Watch isn't smart enough to log the duration and quality of your sleep. Of course the Basis Band can even track your slumber automatically without the press of a button. According to Wellograph, however, the Sapphire will share its competitors' wireless abilities. The device maker claims it will talk to iPhones over wireless connection thanks to an iOS mobile app (Android support to come at a later date).