Nintendo Pokemon Go Plus review: This monster-catching button makes you less of a Pokemon zombie

The Pokemon Go Plus, Nintendo's dedicated wearable, keeps you aware of your surroundings while you play the popular game.

The Pokemon Go Plus turns some of the most monotonous parts of Pokemon Go into simple button presses. Saves phone battery. Discreet, easy-to-identify vibration patterns let you play without others noticing.

Loses connection often, and has to be manually reconnected. Doesn't make Pokemon Go a better game. Chunky plastic design leaves something to be desired.

The Pokemon Go Plus might seem like an expensive accessory for a free app, but it can make Pokemon Go addiction symptoms more bearable.

If you're seriously thinking about buying a Pokemon Go Plus, there are few other explanations.

It's a $35, £35 or AU$50 wearable pin that quietly alerts you to nearby Pokemon -- that way, you don't need to pull out your phone to play the uber-popular Pokemon Go game.

Like with the slot machine at a Vegas casino, all you're doing is repeatedly pushing that single button to capture Pokemon, collect items and advance in the game. Push, push, push.

Thing is, if you're a Pokemon Go addict, you like it that way.

Watch this: What you look like playing Pokemon Go
01:01 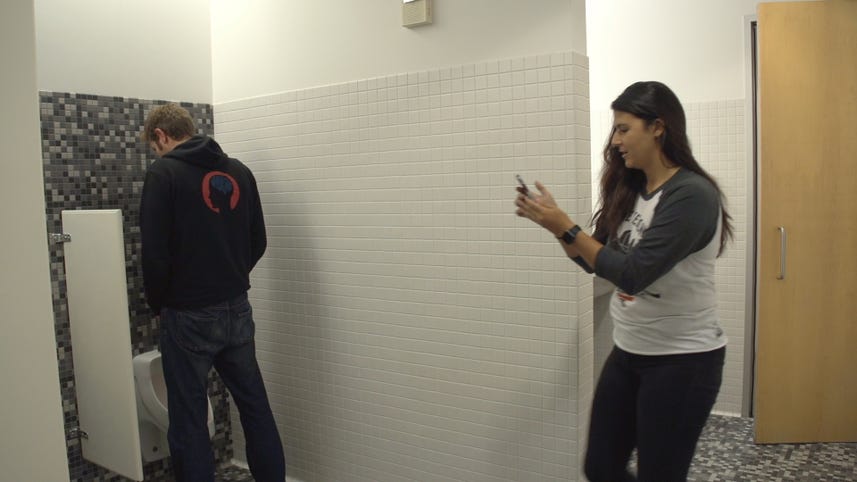 What you look like playing Pokemon Go
1:01
Watch Now

Pokemon Go is not what it seems. While it might look like a cute pet simulator at first blush, you can't meaningfully advance in the game without harvesting every creature in your path. And the game is programmed specifically not to let you do that unless your phone is on, GPS is active, screen is on, locked to the game at all times. (You can't even answer an email without losing progress.)

It's easy to spot a Pokemon Go addict: They're the zombies with heads buried in phones with Pokemon Go always visible on the screen. Or telling other addicts how their phone's fully charged battery died at 2 p.m. because they couldn't stop playing.

The Pokemon Go Plus lets you pay to fix this broken state of affairs.

With those steps out of the way, you should now be able to play most of Pokemon Go just by pressing that button, whenever it lights up. You can leave your phone in your pocket, purse or backpack without fear -- or even use it for other things while you play.

There's a slight learning curve to understanding what the pin's light and vibrations are trying to tell you, but you'll pick it up pretty fast. Plus, here's a cheat sheet:

*We're not sure which vibration pattern goes with this one.

It does the job pretty well! Until it doesn't.

You might reasonably assume that once you pair the Pokemon Go Plus with your phone, you're set. You might assume you'll just attach this Pokemon-tracking wearable to your body and never miss a Pokemon or PokeStop again.

You'd be wrong. While most Bluetooth devices stay connected when you pair them, and automatically reconnect whenever they're in range, the Pokemon Go Plus doesn't.

I've gone hours without realizing the device had shut itself off, and I've had to manually pair it again more than a dozen times a day. It'll shut off even if you've been tapping the button religiously every time it buzzes. (It'll also shut off instantly if you try to capture a Pokemon with your phone instead of pressing the button.)

Nintendo and Pokemon Go developer Niantic never replied to emails about the issue, though a Nintendo technical support rep told me that "There are known Bluetooth stability issues with the Samsung S7 under the latest Android OS," and gave me a page full of non-user-friendly steps I could try while the company works on a patch.

Update, October 21: Plus, the battery life isn't as good as we'd hoped. The Plus lasted us 32 days on its replaceable button battery, not 100. Good thing replacement CR2032 cells are cheap online.

Update, October 21: Niantic has patched the game so that you can choose to ignore either Pokemon or PokeStops when using the Pokemon Go Plus. That might help save battery life, as well as avoid a couple of the above issues.

Personally, I stopped playing Pokemon Go weeks ago, and the pin doesn't make the game feel fresh enough to meaningfully tempt me back. Even if I could keep it paired.

But if you're an unrepentant Pokemon Go addict...go for it. Time is money, and the amount of time you'll save with the Pokemon Go Plus has got to be worth $35. Plus, you'll have a greatly-reduced chance of running someone over with a motor vehicle.

Just remember that Pokemon Go is coming to smartwatches starting later this year.

Style 6Features 7Ease of use 6
See all prices
Get the best price on everything
Shop your favorite products and we’ll find the best deal with a single click. Designed to make shopping easier.
Add CNET Shopping