Nintendo's mini NES: Everything you need to know

Did you hear? The Nintendo Entertainment System is back, and it's cuter than ever.

The new NES Classic Edition (aka NES Classic Mini) is an official Nintendo product that crams 30 of the company's most beloved games into a miniature version of the hit '80s game system. It fits in the palm of your hand. It comes with an HDMI port so it can plug into a modern TV, and a freshly manufactured NES gamepad for that old-school feel.

And when it ships on November 11 for just $60, £50 or AU$100, it could also be an unbeatable deal: we ran the numbers, and you can't get this many retro Nintendo games anywhere else for the money.

Surely you have some questions, yes? Here's everything else you need to know.

Update, October 3: Check out a new hands-on video and some updated answers below!

Can I use my old NES cartridges?

Nope! There's no cartridge slot -- according to Nintendo, the 30 games are all stored in onboard memory, and you can't add or download any more.

Sadly, no. "The console does not use physical media and therefore the Chamber Lid does not open," Nintendo told Kotaku.

How about my old NES gamepads and Zappers?

Not those either! The NES Classic Edition has a different controller port. You might recognize that port, though -- it's the same one you'll find at the bottom of a Nintendo Wii remote. If you want to play a two-player game, you can connect a Wii Classic Controller or Classic Controller Pro for player #2.

Which games come with the NES Classic Edition?

Which awesome NES games don't come with the Classic Edition?

What comes in the box?

One NES Classic gamepad, an AC adapter and an HDMI cable, as well as the console itself.

What if I want a second NES Classic gamepad for player #2 instead of using one designed for the Wii?

How does the new old (or old new?) gamepad feel, and how do the games look on a modern TV?

You get to pick from three display modes: an old-school CRT effect (complete with scan lines!), a 4:3 mode so you get that "original NES game look," and a "pixel perfect" mode which turns each original dot into a modern square pixel. Our friends at GameSpot got an early look at the system in the video below: 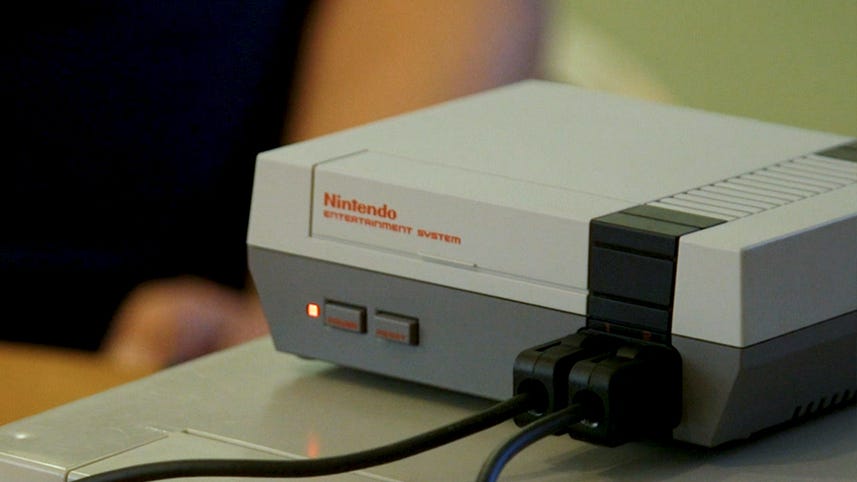 Can you save your game?

Yes. You get four suspend points for each game, which you can activate by holding down the console's Reset button to return to the home menu.

What's the best way to ensure I get an NES Classic Edition this holiday season?

What if I just want to blow on cartridges again?

Seriously, don't. But if you really want the old-school NES experience in a modern HDTV-compatible package and have a bucket of cash to spend, keep an eye out for an Analogue NT. It's a thing of beauty. 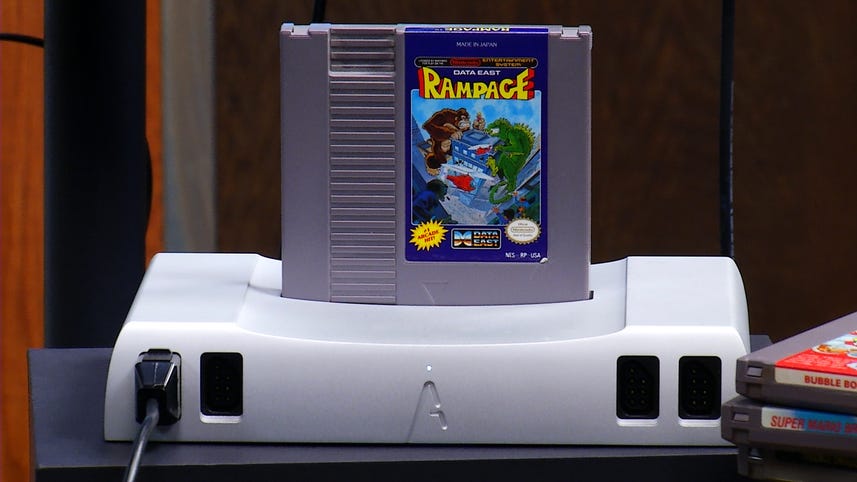