Google's 7.0 Android software offers welcome improvements in what is a functional, but not very exciting, update.

When Google announced Android 7.0 Nougat as the latest version of its mobile software, we envisioned something feature-loaded we could sink our teeth into. Something with real chew, like this:

We welcome Android 7.0 Nougat's faster speeds and more efficient notification displays. It's handy to reply right from an alert, and new and updated emoji are always :) .

Thanks to manufacturer and carrier restrictions, Nougat is only available for a handful of Android Nexus devices at first. Google's more enticing hardware and software endeavors -- the Daydream VR platform and rumored new phones -- won't hit until later.

Android Nougat offers welcome improvements in what is a functional, if not very exciting, update.

There's a good reason why Nougat doesn't seem as dense as past Android updates, and that's because a lot of the upgrades happen behind the scenes. It's undoubtedly faster and smoother, and your battery should last longer between charges. These are less-visible -- but still important -- performance gains. But the interface doesn't look or function all that differently, and that's disappointing for a major OS update.

While you should jump on the Android 7.0 update as soon as your phone gets it, you'll be happier thinking of Nougat as the cherry on top of Android 6.0 Marshmallow, not a brand-new dessert. We hope Google follows up with more interesting updates in the months to come -- possibly when rumored new phones hit later this year.

That said, here are Nougat's most notable and likable improvements.

You know the endless list of notifications that stack up in the pull-down window? Nougat takes care of that. It groups related alerts into a tidy package you can expand and collapse with a tap on a button. It works terrifically well and is one of our favorite new features. From here, you can share, reply and open to view more.

Get to know Android Nougat in 19 photos

This goes hand-in-hand with bundled notifications. You can either reply to messages straight from the alert when it pops up at the top of the screen, or from the bundled notification, without leaving this part of the screen. We love that, and it lets Android catch up to Apple here. Direct replies work for most texts and chat apps, but replying to a Gmail message opened the Gmail app, so we know there are still some limitations here.

Battery savings with Doze on the Go

The idea is to get big battery savings from a sleeping device in your pocket or bag. It's a hard thing to determine if you're getting more battery life if you aren't paying close attention over the course of days, and that's kind of the point. This is one of those invisible Android benefits. We'll be doing some intense testing of Doze on the Go, as soon as we finish intensely testing Nougat. Stay tuned!

7.0 has two takes on multitasking. You can double-tap the Recents button to quickly toggle between your last two open apps. This is especially useful when you're trying to copy information from one app -- say, a URL -- and post it somewhere else, like a message window.

There's also multiwindow, or split screen mode, which puts two apps on a screen at the same time. For a lot of folks, the adjustable windows will be a huge productivity improvement, especially for Android tablets (it'll bring them in line with the iPad's split-screen mode). But for others, split-screen mode is unnecessary. Especially on phones (rather than tablets), we often had to invent reasons to use it (as we do with Samsung and LG's versions). The two windows are easier to read on the 5.7-inch Nexus 6P, but you'll squint to see them on a smaller-screen phone like LG's Google Nexus 5X. Split-screen mode didn't work with most games, and the maps app will freeze if you interact with the other open window; it won't give you directions again until you tap back to Maps.

Emoji and that cat-catching game

Android 7.0 adds 72 new or updated emoji to its repertoire, including skin tone options and genders for what were some previously gender-neutral blobs. This is great for fans of the symbols -- it means Google has added the Unicode 9 emoticons that were released in June 2016.

You know the "secret" game you could play when you tapped the screen enough times in a certain Settings submenu? This year, it's a game that lets you feed and collect hundreds of digital cats. Yeah, kind of like a cross between Tamagotchi and Pokemon Go. Get started in the gallery below.

How to catch a cat with Android 7.0 Nougat

Even though compatibility for Google's Daydream VR platform is built into Nougat, guess what? You'd never know it. There just aren't any phones right now that you can actually plug into a Daydream-ready headset and use, not even the ZTE Axon 7, which the company claimed was the first Daydream-ready phone, despite launching with Android 6.0.1 -- not Nougat.

Watch this: Google's still working on a mixed VR/AR headset of its own
04:27 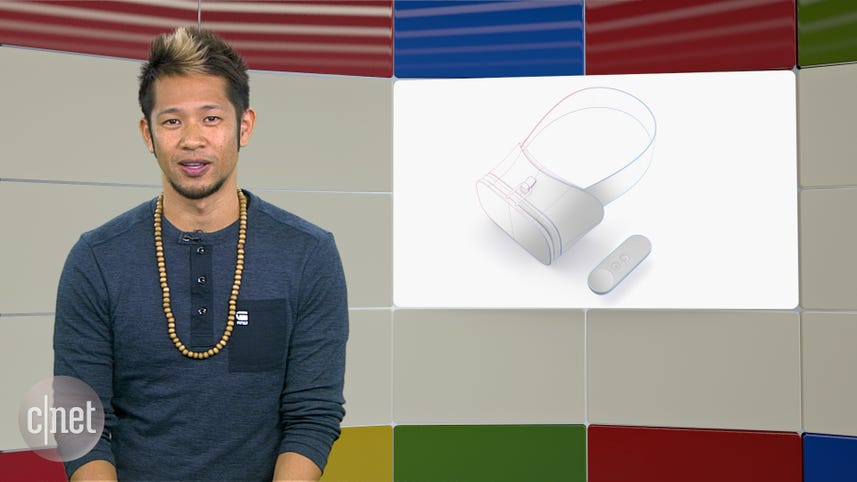 Google's still working on a mixed VR/AR headset of its own
4:27
Watch Now

Some of Google's most important new features in the battle against Apple's iOS 10 won't come until later this fall and aren't technically tied to Nougat at all. First is the more conversational virtual Google Assistant, which will serve as the foundation for Google's forthcoming Amazon Echo-rival, Google Home. We also can't wait to try out Instant apps, which opens a "slice" of an app -- the part you really need -- in its own URL without making you open or download the entire app.

Where are those new Nexus phones?

Great question. We expect the new crop to launch before the holidays, but right now it's all a bunch of rumors and speculation, like HTC making a plus-size Nexus. Right now, existing Nexus phones and tablets get updated to Nougat first, but the LG V20 is the first phone to ship with it. The V20 will be announced on September 6 and is most definitely not a Nexus device.

Some other Nougat features