Though it's been available through many nationwide stores, Cricket will begin selling its Android Gingerbread-running Alcatel Authority smartphone in its own online and retail stores. 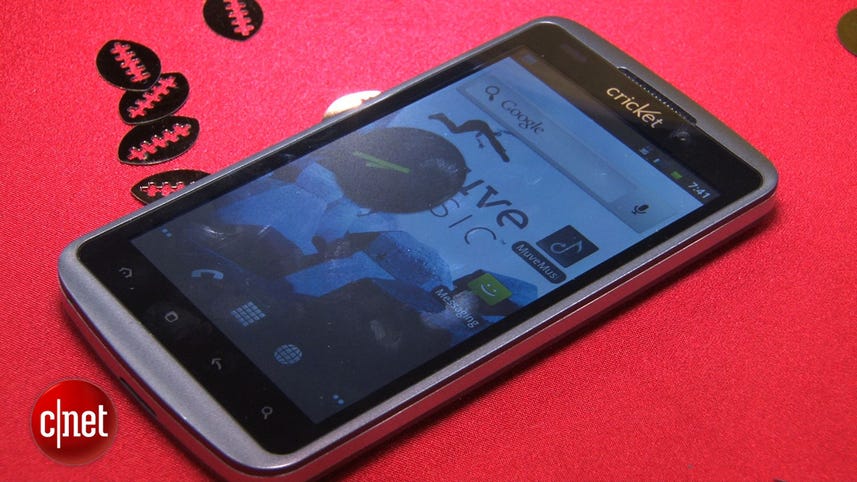 LAS VEGAS--Although Cricket announced a few days before CES 2013 that it will be carrying its Alcatel Authority in its official and online stores on January 20, I finally got a chance to take a look at the handset up close.

Like I anticipated, the handset isn't very impressive. Though it has a thin profile and lightweight construction, its 4.3-inch display isn't very responsive, and it takes a few hard swipes for it to register touch.

One of its biggest missteps is that it ships with Android 2.3 Gingerbread OS, making it already dated the moment it comes out of the box. Unfortunately, there are no plans in the works for an update.

In addition, its 1.4GHz CPU came off slow, and it took a few seconds more than usual for the phone to open its camera app and close apps.

Other features include a 5-megapixel camera, a VGA front-facing camera, and DLNA sharing capabilities

As a Cricket phone, it will have the carrier's music subscription service, Muve Music, which lets you stream thousands of albums and artists.

A closer look at the Alcatel Authority (pictures)

The prepaid carrier will offer the handset for $249.99 with no contract. Interested buyers can also purchase the device at retailers like Best Buy and RadioShack. Considering its price point and specs, however, it may best to pass up this handset instead.