The wraps are off! Scenes from CES 2016 Press Day

On a big news day of the show, we saw a lineup of wearables, cameras, PCs and Internet-connected everything. Here are some of the highlights from Press Day at CES 2016.

LG's new signature refrigerator looks like it has a touchscreen on the right door, but it's actually an upgrade to its previous door-in-door models. Knock on it and it becomes transparent, letting you see the contents on that side of the fridge without opening the door.

Better yet, the door opens on its own if you approach with an armful of groceries. Step into the sensor underneath, and you now have hands-free access to your fridge.

The G6 series is LG's most-expensive 2016 TV and the pinnacle of the OLED TVs announced here at CES.

The majority of the TV itself consists of a panel-on-glass design, exceedingly thin at just 2.57 millimeters (one-tenth of an inch), with the OLED panel mounted directly on a piece of glass, complete with rounded transparent edges.

The rest of the TV is the stand/sound bar, where you actually plug in the inputs and power cables, and where the improved speaker system is housed. Another unique feature is the ability to fold the sound bar up behind the TV for wall-mounting.

Fitbit's latest tracker, the Blaze, seems directly aimed at the smartwatch lovers. The Blaze will be available in March for $200. (International prices aren't available yet, but this roughly converts to about £135 or AU$280.) It leans on style, with a dash of extra watch-style smarts. And you can change the design. The center part of Blaze pops out and can be swapped into other bands and accessories.

Polaroid's Snap+ has Bluetooth so you can wirelessly connect an iOS or Android device to it and send photos from them for small, 2x3-inch borderless prints. The Snap+ uses Zink zero-ink paper embedded with cyan, yellow and magenta dye crystals that change colors as they're activated by heat.

The Withings Go is a little plastic clip-on fitness tracker with a replaceable battery that can last eight months. It's also waterproof for swimming and has an e-ink screen for always-on fitness progress status (or, at a touch, the analog time).

The Go will be available in the first quarter of this year and will cost $70 in the US. International prices aren't available yet, but the price roughly converts to £50 or AU$100.

The D-Link Unified Home Wi-Fi Network Kit is actually a router and a range extender sold together, and the company tells us the kit supports dynamic adaptation that automatically balances the load between the 5GHz and 2.4GHz bands to ensure both bands are optimized.

The Unified Home Wi-Fi Network Kit will be available in the US in the second quarter of 2016 with a suggested retail price of $370. Australian and UK details weren't revealed, but that converts to around £250 or AU$500.

The Icon Smartech is actually an Android tablet designed to replace your existing heating and cooling controller. Of course, the idea here is that you'd be able to access information beyond basic indoor temperature readings.

Through Wi-Fi, the Icon Home is supposed to be able to pull in temperature data to issue weather alerts in your area, as well as audio-based calendar reminders, and it even supports apps like Skype.

You can also make manual adjustments on the device itself, of course, as well as through the related app.

Jessica Dolcourt got her hands on the shimmering gold Nexus 6P, available in early January in Google's store. In the US, you can also get it at Best Buy.

We got our first chance to check out the Huawei Mate 8 since it was announced late last year. It's pretty heavy, but the massive 4,000mAh battery can run the phone for 15 hours. 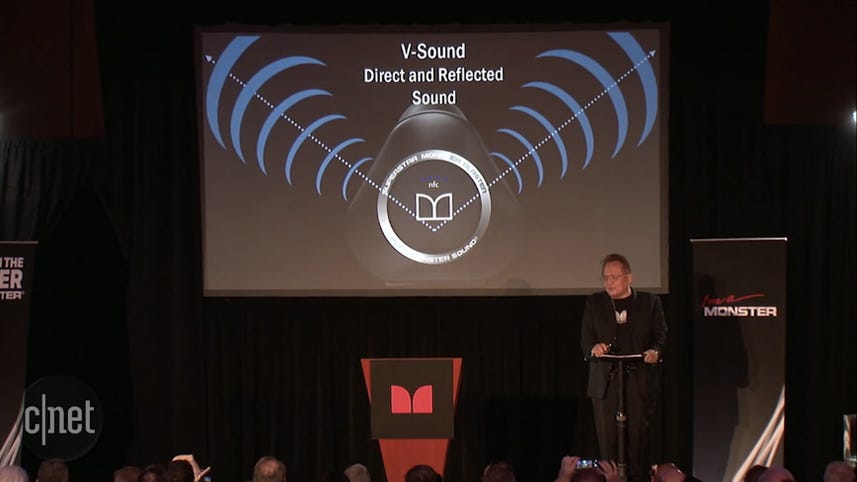 Head Monster Noel Lee introduced us to the full BackBeat speaker family, and the Monster Blaster is at the head of the table - it has indoor and outdoor modes, an integrated handle, and the rechargeable battery with USB out means you don't need a supply of D batteries. 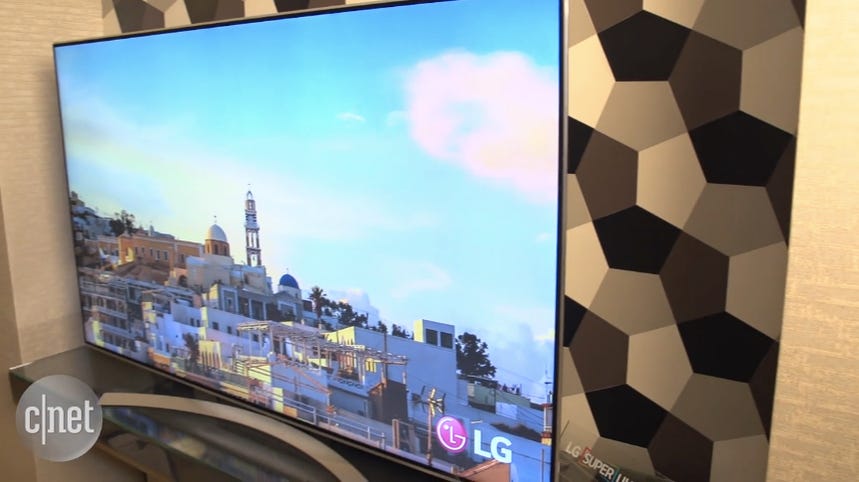 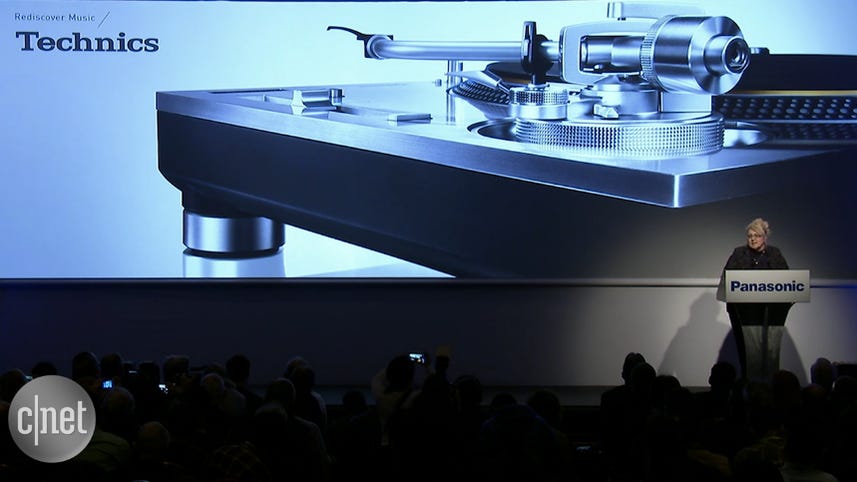 Technics announced the return of the iconic SL-1200 direct-drive turntable, plugged into the new generation with a newly-redesigned motor.

The two new "Grand Class" models will include aluminum and magnesium cases and will debut for an undisclosed amount starting next summer.

The unique thing about the Panasonic Lumix ZS60 is its "Post Focus" feature that lets you choose the exact focus spot after you've already shot the photo.

The Casio WSD-F10 is built for those that love to be outdoors. Its display features a dual-layer that includes both a monochrome LCD and color LCD, and the whole watch meets military standards for rugged durability.

The watch is powered by Android Wear, which means it can display notifications from your iPhone or Android device and provide personalized Google Now cards on the weather, your favorite sports team and more.

The 70-inch LC-70N9100 ($3,300) has a spec sheet that can keep up with the best of the Samsung, LG and Sony TVs on the market now, and includes full-array local dimming for improved contrast and quantum dots for expanded color. 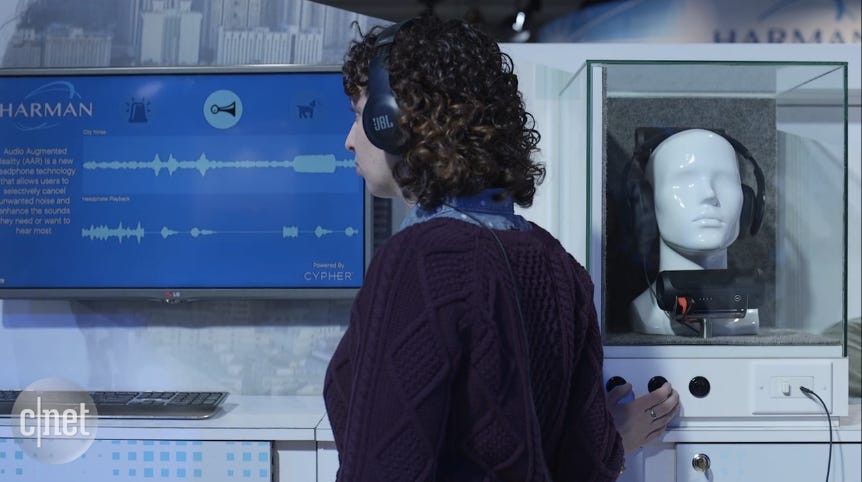 CNET's Sarah Mitroff previewed Harmon's early-stage audio tech that cancels out environmental noise, but alerts you when it picks up car horns, barking dogs and other important outside noises. 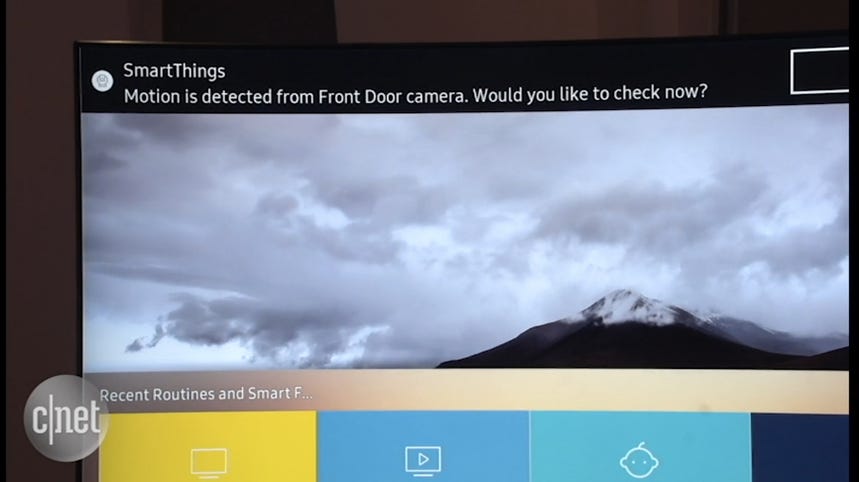 The SUHD models can act as hubs for Smart Things lights, cameras, security gear and more, service as the center of your smart home. 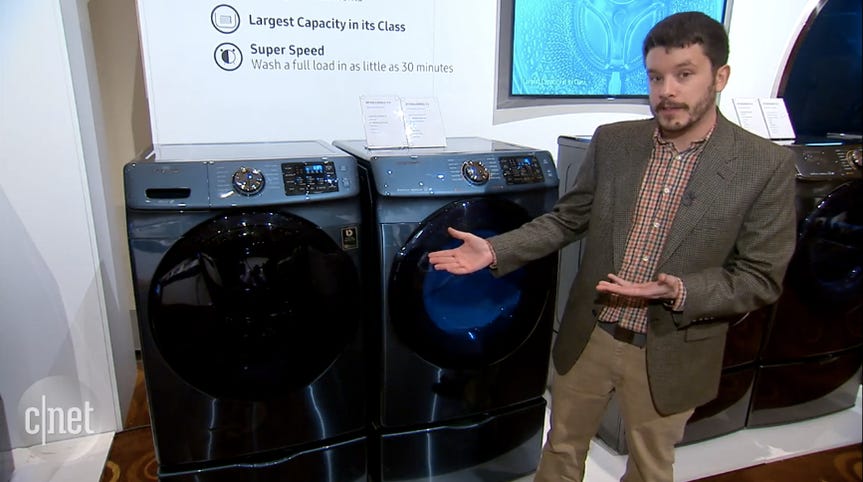 Samsung's AddWash Washing Machine has a little hatch in the door that'll let you toss in a stray sock mid-cycle. 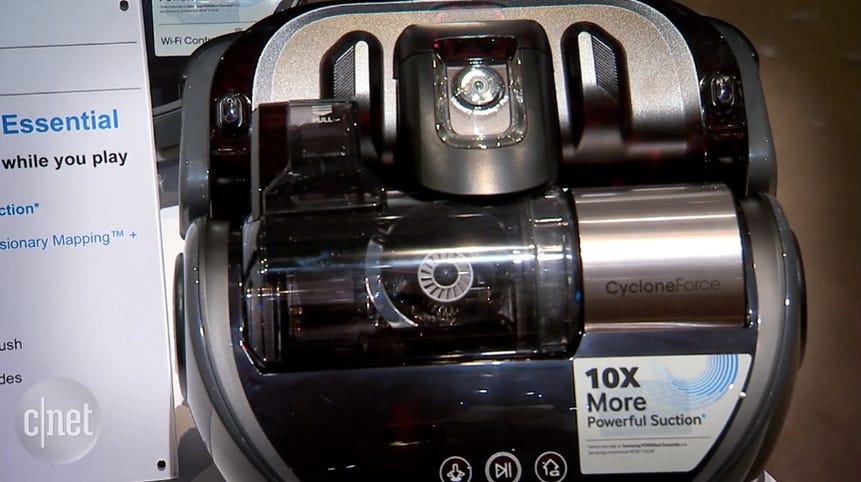 Ry Crist checks out Samsung's newest Wi-Fi Powerbot that syncs its home mapping data with your smartphone. Tap a room on the app's map of your home, and it'll go and get to cleaning.

We don't know pricing yet, but expect it to be higher than the $300 or AU$499 or £299 original. The new watch options should land sometime in March.

Automotive giant Ford is partnering with Amazon to let you control your smart home from your car through its Sync Connect and AppLink services and Amazon's Echo home-automation hub and Alexa voice-concierge service.

Beyond Amazon, Ford announced it plans to work with the Wink smart home platform to provide similar levels of voice commanded functionality straight from your driver's seat.

Sony also touted its Hi Res range, which includes the h.ear go, said to be the most compact multiroom speaker on the market, the h.ear in and the h.ear out -- the company's wireless in-ear and over-the-ear headphones.

The most interesting product of the bunch is the PSH-X500, a stylish USB turntable. It's branded as a device that merges the audio fidelity of the digital age, through Sony's own DSD file type, and the beloved sonic texture of vinyl records.

Back in 2014, Sony revealed Life Space UX, a futuristic concept that sees household items and surfaces like lamps and windows double as music players and screens. At the Japanese company's press conference it revealed the first three devices from its Life Space UX line: A glass speaker, LED bulb speaker and a tiny projector that can project 80-inch images and videos. All three gadgets will hit US stores by the year's end.

CNET's Scott Stein got a chance to try the latest model of HTC's Vive VR headset. Among the many improvements he reported, the device's room-sensing camera was the biggest.

The headset, due for an April release, can use its camera to look at the room and provide continuous updates on where everything is, helping to make virtual reality a safe one.

2023's Best TV and Streaming Shows You Can't Miss on Netflix, HBO, Disney Plus and More

10 Photos
Harry Potter NYC in photos: A slice of Hogwarts tucked away in Manhattan

Harry Potter NYC in photos: A slice of Hogwarts tucked away in Manhattan