Dead tech walking: The casualties of 2016 and 2017's endangered list

We bid a fond, and occasionally not-so-fond, farewell to these products over the past year and take a look at ones that might -- or we wish would -- die in 2017.

Every year, products go to that great recycling center in the sky. Most of the time they're just ready to be retired in favor of newer, shinier models, but sometimes they're just unsuccessful, unprofitable or unlucky. Or they blow up. 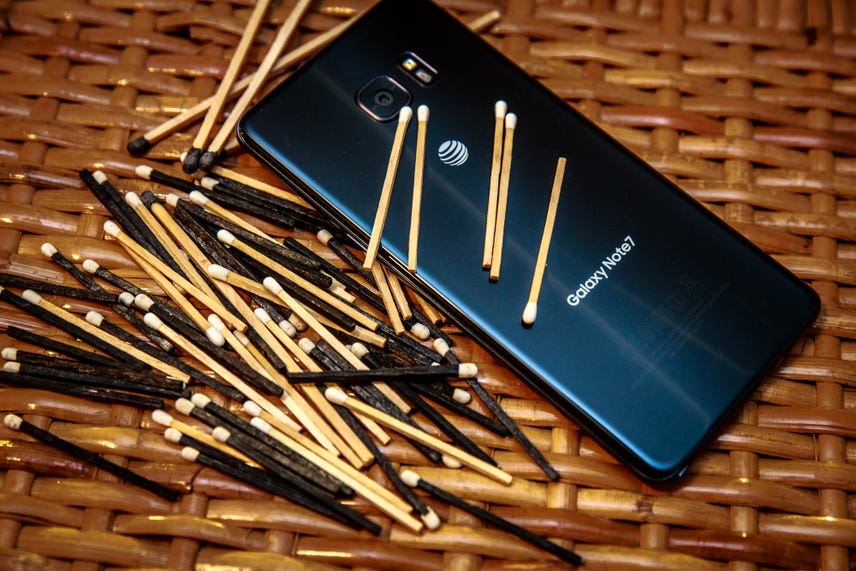 Really, this was the biggest tech product news story of 2016, with Samsung attempting to overcome the problem of a pretty good phablet that just kept catching on fire. By the end of the year, the company finally threw in the towel and gave up trying to fix the situation.

Apple closes the curtain on its Cinema displays

When Apple started selling standalone displays in 1998, it was a necessity -- if only because the machines were so odd looking that they had to make something to match. Apple launched the Cinema display line in 1999, a great series which went far beyond simply something to front your computer. But times change: as desktop computer use falls, so does external display use, though there's still a lot of display attachment to laptops. But it just didn't make sense for Apple to stay in what for that company is a fringe business. In 2016, Apple announced it was getting out, and instead partnered with LG for the UltraFine 4K and 5K displays as its go-to options.

Google's attempt to create a modular phone launched in 2013 when it still owned Motorola; the modularization of phones was one of Motorola's goals, and the company eventually rolled out a form of that capability under Lenovo with its Moto Mod architecture. But Project Ara continued under Google after it sold Motorola, and as late as May of this year was still intent upon bringing it to fruition and shipping a developer's kit in the fall. Then after multiple failures to perform, Google announced in September that it was putting the project on hold. 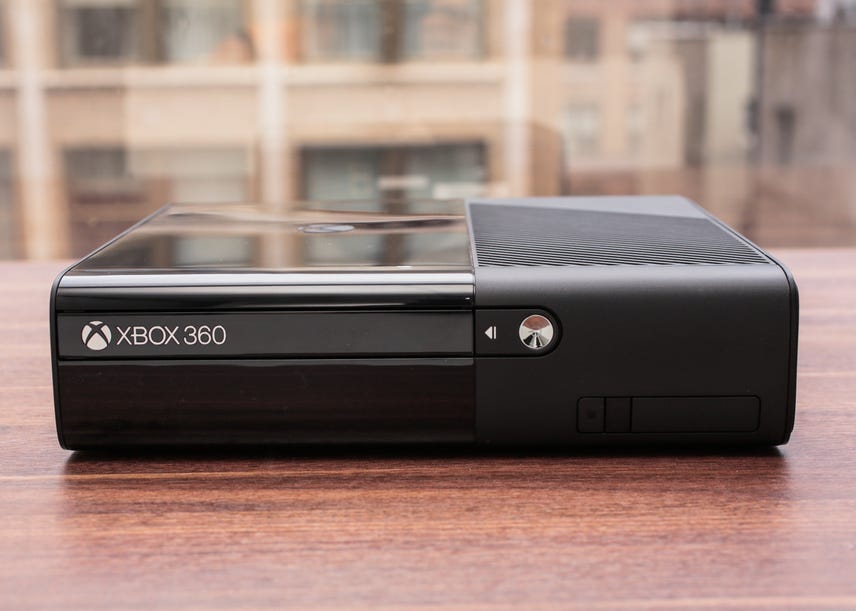 This is a case of an old product making way for the new. Microsoft launched the popular Xbox 360 line in 2005 and released various updates over the years, but finally delivered a new console line in 2013, the Xbox One. In April of this year, Microsoft announced it was going to end production of the veteran console.

PlayStation TV no longer playing near you

When Sony launched its competitor for products like Roku and Apple TV with additional console capabilities in 2014, our reviewer said "The PlayStation TV sounds great on paper, but out of the gate, it underwhelms as both a gaming and an entertainment box." Ouch. And Sony's well received PlayStation Vue streaming service didn't need it. At the end of 2015, the company started pulling back from shipping it in some regions, and dropped the axe for the United States and Europe in February. 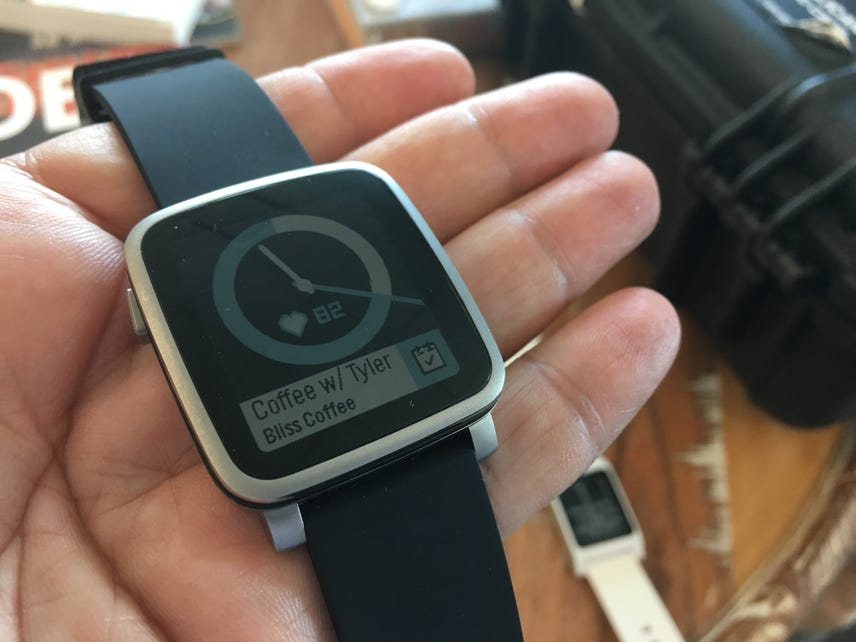 Time runs out for Pebble

In a not-unexpected move this month, wearable maker Fitbit bought another wearable maker, Pebble. Then it promptly cancelled Pebble's two somewhat-eagerly-awaited products, the Time 2 and the Core. 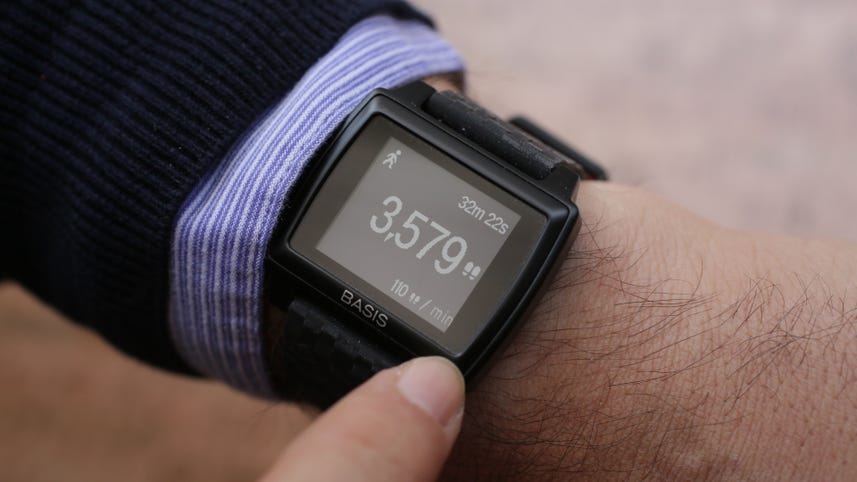 Samsung wasn't the only manufacturer worried about burning its customers this year. The Basis Peak -- the biggest smartwatch that you never heard of, despite Basis belonging to Intel -- was recalled in August for overheating. Then in October the company offered everyone refunds for the B1 and reiterated its plans to shut down the service.

Toshiba signs off on consumer laptops

While laptops are still quite popular, they've changed a lot; for many, the fixed-hinge clamshell design has made way for the hybrid 2-in-1 design of a tablet running a full desktop operating system with a detachable keyboard. So when Toshiba announced in March that it was discontinuing its traditional consumer laptops to concentrate on its business-focused Tecra and Portege lines, no one blinked.

Frankly, I was surprised they still existed. But it turns out, the last VCR manufacturer didn't shut down until July of this year. Who knew? 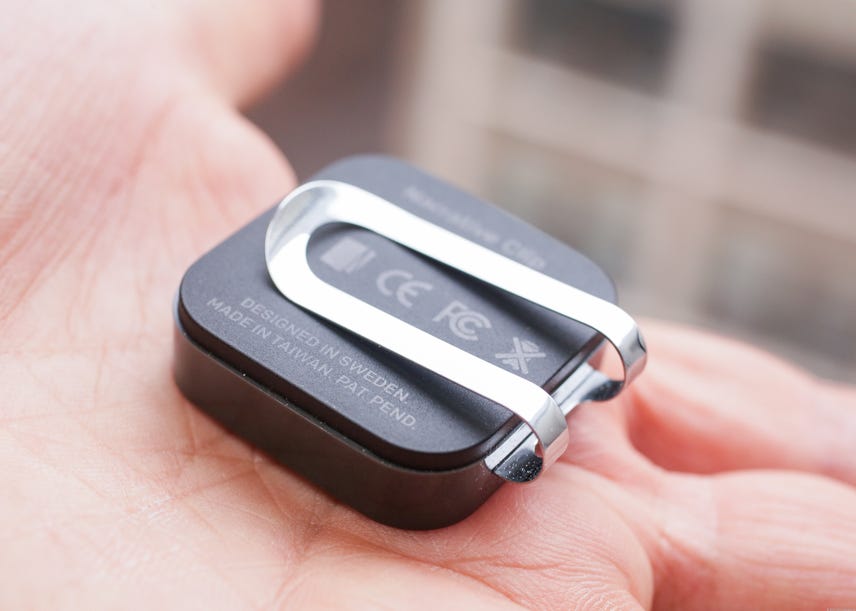 This one didn't surprise me at all; clip-on point-of-view streaming cameras always seemed one of those transitional products to me, in the way that PDAs were transitional; it obsolesces because it no longer makes sense as a standalone product that doesn't integrate seamlessly with your tech life. But it only officially died as of October of this year. 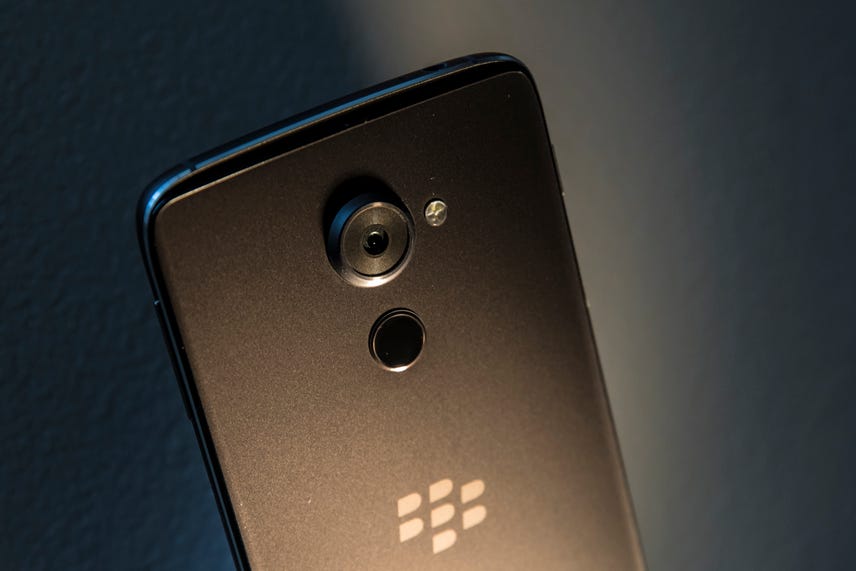 BlackBerry bows out of hardware
1:32
Watch Now
12 of 20 James Martin/CNET

BlackBerry bows out of hardware

Though inevitable, this one made me sad; I have fond memories of my BlackBerry phones, and mourned when I had to surrender them as they became less and less relevant. The company isn't totally out of the business, but in September it announced that it was turning over hardware development and production to partners. 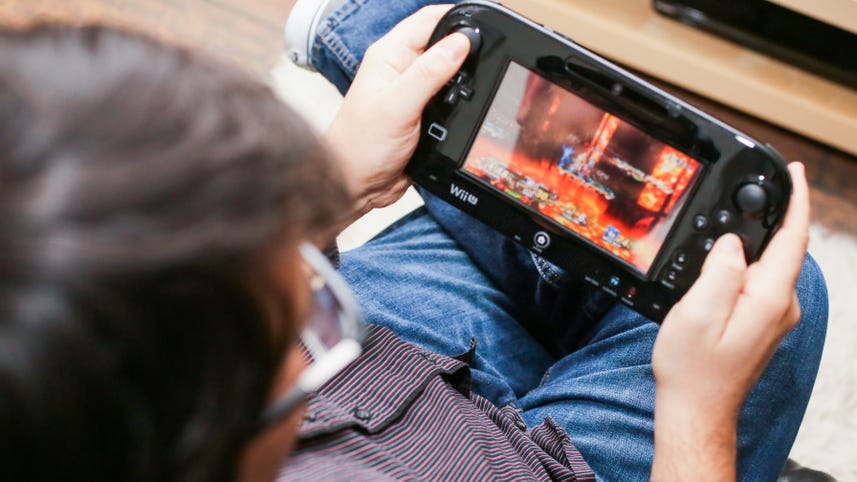 Rumors started circulating in March of this year that Nintendo was planning to discontinue this five-year-old, kid-friendly game console, which the company rushed to deny. The rumors resurfaced at the beginning of November, at which point Nintendo issued ambiguously worded statements that it was discontinuing production for the Japanese market and that no more units would be sent to North America in the company's current fiscal year -- for Nintendo, that means the end of March 2017. So while it's not clear if the console is really dead yet, it's obvious we're just waiting for some nails in the coffin. As it's expected to formally unveil its new Nintendo Switch console at CES in January 2017, it's not unexpected, either.

We've reached out to Nintendo for clarification and as yet haven't heard back. 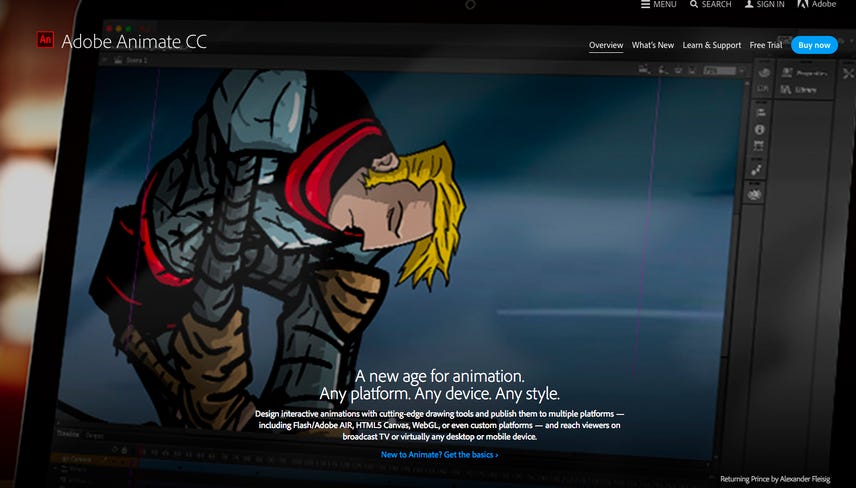 Adobe Flash served its purpose in the nascent days of the Web, first providing a way to display video and animation, then a way to turn animation into games (in the form of Shockwave), then a way to lock it down so that content providers would feel safe using it as a distribution format. But now Flash (like many other plug-in technologies) is moribund, insecure and the butt of jokes, and browsers are locking it out. In 2017, Firefox will be turning it off by default, following on the heels of Google disabling it in Chrome for most sites, Safari opting for HTML5 in its place when possible and so on. Adobe itself even rebranded its Flash Professional software as Adobe Animate at the end of last year, in part to distance it from its roots and reflect its support of a broader number of standards. Unfortunately, it's still entrenched in software such as custom applications, and those take a l-o-o-o-o-n-g time to displace.

I was never a big fan of 3D TV, at least in its current form. Clearly, not many other people were either: In March, Samsung, the biggest player in 3D TVs, opted to focus on its smart TV capabilities instead of continuing with 3D. As David Katzmaier put it, "Samsung traded 3D for braaains." Since 3D is a shrinking part of the market for TVs, that doesn't bode well for the category. 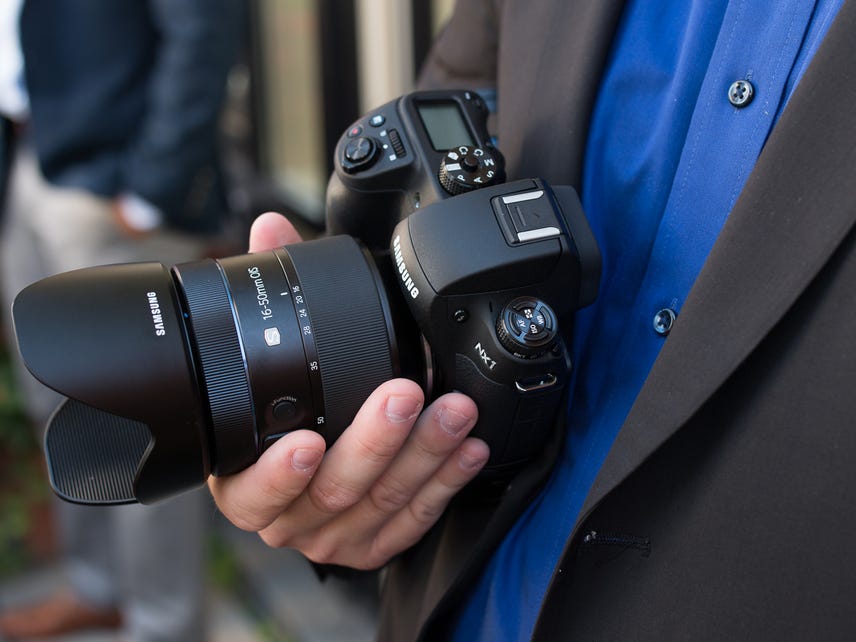 Can we finally declare Samsung mirrorless cameras dead in 2017?

Samsung stopped actively marketing its mirrorless cameras sometime after September 2015, started to leave markets including the UK (Decembger 2015) and Australia (May 2016), disappeared its camera division (it was never officially declared closed, but where is it?), and cancelled its booth for Photokina this year. Its last models are listed as "No longer available" at B&H, among other places. When pressed for comment, Samsung representatives point to the Gear 360 as a sign that they're still in the camera biz. It's sad, as I really liked the NX1, but I wish Samsung would finally put us out of our is-it-or-isn't-it misery already.

I've reached out to Samsung for a more recent comment and haven't yet heard back. 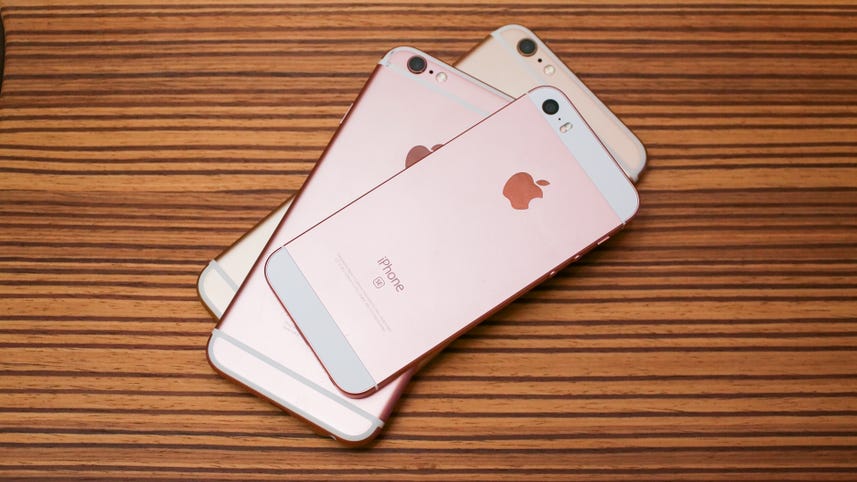 Apple resurrected its original 4-inch phone size earlier this year, but that's the only one, as far as we know; "compact"
now means about 4.6-inch screens, and the new normal is 5 inches, even in price-sensitive regions. 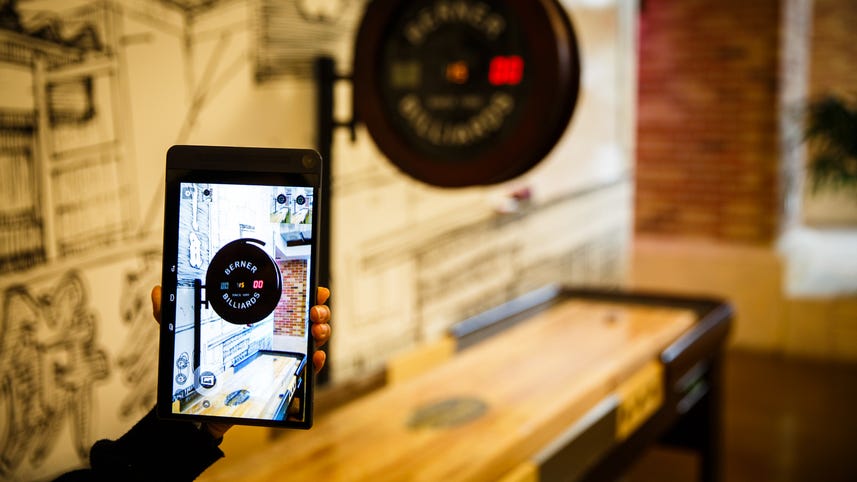 Cheap Android tablets to power off in 2017?

Dell is just the latest major manufacturer to pull out of the cheap Android tablet market. Given the shrinking tablet market overall, combined with the shift to higher-margin 2-in-1 laptops running Windows 10, it's just a matter of time. 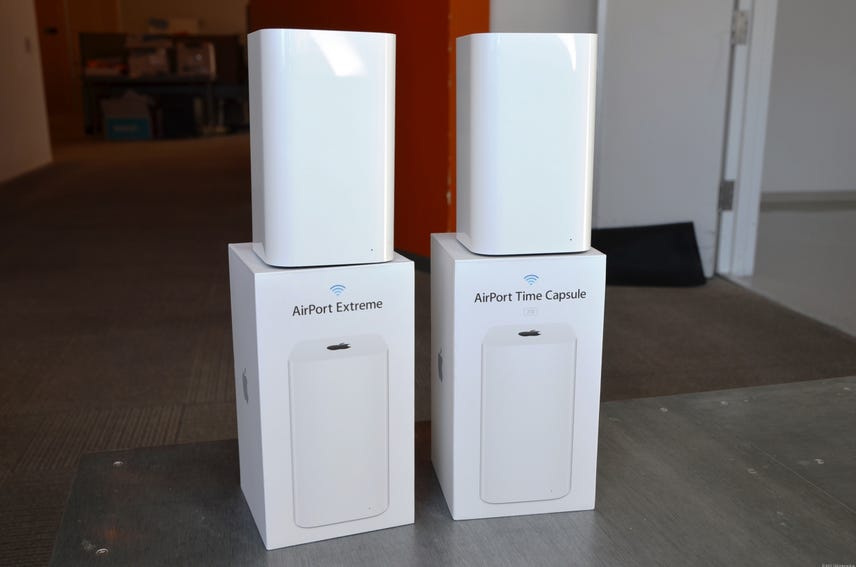 A Bloomberg story at the end of November suggested that Apple discontinued production of its wireless router/Time Capsule and disbanded the division, and Apple hasn't updated the hardware in several years. Given the plethora of wireless routers and cheap external hard drives, it would make sense for Apple to stop making its own.

I contacted Apple for comment and have not yet heard back. 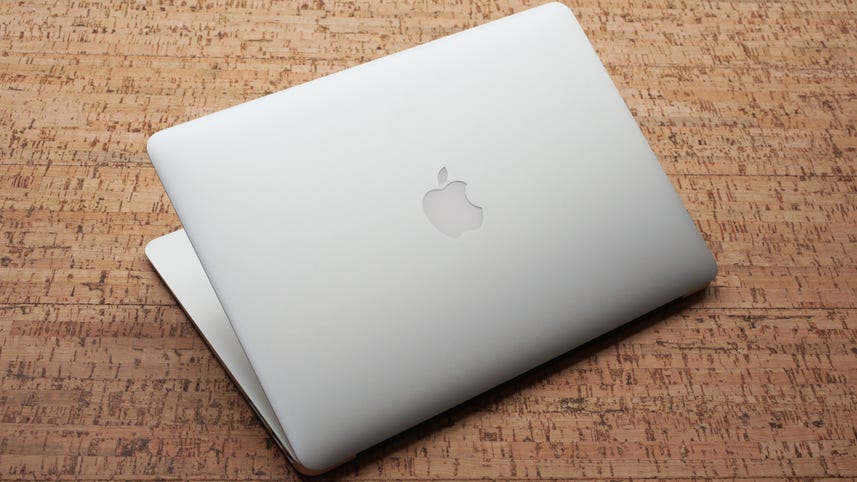 When Apple announced its new MacBook Pro laptops this fall, the older Air line emerged relatively unchanged while the new Pro models managed to be even smaller than the former size champ. It's likely that Apple will keep the Air around as an entry-priced model, but will that stand another year?

I've reached out to Apple for comment and have not as yet heard back.

95 Photos
The Best Games on Nintendo Switch in 2022

The Best Games on Nintendo Switch in 2022

53 Photos
Movies Coming in 2022 From Marvel, Netflix, DC and More