This motorized Lego machine looks like the real thing, right down the the round letter keys.

Typewriters might not be in every office or classroom anymore, but this working version made completely out of Lego is so cool it deserves pride of place on anyone's desk today.

The replica typewriter, which is programmed using Mindstorms EV3 software, is fully motorized and moves via a hand-cranked mechanism. It pays also attention to essential typewriter details such as the carriage return, paper rest, ribbon spool, roller knob, strikers and the round button letters themselves.

Designer Steve Guinness submitted the typewriter to the Lego Ideas website, which encourages fans to offer suggestions for original Lego sets that people can then vote on to determine whether there's enough interest to turn the ideas into real sets. The proposed Lego set has gotten 10,000 votes, which means it can now move into the review stage.

While the Lego typewriter does move like the real deal, you can't actually add ink to type on paper. This typewriter is for display, not for writing novels.

"I originally developed the idea whilst I was on the Lego Masters TV show in the UK," Guinness wrote on the Lego Ideas description page. "Since then I have continued to refine the design, making a hand-cranked mechanism instead of a power functions motor that I had originally fitted." 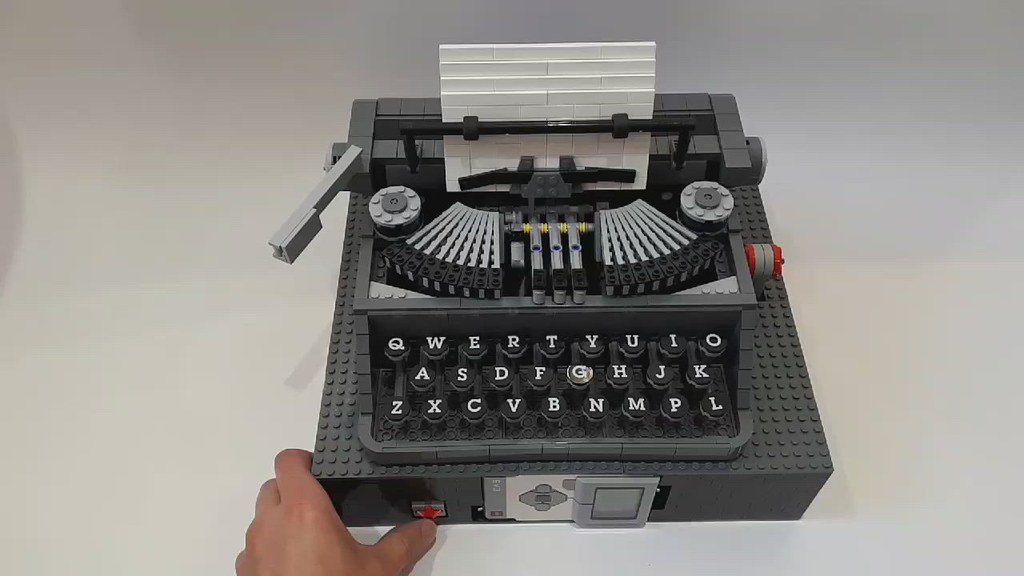 Added Guinness, "I think it showcases the versatility of the Lego brick, and would look amazing on any Lego fans desk, at home or even in the office at work."

The Lego typewriter is now headed to the next stage in the review process where a board comprised of Lego designers, product managers and other key team members will examine the design.

The team then builds concept models to decide if the design meets the standards it takes to make a Lego product, such as playability, safety and fit with the company brand.

The Lego typewriter could be considered for possible production in 2020.