Hi,
I seem to have a strange issue with my PC. The devices which are connected to it are randomly getting disconnected, only to be connected again in like a second.

I typically observe the issue when I connect a usb 3.0 drive to the pc and start copying large ammounts of data (direction of data transfer does not matter).
When the copying happens I look at the transfer speeds to/from the usb drive and see that it hovers about 70MB/s then drops to 0MB/s every few seconds.

During those periods when I observe 0MB/s copying speed, sometimes this usb drive disappears from the system only to be reconnected in a second. Sometimes I also see my keyboard and mouse lose power and disconnect also. Even bluetooth mouse sometimes get disconnected during this period (it reconnects in a few seconds, but I cannot move mouse during this periods).

Another issue which happens pretty randomly is when I reboot I see that one of my harddrives is missing (I can sometimes see it as not formatted properly), but when I reboot again the drive reappears. I think this was caused by faulty hard drive, but I've already replaced all of them during few months and the issue is still here.
I've also noticed that hard drive is disappearing more frequently if I connect additional sata hard drive to the PC.

I'm starting to think this is either a faulty motherboard or a psu (will try replacing the psu first).
I'm asking here, because maybe someone had a similar problem and could point out a possibly faulty component which could cause this, or point out what else could I try.

What was done:
Check disk was run on all drives (there were sometimes errors caused by sudden disconnect of a drive, but were repaired, when run again there were no errors).
Hard drives which were thought to be faulty were replaced.
Computer was cleaned inside.

Is there anything I can do to narrow down which component is faulty?
Best regards and thanks in advance

Follow
Follow this discussion and email me when there are updates Stop following this discussion
Reporting: Devices connected to PC randomly getting disconnected
This post has been flagged and will be reviewed by our staff. Thank you for helping us maintain CNET's great community.
Sorry, there was a problem flagging this post. Please try again now or at a later time.
17 Posts
- Collapse + Expand Details
- Collapse -
Try the usual as well.
by R. Proffitt Forum moderator Aug 19, 2018 7:17AM PDT

1. Be sure the BIOS is current.
2. The PSU is Dual +12V Rail so these tend to have issues when folk add a GPU. Good idea to swap that first for a new slightly bigger capacity Single +12V Rail model.
3. TEST WITH THE REAR USB PORTS ONLY.
4. TEST on USB 2.0 ports.
5. Power delivery over USB can be iffy on some PCs. Get and test with the usual USB Y cable (doubles up the power available.)
6. Ask the PC maker which set of machine drivers to use. Microsoft will not always get this right.

Run a Speccy report and be sure values 01 and 07 are not reporting high values. If you want others to read this for you, read https://www.piriform.com/docs/speccy/using-speccy/publishing-a-speccy-profile-to-the-web

Hi, thanks for your response, I will try your suggestions and report back.

In the meantime, which values 01 and 07 do you mean? I cannot find them in the speccy report.
Here is the link: http://speccy.piriform.com/results/d7RDjri835r7Yz8SujKEIY3

That's a typical finding and not a drive I'd keep around. While the status is "Good" you always find the owner complaining about issues in copying or use of these drives. It can also show up as nearly explainable (until you know what to look for) pauses and more in Windows.

To see what a good drive looks like, compare those 01 and 07 values to your Samsung and Hitachi drives.

Was the USB HDD unplugged during the run? I didn't see it so no report on its health.

There's a lot of IP connections by System so I'd turn the following off (unrelated to your top issues.)
Read https://www.howtogeek.com/224981/how-to-stop-windows-10-from-uploading-updates-to-other-pcs-over-the-internet/

Hi, yes you're right the usb drive was disconnected during this run.
I've connected it again to usb 3.0 located on the back (was using a front usb 3.0 when I observed the problem).
Here is the result: http://speccy.piriform.com/results/HHIT0TCBGSfGZN1FQwT0F8f

When I look at smart parameter, which value should I look at? I mean there are two values for each parameter labeled 'current' and 'real value' which one is relevant?

I'm a little affraid to try updating the bios, one of my previous mobos died during such operation, would prefer to skip this unless absolutely necessary. Hope you don't mind

The PSU is 5 years old minimum (probably closer to 6, I would have to find order details to know exactly), so I will try replacing that.
I'm thinking about this one: http://www.chieftec.eu/en/psus/ps-2/smart-series/gps-700a8.html
How do I know if it's single line psu? Do you know if it is a good psu? This is just a first look I will read more to find a proper psu.

I will try to order a new psu tomorrow and I'll go to a local shop for the usb y cable (they're closed today).

There are many web pages on reading those values but it's very clear as we compare your 200GB Seagate to the others that it's in trouble.

Let me be clear I do not debate this area. It's very well done and when I find a failing drive, I note it and move on. There are folk that want me to write at length each time this is found. Sorry but I defer to the past, the web and don't want to spend time repeating what's out there. It's dead Jim. (well, not dead, but getting there.)

-> About the front USB ports. So far these are always trouble. I don't use them and avoid all the hassles that come with them. Test if you want, but I wouldn't bother.

Hi,
Thanks for all your help I'll get the data out of the failing drive and disconnect it. I'll then retest again.

Edit:
For now I've disconnected the faulty hard drive and run tests again.
The issue appears when usb drive is connected to usb 3.0 on the back panel but it doesn't seem to happen when I connect it to usb 2.0 port.

I'm not fully convinced this is only usb 3.0 which is failing because all this time both usb keyboard and usb mouse are connected to usb 2.0 ports on the back panel and when file copying triggers the issue they lose power and diconnect.

I'll search for the new PSU and retest with it. If the issue will continue I will try replacing the motherboard, since I'm out of ideas.

Again thank you very much for all the help.

I worry that the USB ports may not be delivering enough power for full 3.0 speed use.

Here's an example of a power Y cable I use when I suspect this.
https://www.amazon.com/Apricorn-USB-Power-Cable-USB3-Y/dp/B010HWEZIS 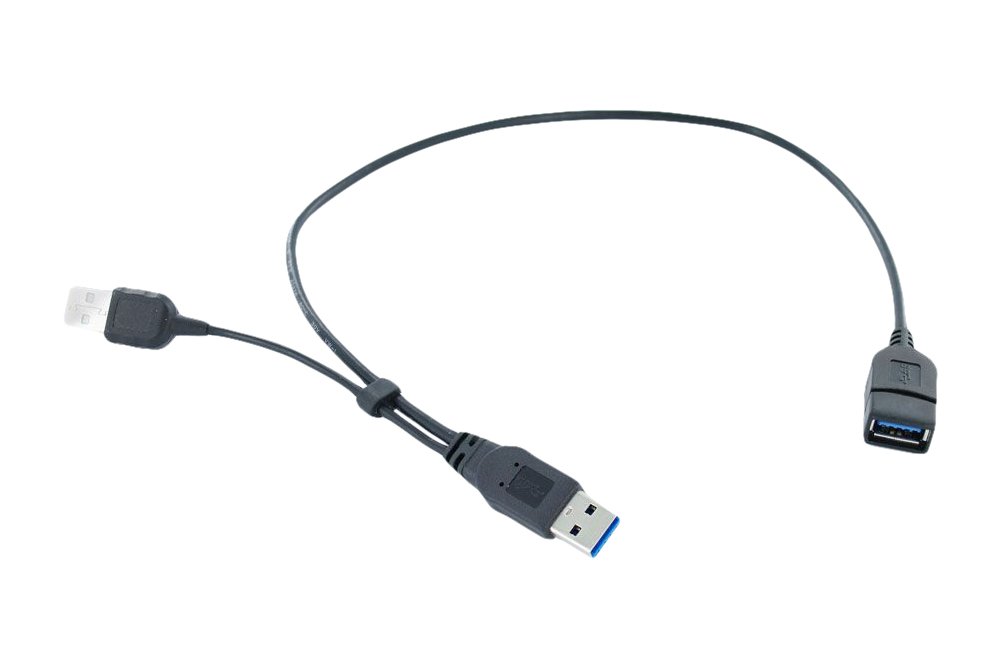 I will try to pick this up at local shop and post back the results.

Hi,
I've purchased and installed a new psu. This is what I bought.
http://www.xfxforce.com/en-us/products/ts-series-bronze-full-wired/ts-series-650w-psu-80-bronze-p1-650s-nlb9

Unfortunately I observed the issue again, but this time I only saw it when copying data to usb drive, not from it.
The speed dropped to 0MB/s and all usb devices (including mouse and keyboard) got disconnected.

It must be the motherboard then?

We would also like to recommend you to exchange the drive.

Is it still under warranty?

Hi, do you mean the internal 250GB drive, that is showing signs of failure, or external usb 3.0 drive I'm using?

And nothing to do with the usb drop out and your hdd being junk.

You have the ram in the wrong slots.

Your running single channel so look in your manual for the proper slots for the ram.

All of your disk are running a little warm so keep that in mind.

Hi, thanks for this information, you were right.
I switched the ram to proper slots.

check the drives with the diagnostic software of the manufacturer, which is in this case SeaTools for Windows. This is the manual for that software.

Hi thanks for the information I will check usb drive with this since after PSU change I suspect it might be the second point of failure.

Hi
I think it is fixed now. I took the risk and updated the bios from F5 to F22f and I didn't see this problem ever since.
I'm running it for 3 weeks now. I'm posting this just in case someone else will have the same problem in the future.

I lost count years ago how often I update. My rule is to not update unless it's in for issues like yours.

I see my first reply was "1. Be sure the BIOS is current" along with you checking the HDD Smart values 01 and 07 which just a few days ago I had another personal experience with.

0
Back to PC Hardware forum
Create a discussion
Create a new discussion
PLEASE NOTE: Do not post advertisements, offensive materials, profanity, or personal attacks. Please remember to be considerate of other members. If you are new to the CNET Forums, please read our CNET Forums FAQ. All submitted content is subject to our Terms of Use.