Creators Update boots twice as slow as before

Waited till yesterday to update. Downloaded and installed. Various issues popped up but was able to resolved. Had to reinstall a few programs. Regarding slower boot, looked at event viewer and it listed several event ID's: 100, 110, 200. Ran microsoft troubleshooter, stated it fixed: service registration is missing or corrupt.

I have today downloaded the "ISO" and I'm thinking of reinstalling using "it" instead of previous method. Since minor issues keep happening, thinking this is the best way forward. Of course I will have to backup and reinstall everything but if it fixes my problems than that will be O.K.

I haven't heard mentioned that there would be these kinds of problems. Wondering if this is going to happen when the automatic install occurs for other people. My sister would "die". LOL.

Looking for any suggestions going forward.

Follow
Follow this discussion and email me when there are updates Stop following this discussion
Reporting: Creators Update boots twice as slow as before
This post has been flagged and will be reviewed by our staff. Thank you for helping us maintain CNET's great community.
Sorry, there was a problem flagging this post. Please try again now or at a later time.
15 Posts
- Collapse + Expand Details
- Collapse -
Answer
I'll keep a watch as our machines update.
by R. Proffitt Forum moderator Apr 26, 2017 11:56AM PDT

But here's a tutorial (fresh!) about how to see where the boot time is spent.

Read https://www.howtogeek.com/304443/how-do-you-determine-the-time-it-takes-a-program-to-fully-load-at-startup/
Example of the screen you want to check out first.

If you are using a standard spinning HDD, it might just be the drive access times adding up. At the office almost all the machines are upgraded to SSD now so it's possible I will see nothing (not like Sgt. Schultz.)

1. Turn this off. Read https://www.howtogeek.com/224981/how-to-stop-windows-10-from-uploading-updates-to-other-pcs-over-the-internet/
2. Consider sharing a Web Speccy. A few members use that to see what they would change, remove or optimize. Read https://www.piriform.com/docs/speccy/using-speccy/publishing-a-speccy-profile-to-the-web
3. Also, don't show me the PC's insides unless it's clean. I don't like seeing the following unless I have my camera ready. 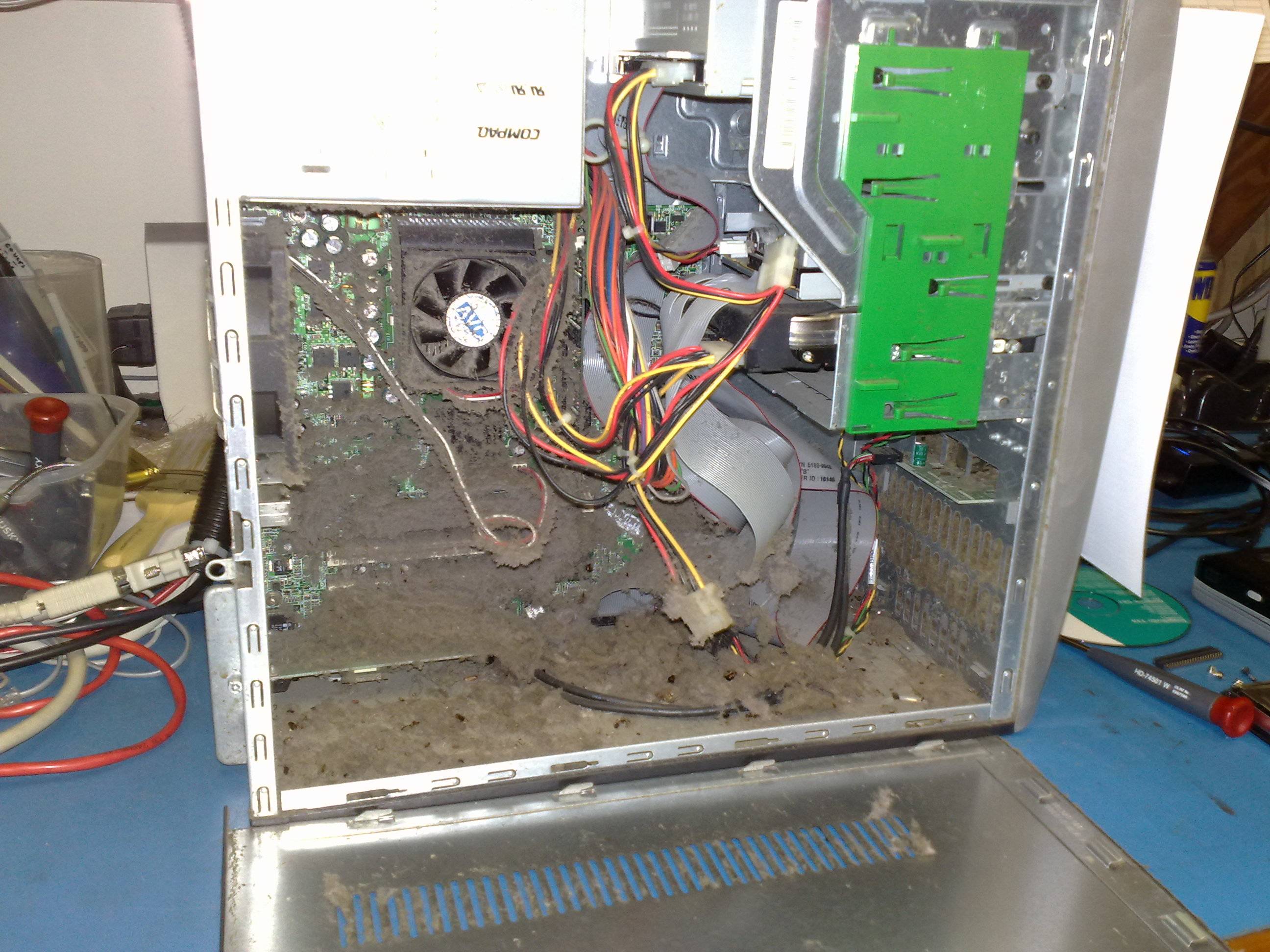 Things I have done thus far to resolve various issues that had been previously resolved:

As previously stated, if this auto update occurs on my “Sister's” computer she'll go nuts. LOL

I know a lot of folk upset over how this huge update put the OS back to the way they shipped it.

That's not a bug so let's focus on the topic of "boots twice as slow as before."

And as such, it's no wonder you have to "re-customize" many of your selections because the Creators Update/upgrade sets things back to default. All of the computers here that I've upgrade had no slow-down issues like yours. But yes, we did have to re-install a few non-Windows programs. You might also check your drivers in Device Manager to verify all is the same as before. There are a few who are finding Windows view of the "correct" driver is not the one you had before.

By the way, I've used both the ISO update method and the online update method. I see no difference but that's up to you.

Another thing: It seems as though the Windows 10 "upgrade" process may not install all the files correctly, or maybe they're damaged, or maybe something else, but running Chkdsk has fixed quite a few of these minor glitches. Try running Chkdsk in "repair" mode to find any damaged files and correct them. Start by opening a command prompt as an admin. Type "Command Prompt" into the search engine and when it appears at the top, RIGHT click on it, choose "Run as administrator". Once there, type chkdsk /f /r /x, leaving the appropriate spaces between the letters as shown, then press the Enter key. You should see a note that it can't be run till a restart is done, type "Y" for yes, then press the Enter key again. Close the command prompt and restart the computer. Chkdsk will run upon restart and will take quite a while to finish.. Don't panic when the progress bar stays at 10% for a long time. It's fairly normal and the Chkdsk process may take a couple of hours.

When it's finished, it will boot to your normal startup/lock screen and you can login normally and then see if things are working correctly again.

What a clean looking tower! Sheesh!!!!

About a year ago, I had a gamer bring a similar tower to me and wondered why it was shutting down and overheating. We took it outside, took ff the side cover and used compressed air to blow out all the dust. It ran fine afterward. She was totally unaware that such cleanings were necessary.

It would be nice to know have slow you mean.

To me, if the computer boots in under a minute or so, it's not a problem. All here, boot in less time than that.

“I know a lot of folk upset over how this huge update put the OS back to the way they shipped it.” – I didn't know this in advance, so someone like my 'sister', that calls me for everything, when the “auto update” occurs she is going to be very upset? Is this really what Microsoft wanted to happen. And, I have been led to believe that you “can't” stop the update when it does come, correct?

“You Have A Lot Of Customizations.” - Granted, but don't we all customize our PC's to a certain degree. Some of the things that you mention as 'customizations', are suggestions that we are all told to do on this very forum. Mr. Proffitt even gave me a link to a couple of “customizations”.

Regarding “scan disk”, because of a previous post about not being able to run scan disk, on this forum, that was the first thing I tried, as I previously mentioned.

“so let's focus on the topic of "boots twice as slow as before." – Yes, I don't have an SSD, so my boot times have always averaged around “one” minute. No big deal. Now its almost two minutes. Granted that's not much. But then I started to see all these “issues”, and yes, now you tell me that the “update” set things back to some previous defaults. So now that I have put my settings back, I would think that my boot times would return, maybe not exactly, but maybe somewhat close. Maybe?

And, again, some of my 'customizations' are meant to improve boot times. Maybe they don't actually help, but that's what their meant to do. I haven't tried the “Black Viper” services thing, yet. I have done them in the past. I don't think I have ever really noticed that it actually helped.

Regarding, device manager, don't really know what to check for there. Don't see any "yellow" triangles and I already checked with Dell website for any driver updates - none available. If you do a spot check on some of the devices, all I see is "device is working properly.

Thanks in advance for any further suggestions.

...and since you were able to run it, that's a good thing, even if it didn't fix your issue. Here, I don't worry if the boot time takes a couple of minutes, as long as the general computer operations are fine after boot. Our users here, start the computer, pour a cup of coffee, then log in. Not a big deal. Still, if you want to fine tune the system, go for it. And although the various Black Viper and other customization steps may help with less resource/memory use and allow the computer to run smoother and quicker, and I also take many of those steps, it doesn't always help boot time.

Another thought.. Have you checked that "Fast Boot" has been enabled? It may not be the default setting.

As to being unable to prevent Creators Update from installing; That's correct in the long term, but it is possible to delay it as long as possible if you're using the Pro or Enterprise editions.. Such "feature" updates can be deferred for a few months, and in those few months, maybe some of the issues, such as Chkdsk, etc. will be remedied and possibly make the impact less on your sister. On version 1607, go to Settings - Update & Security - Advanced options and click the "Defer Feature Updates" box.

If your sister has the Home version, it is possible to block the update by use the settings for a "metered connection".

I did remove the cover on my 'tower' and cleaned it with compressed air – wasn't very dusty since I clean maybe once every six months – computer is in my study.

Checked the “Turn on Fast Startup” in power options, was properly set.

And the “consistent” “Error” Event ID 100 Boot Performance Monitor = can be ignored?

So, in “my” case, Creators Update slowed down my boot up time but that was to be expected.

Maybe in a day or two I'll try going the "ISO" route, anyway, if I still see minor issues cropping up.


Thanks again for your help.

Was there anything slow there?
What was it?

Went to use the 'windows built in defrag program, showed it was at 18%. Started the program but it seemed to stall. So I downloaded the "Piriform Defragger" program, it stated 14%, ran it, took a while. Rebooted, three times now and all times around "one minute and 2 seconds. Which is pretty much where I had always been before Creators Update.

While I didn't think it would make much difference, I downloaded and installed WinPatrol. Set both Cloudmark DesktopOne & PhoneTray to 1minute and 30 delay start. Rebooted and new time was 57 seconds. Might leave it as is or might uninstall WinPatrol.

Thanks again for your assistance

Mine also flagged me and said it was corrupt. The steps I took might help out the issue, it helped me tremendously. I first downloaded Malware Buster https://malwarebuster.com/mb/info17 then I re-downloaded the update. It worked out really well. I highly suggest doing it this way.

Something's fishy there.
0
Back to Windows 10 forum
Create a discussion
Create a new discussion
PLEASE NOTE: Do not post advertisements, offensive materials, profanity, or personal attacks. Please remember to be considerate of other members. If you are new to the CNET Forums, please read our CNET Forums FAQ. All submitted content is subject to our Terms of Use.